NC teen shot by man he thought flagged him down for help, family says 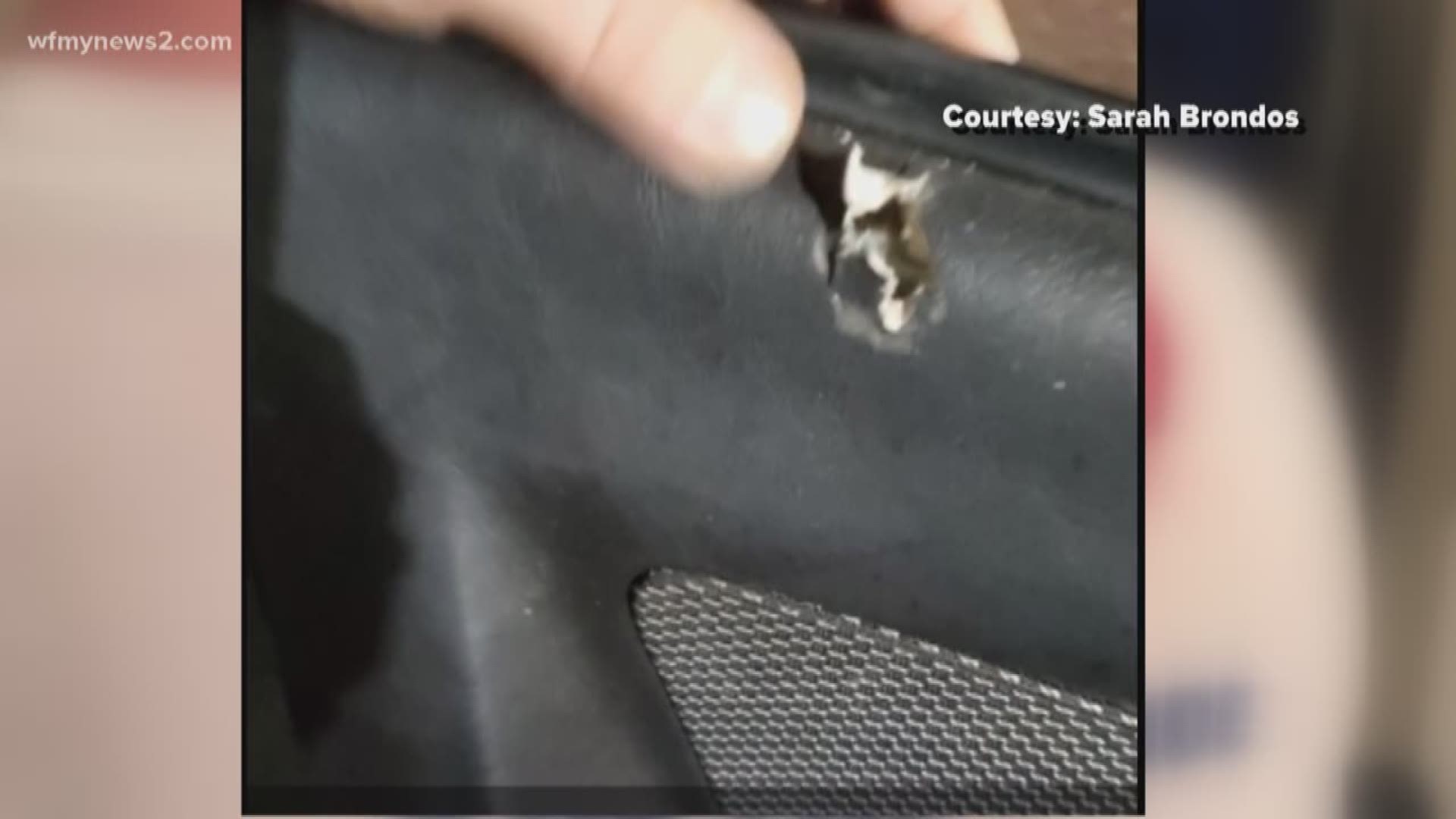 WILKESBORO, N.C. — UPDATE: Wilkes County deputies have arrested Alphonso Jones as a suspect in this case. They say Jones felt that the victim was driving too close to him and using his high beams. Jones is charged with Attempted Murder, Assault with A Deadly Weapon With Intent to Kill.

A Wilkes County mom is grateful her son is alive after she says a driver shot him. Sarah Brondos says her son Gibson thought the driver was flagging him down for help. Instead, the family says the driver fired two shots at Gibson, striking him in the back.

The incident happened on Black Friday as the 18-year-old was returning from a trip to Walmart and heading to a friend's.

Gibson told Wilkes County Deputies he was driving behind a red sedan on Winkler road when it started slowing down, forcing him to drive closely behind.

"He put his hazards on and he started going really really slow to the point of stopping and I figured his car might've broken down and he might've been out of gas," said Gibson Brondos.

The teen said at that point, he drove up next to the vehicle to ask the driver if he needed help and that's when he said the driver brought out a gun and fired two shots at him.

The teen was grazed in the back by one bullet while the other lodged in his car door.

"I felt a tightness on my back and I froze up, till I heard the second one and I thought that was it," he recalled.

"I didn’t want to believe it was real because there was no reason for it, so I didn't know what to think. It wasn't until the cops came and said yeah that's a bullet hole and I was like I guess just got shot at" said the teen.

The family is offering $1,000 to help lead to the identification and arrest of the suspect. 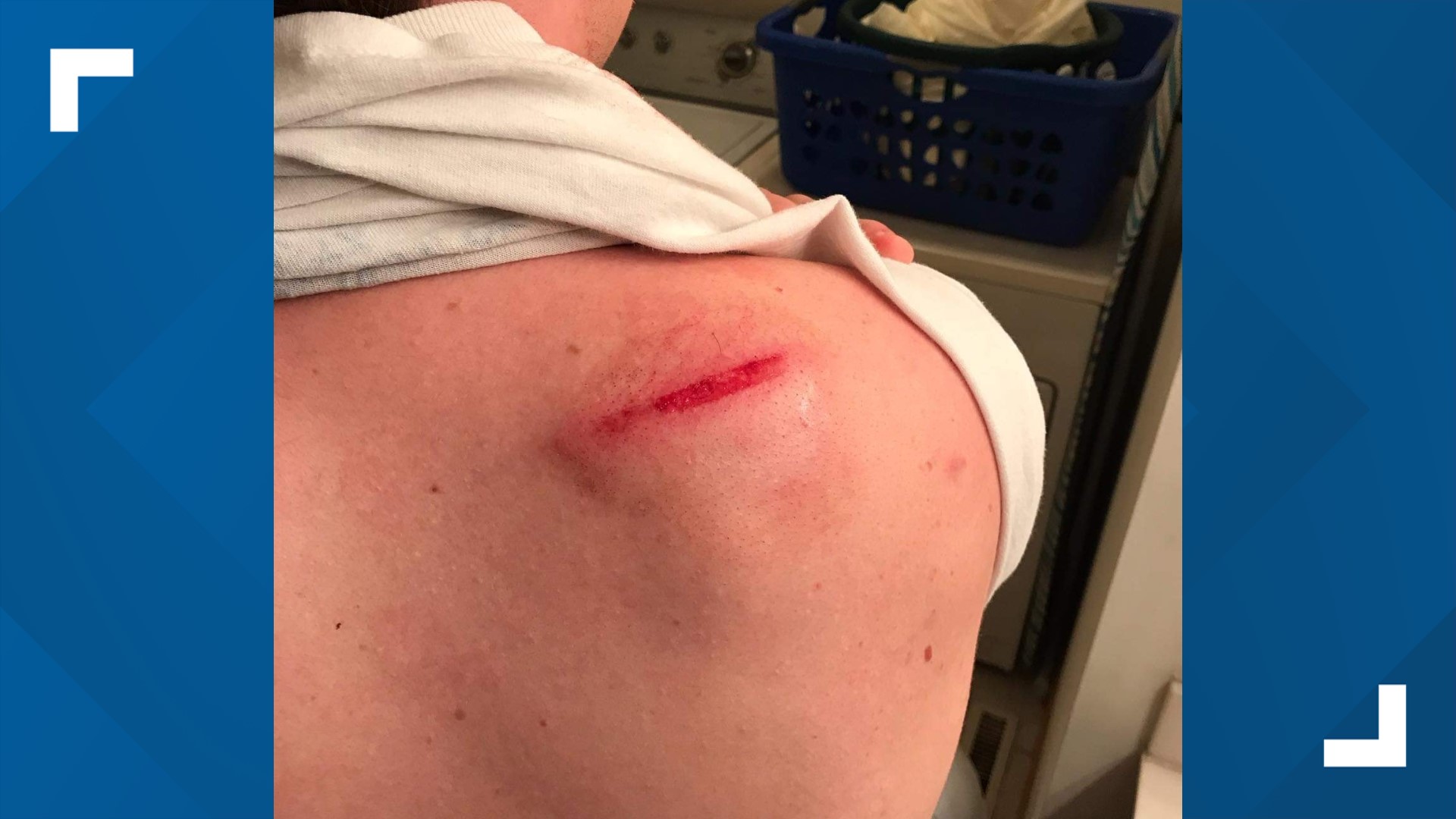 "We are seeking help to solve a shooting that could have taken the life of my son. I am still in shock that this happened and reeling from the rollercoaster of emotions surrounding ... But we need help and there is a reward offered for information that leads to the arrest of whoever shot at our son Friday (11/29) night.

He was driving from Walmart on Winkler Mill (behind Tractor Supply) road when the suspect turned on hazards and waved him around. Our son stopped to see if he needed help when two shots were fired at our son! One going through his jacket and grazing his back, the other lodging in the passenger door. The bullet was pulled from his door, and it looks like a 9mm. We need your help!!! Someone knows something and we'll pay $1000 to get this person off the street. If you have any leads or information please personal message, call, or text me (336-262-4525) or call Wilkes County Sheriff's Department (336-903-7600). You can remain anonymous.

We are flooded with gratitude that he is alive...One inch difference and we'd be dealing with a homicide and we'd be burying our son!!!

Deputies say the suspect was driving a red four-door sedan, possibly a Subaru.

RELATED: 'Somebody's in the middle of the street shooting at us!' | Greensboro 911 calls reveal suspect fired at multiple drivers along Lees Chapel Road

RELATED: 'I was looking down the barrel of a gun' | Triad woman shot at by suspect standing in the middle of a Greensboro road