Triad utility workers are mourning the loss of one of their own. 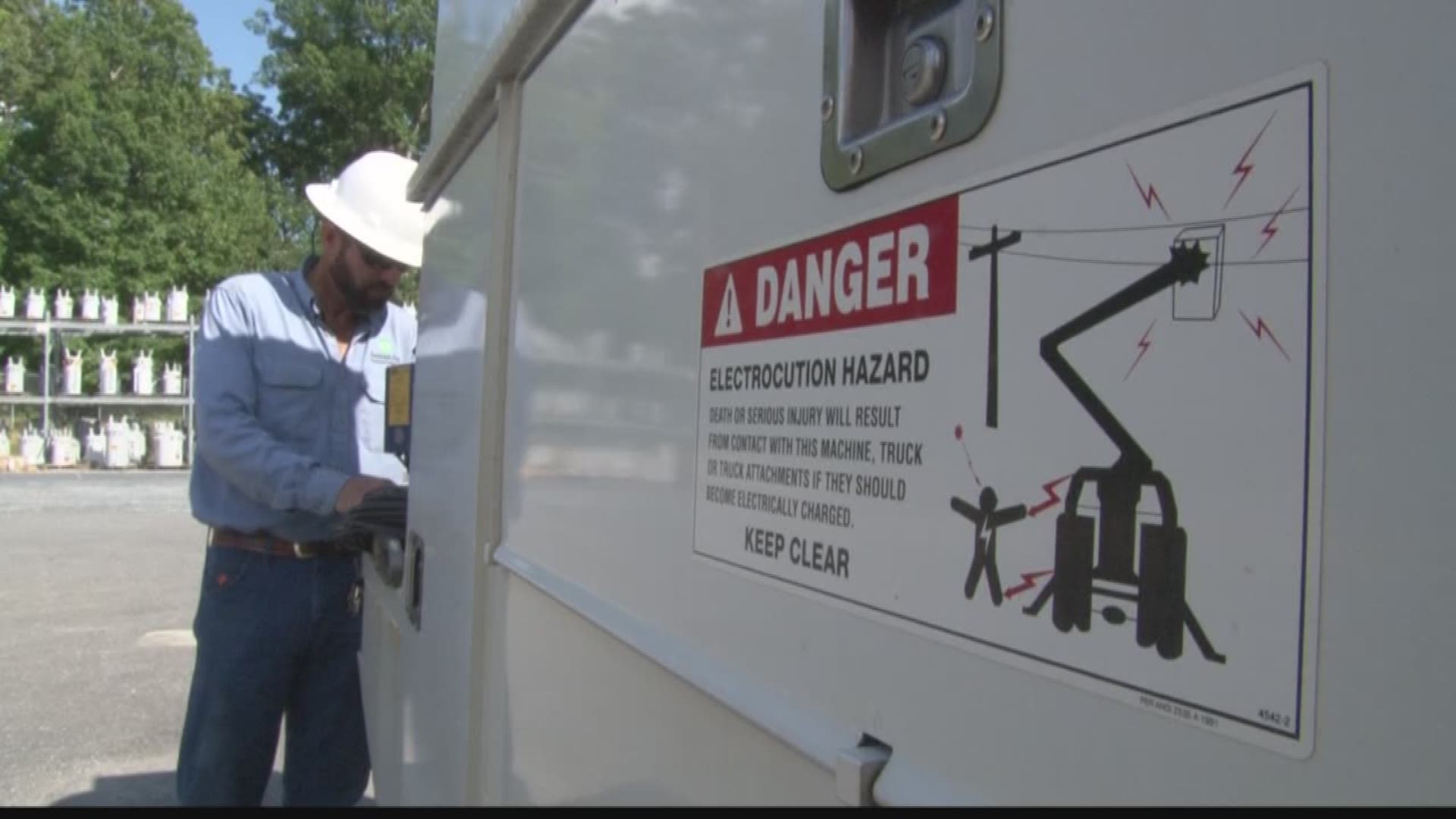 RANDOLPH COUNTY, NC -- Triad utility workers are mourning the loss of one of their own.

63-year-old Samuel Thompson, a 20-year-lineman from Danville, was electrocuted in an accident on the job Thursday.

Officials with Danville Power and Light say Thompson was inside an elevated bucket truck, responding to a power outage, when the accident occurred.

Jereme Garner, a lineman with Randolph County Electric says it's a tragic reminder of the dangers of the job.

Garner says most accidents involving utility crews happen during the month of July because crews are busier responding to summer storms.

Garner says working in hot temperatures with lots of distractions makes the job of a lineman more difficult.

Officials have not released the official cause of the deadly accident in Danville.

But Garner says it's a harsh reminder for crews to check their safety equipment and watch each other's backs at all times.

Garner says drivers should remember to stay away from crews working on the roadway -- give them space to work.

Never touch a downed power wire. It could still be live wire.