The explosion sent shock waves around the world including in Greensboro. Ashley Nassar's family is physically okay but she wants to help. 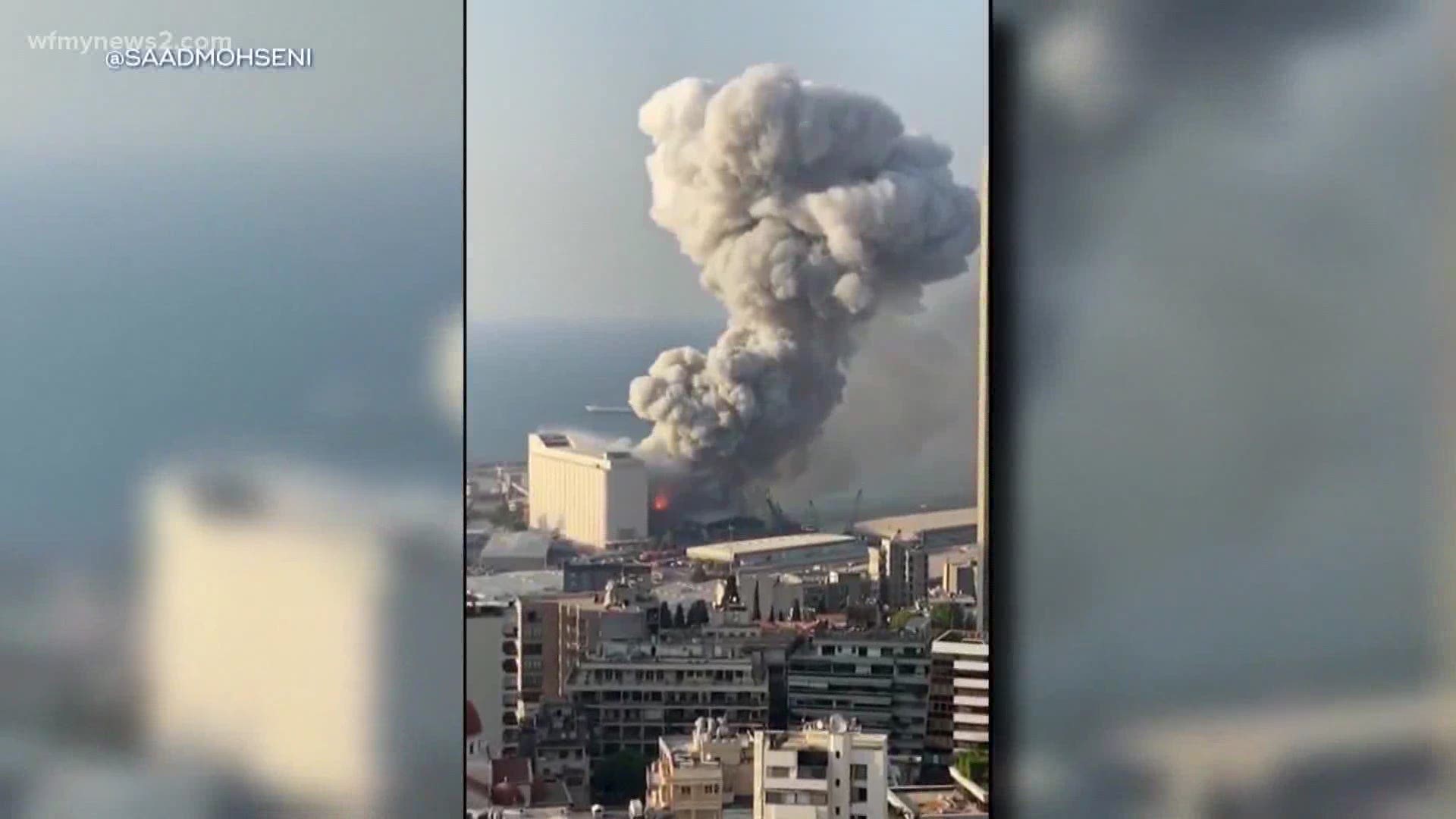 GREENSBORO, N.C. — Nearly a week ago an explosion in Lebanon's capitol, Beirut, killed 149 people and left 5,000 wounded. The massive blast stretched more than 700 feet from and registered as a 3.3 magnitude earthquake. The busy city center is now torn to pieces. Life is unrecognizable for people there.

The explosion hits home for a Triad woman whose family is still near Beirut. She says a feeling of helplessness inspired her to take action and you can get involved.

"Sadness, anger, you know a lot of this is due to the corruption us that is happened in Lebanon it has continued to happen. It was something that could have been avoided so it's just it's very hard being here," The explosion in Beirut Tuesday sent shock waves across the world that reached Ashley Nassar in Greensboro. Almost her entire family is in Lebanon, thankfully, none of them were physically hurt.

"They're about a mile away from the port," she said. "So they don't have tons of damage, just structural damage, otherwise they're very lucky that everyone is physically okay."

Nassar watched the blast happen live on social media and immediately reached out to her aunts, uncles and cousins. But knowing they're safe wasn't enough, she wanted to help.

"So just this kind of general not being able to help," she said. "Seeing everyone, they are affected by it and just wanting to be able to do something. I mean knowing that we have the means and the ability to get items there."

Medical supplies, items to clean with, essentials that are running low in the country - Nassar is collecting and sending over. But even that isn't as easy at it sounds. The port is severely damaged.

"We're still able to get things here by air. Luckily the airport had pretty minimal damage so flights are being able to come in and freight's are still coming in."

Nassar says the Lebanese are resilient and are already doing what they can to recover from this catastrophe but that doesn't mean we can't help.

"You know the people are getting the help that they need but getting the resources they are especially the medical supplies it's going to help them. There's still rubble and there's still people underneath rubble."

Nassar is collecting medical supplies, non-perishable food, items to clean up with, hygiene essentials and money to pay for supplies and shipping. You can drop donations off at two locations: 306 Grumman Road or Pure Barre at 1310 Westover Terrace Suite 105, both in Greensboro.

CLICK HERE for a form to make a donation and see the most-needed supplies.