‘Turn Around, Don’t Drown’ ignored during reporter’s live shot over and over

WFMY News 2's reporter, Janson Silvers and viewers got a front row seat to what happens when people ignore the warning. 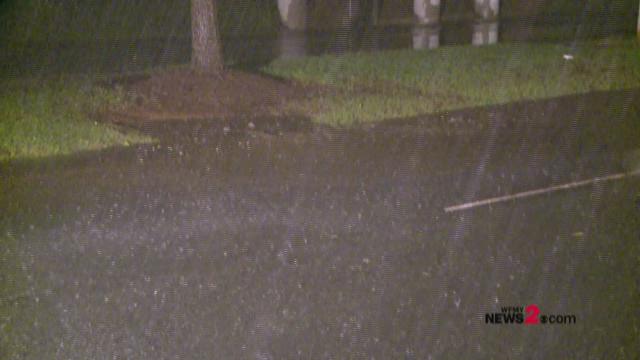 It’s one of the phrases echoed by the National Weather Service, law enforcement, fire departments and newsrooms all over the nation in an effort to save lives by preventing people from driving on flooded roads.

►Get the latest list of Road Closings due to flooding

Just 12 inches of water can carry away a small car and more than half of all flood-related drownings occur when a vehicle is driven into flood waters.

Yet, all too often people ignore this deadly warning.

WFMY News 2’s reporter, Janson Silvers and viewers got a front row seat to what happens when people ignore the warning.

Silvers appeared in multiple live shots in an effort to warn drivers to avoid the area of Cone Boulevard near Yanceyville Street in Greensboro.

We all watched while in fear of drivers becoming trapped and that’s exactly what happened. Car after car, and even a tractor-trailer ventured through the flood waters. One driver said he didn’t realize the road was flooded until it was too late. A tow truck driver was on the way to remove the vehicle.

WFMY News 2 did see two drivers backup and go in the opposite direction.

One tip that could help is that if you can’t see line markings on the road, turn around. Do not drive through the water as it’s likely flooded.

Remember to “Turn Around, Don’t Drown” as many flash flood deaths occur at night.