Since 2000, elk populations have rebounded in East Tennessee. State wildlife officials hope people can appreciate the rich history of the animals. 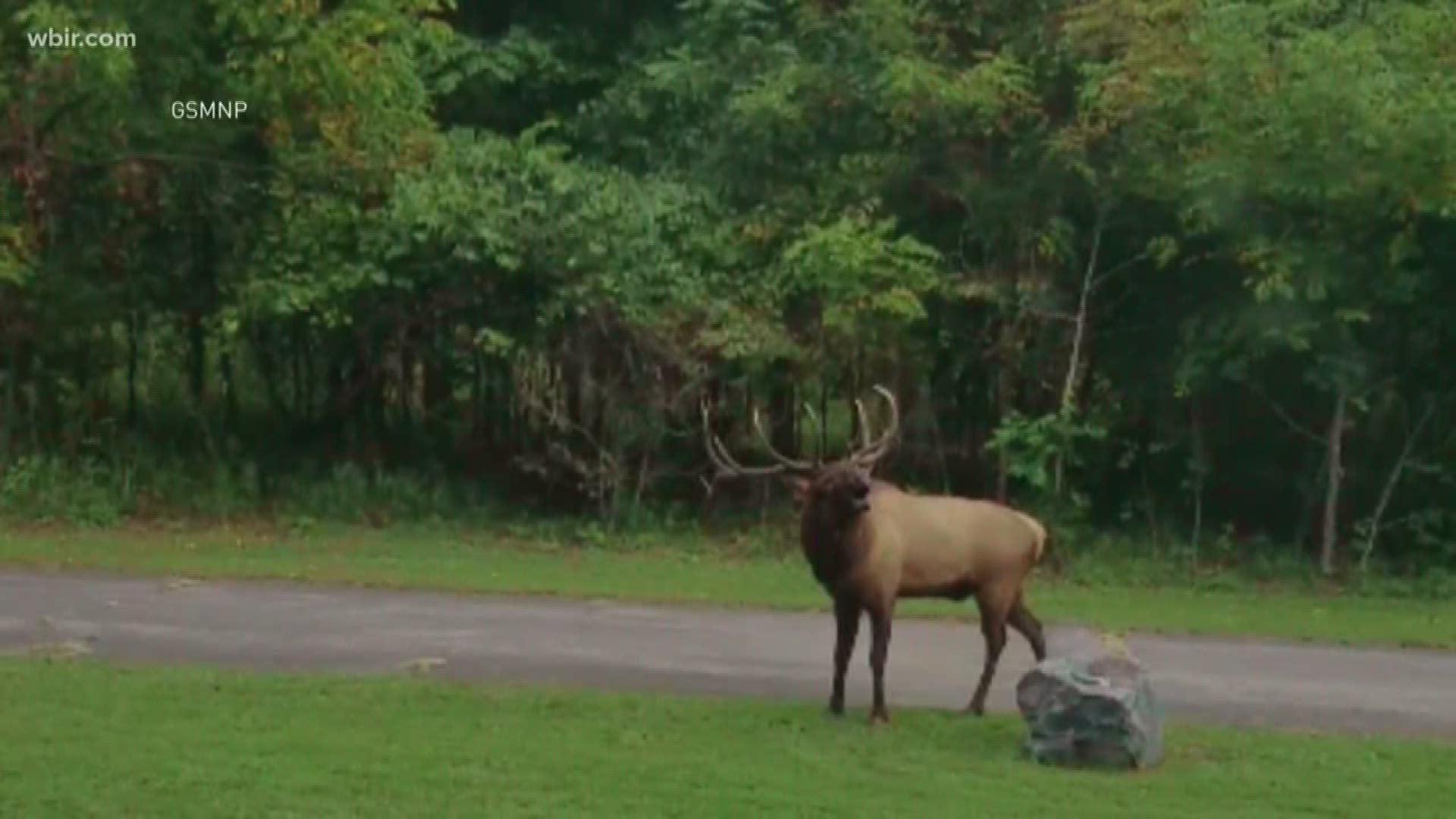 If you listen closely this time of year, you can hear elk echoing in the mountains of East Tennessee.

Their distinctive bugling marks the start of mating season, which runs from September to November.

“It’s like nothing else in the wild,” said Matt Cameron, spokesman for Tennessee Wildlife Resources Agency. “It’s hard to describe to people.”

An elk in foggy Campbell County.

“The males will start bugling, that’s just a territorial thing to let the cows know where they’re at,” said Cameron.

A herd lives on the North Carolina side of Great Smoky Mountains National Park, and TWRA manages about 400 head in Campbell County. In 2005, TWRA partnered with the Tennessee Wildlife Federation to build a viewing tower in the North Cumberland Wildlife Management Area.

Elk are native to Tennessee, but had to be reintroduced in 2000, Cameron said.

TWRA hopes to help people experience elk from their comfort of their homes. The agency is building a livestream camera at the Campbell County viewing platform – though the trip is still worth it.

“They’re so fascinating to see in person,” said Cameron. “It’s one thing to view wildlife on a screen, but to go see these animals in person, just to see them, hear them, experience them – that’s a true East Tennessee experience.”

Though he hopes people remember to keep their distance.

“We don’t encourage people to get out in the fields and approach them,” he said. “They’re still wild animals, even though they’re pretty accustomed to people. Any wild animal could feel threatened and turn on you.”

Still, he hopes people come to appreciate the creatures, and their rich history.

“It’s a little glimpse of what Tennessee might have looked like a few hundred years ago,” he said.

TWRA hopes to have the camera online in the next few months.