The UNC System Board of Governors announced Tuesday they've accepted Chancellor Folt's resignation and it will be effective Jan. 31. 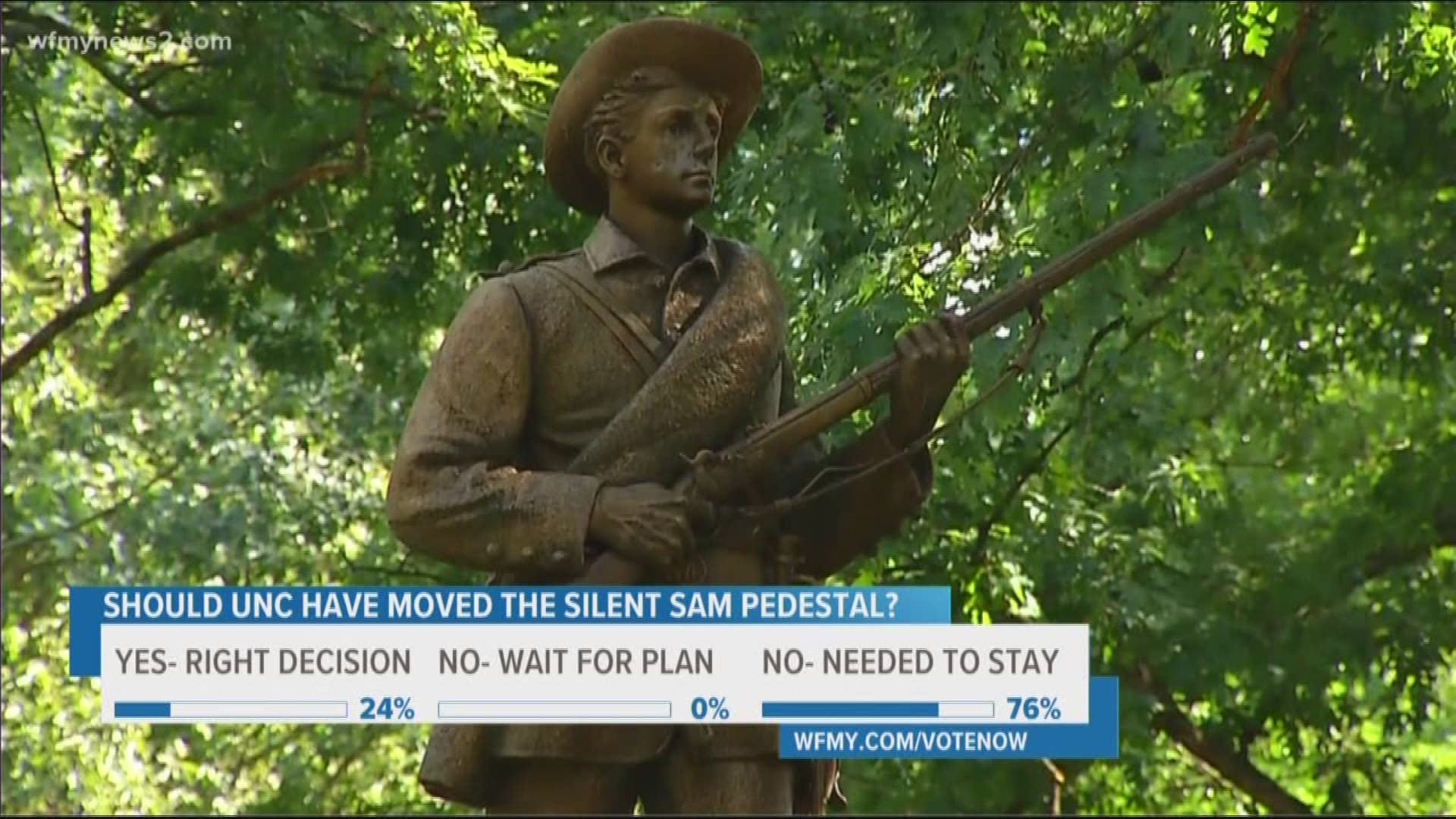 Interim president William Roper will be authorized to name an interim chancellor at the University of North Carolina at Chapel Hill.

Monday Carol Folt announced she is stepping down as chancellor of the University of North Carolina at Chapel Hill (UNC-CH). Folt said in her statement she would step down following graduation at the end of the academic year.

"First, you’ve heard me say many times that it is the privilege of my life to serve as chancellor of this great university," Folt said in a release. "I’m deeply proud of what you’ve accomplished and what we’ve accomplished together since I became a Tar Heel nearly six years ago in 2013."

Folt also announced she has authorized the removal of the base and commemorative plaques from the Confederate Monument site in McCorkle Place.

"As chancellor, the safety of the UNC-Chapel Hill community is my clear, unequivocal and non-negotiable responsibility. The presence of the remaining parts of the monument on campus poses a continuing threat both to the personal safety and well-being of our community and to our ability to provide a stable, productive educational environment," she said.

Folt also said the base and tablets will be preserved until their future is decided.

"While I recognize that some may not agree with my decision to remove the base and tablets now, I am confident this is the right one for our community – one that will promote public safety, enable us to begin the healing process and renew our focus on our great mission," said Folt.