Detectives believe a woman captured on surveillance video is their suspect. They believe she's the same person wanted in three states for similar crimes. 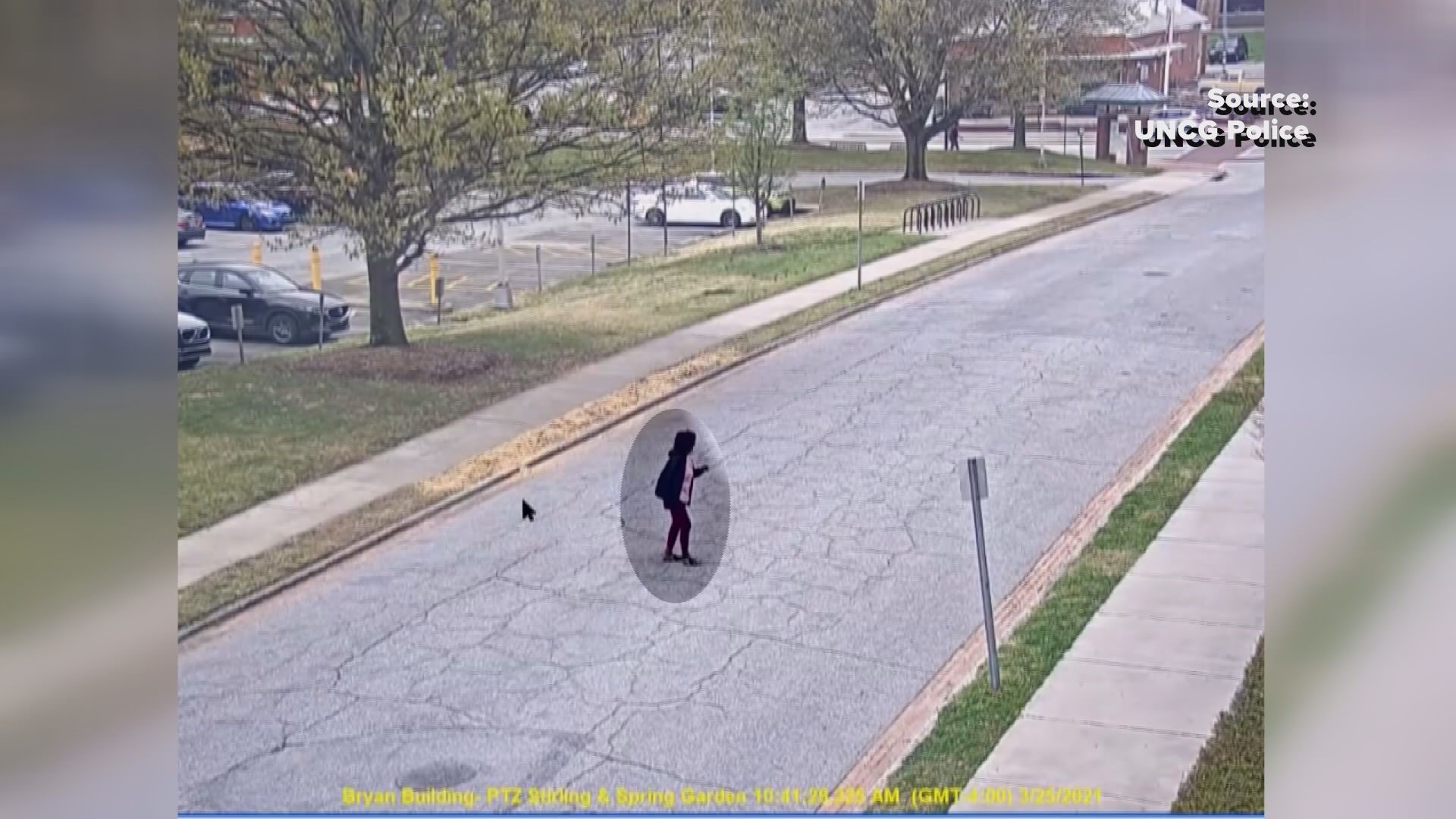 GREENSBORO, N.C. — UNC Greensboro Police believe a woman wanted in three states is the same woman who stole credit and debit cards out of the university's campus offices.

A short time after security cameras show she left campus, a UNCG employee got alerts of suspicious activity from her bank.

The employee checked her purse to find some of her cards were missing and reported the theft to campus police.

Detective Jaime Young said at first they thought the employee had lost the cards and someone else had picked them up. Then he started looking at the surveillance video.

"(The suspect) leaves campus and drives to a Walmart off of 29 north of Greensboro and uses the cards and purchases approximately $800 in gift cards," Young said.

"One of the benefits about UNCG is we have a lot of cameras on and around campus so we can literally watch her from the moment that she comes onto campus in her vehicle and the moment she drives off," Young said.

The suspect walked through three buildings during the hour she was on campus. She drove a Mitsubishi SUV investigators found to be a rental.

Detectives believe they know the identity of the suspect but are not releasing her name at this time. They believe she is the same woman who has carried out similar crimes in several states.

"She’s been in bigger cities, she’s been in smaller cities. She’s really been all over the place. Many states really all across the country. I’ve read reports on her. She’s been arrested and she’s done jail time," Young said.

Young said he believes the suspect has charges dating back to the 1990's. She is not believed to have any ties to Greensboro or UNCG.

"This is a different kind of case. One that kind of surprised us and came out of nowhere," Young said.

UNC Greensboro Police said only one victim has been identified at this time but Young said it's possible that more come forward.

Young said the Walmart Surveillance video shows her holding as many as five cards in her hand. Only three stolen cards have been identified at this time.

Investigators are asking for any information on the suspect. They also advise people to keep a watchful eye on their belongings.

An infant was beaten to death. Her mother, boyfriend now charged with first-degree murder