Remembrance ceremonies are being held across the country, including one on UNC’s campus. 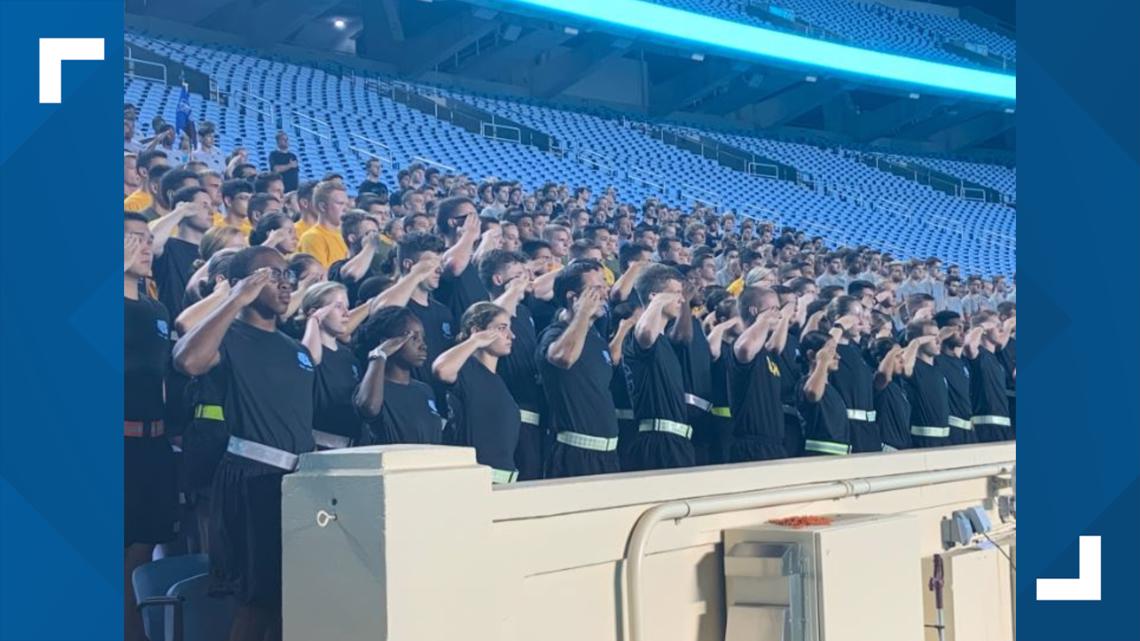 Students and first responders came out to Kenan Memorial Stadium Wednesday morning to climb the equivalent of 110 flights of stairs to honor the victims in the Twin Towers and the rescuers who ran into danger to save those inside the buildings.

Some of the local first responders in attendance have participated in the event before and said going up the stairs made them wonder what the New York City firefighters, police and medics were all thinking when they ran into the World Trade Center on Sept. 11, 2001.

It’s why they participate, they said.

Each person climbed 2,076 stairs, the equivalent number of stairs in the World Trade Center.

The event is particularly meaningful for the university as six of the school’s alumni were killed in the attacks.

RELATED: He was the only American to watch the towers fall from space

RELATED: Talking To Kids About 9/11