An investigator said a check engine light came on and then the engine compartment started to smoke. 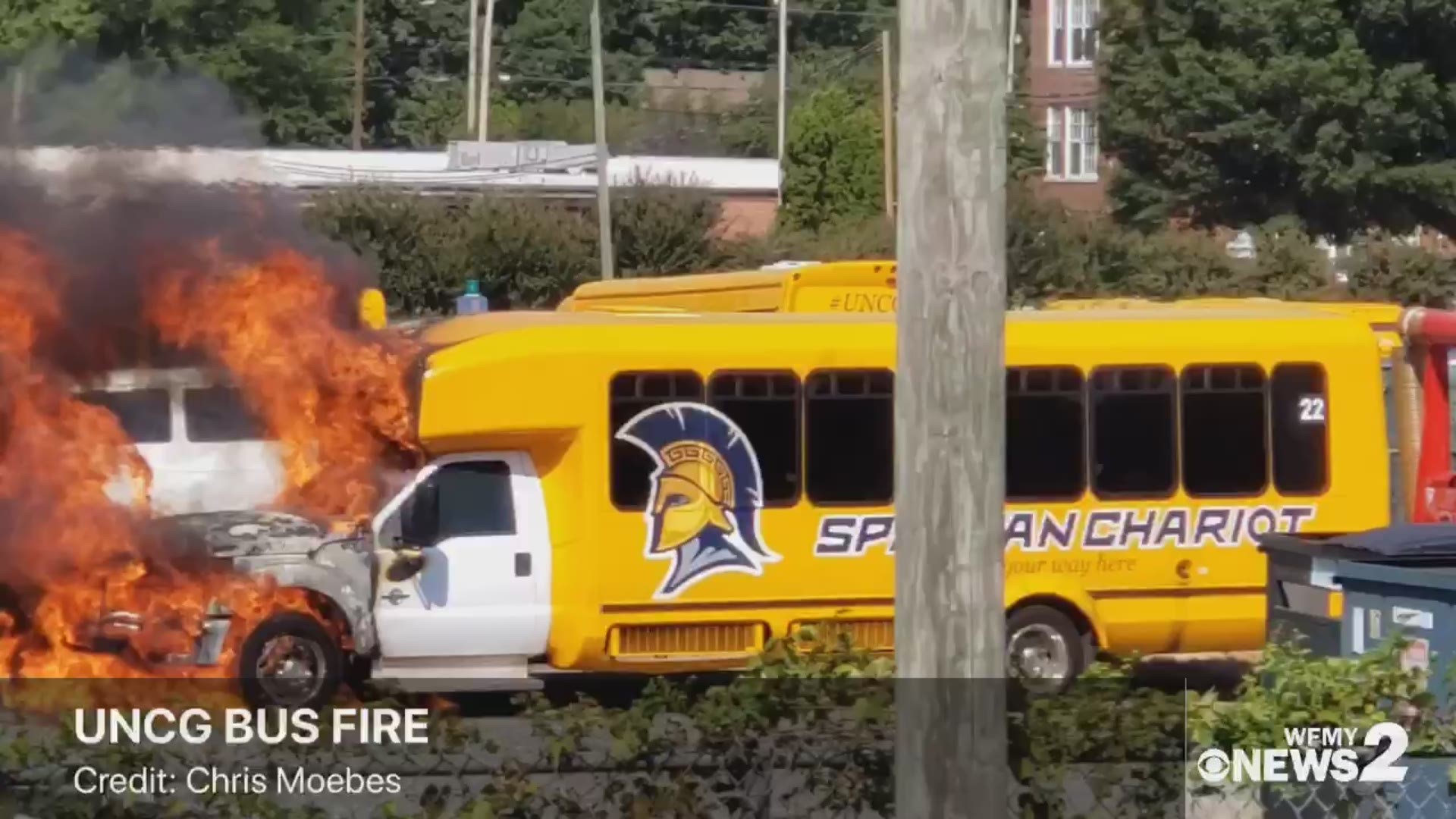 GREENSBORO, N.C. — Greensboro Fire says a UNCG  bus caught on fire around 2:22 p.m. Thursday. The bus was located at Northridge Street and Oakland Avenue when it happened. Investigators confirm it was not on campus.

An investigator said a check engine light came on and then the engine compartment started to smoke. They also said that's where the fire started. The cause of the fire has been ruled as an unspecified mechanical problem.

No one was on the bus or was injured at the time of the fire.

RELATED: Answers to the Top 5 Most-Asked Questions About the New WFMY News 2 App

RELATED: 'Crying. Screaming. I Want My Mom, I Want My Dad' | Man's Trip to the Bank Becomes Rescue Mission After Bus Crashes