Alamance County Sheriff's Office is looking for the couple a neighbor said dropped the animals off and drove away. 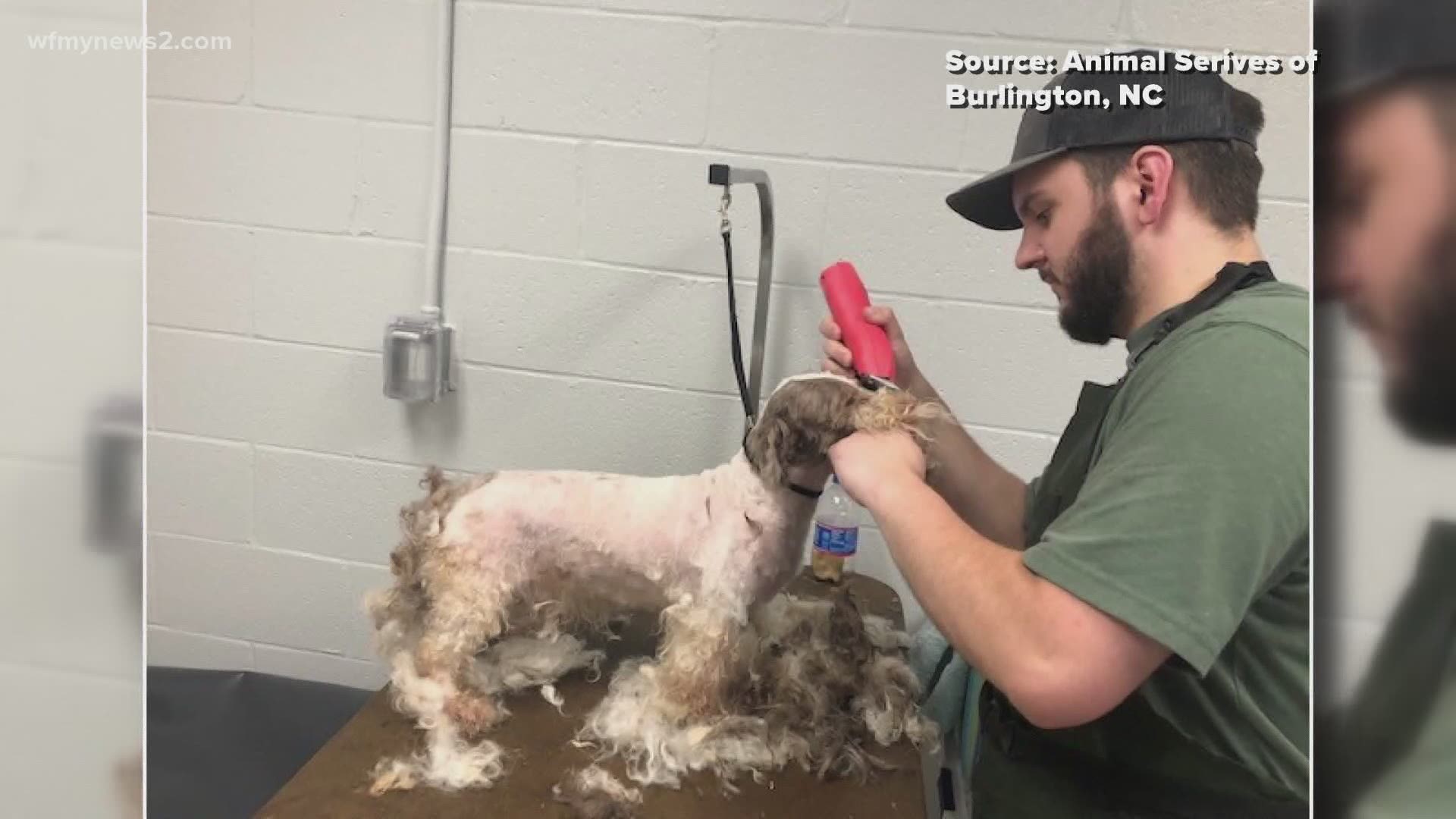 BURLINGTON, N.C. — Officials with the Burlington Animal services said nine small dogs that were found by a neighbor on Tuesday have all been adopted. According to authorities, the dogs, most of them poodle or Shih-Tzu mixes were unkempt with heavily matted hair and hadn't been bathed in a while.

Now the Alamance County Sheriff's Office is looking for the people the neighbor said dropped the animals off and drove away.

"It's just, it's a heartless thing to do," said Weston Barnhardt one of the neighbors on Harris Rd. in Burlington.

Barnhardt just happened to be at the right place at the right time when he spotted a couple in a white truck pull up near his home on Tuesday.

"I was pulling out of my driveway and I was going to get off the road and there was a white Silverado parked right here. I didn't think anything of it. The passenger door was open and I figured the wife was doing something," Barnhardt said.

He was heading up the road to his father's house, but he said he felt a nudge in his gut which made him take another look back at the white truck.

"And then I saw these poor animals walking around and the truck just went by me, they looked at me, and I kind of threw my hands up like why did you drop off the dogs basically," he said.

Barnhardt whipped out his cell phone and called Animal Control. He also got video of the dogs and tried to keep some of them together on the side of the road as he waited for authorities to arrive. He also brought the little animals a bucket of water. In the video, you can see some of the dogs running around oblivious that they had just been abandoned and left to the elements, while some others were visibly burdened by the weight of their matted hair.

"It's very unusual for us to encounter a situation like this where nine dogs of any breed are just dropped off by the roadside, so we can't imagine what the circumstances may have been, we just don't know," said Jessica Arias, Burlington Animal Services.

It's a crime in North Carolina to abandon animals and authorities are asking for help finding the couple who dropped the dogs off.

The staff at Burlington Animal Services spent the past few days giving the dogs a makeover and treating them for sores. Officials say all the dogs have now been adopted but would remain at the shelter at least till the middle of next week before being united with their new owners.

"I'm glad that the story got out there and those dogs are being adopted because now they look lovely, like adorable sweet animals," Barnhardt said.