UPS is investing $316 million into two new job sites in the Triad. 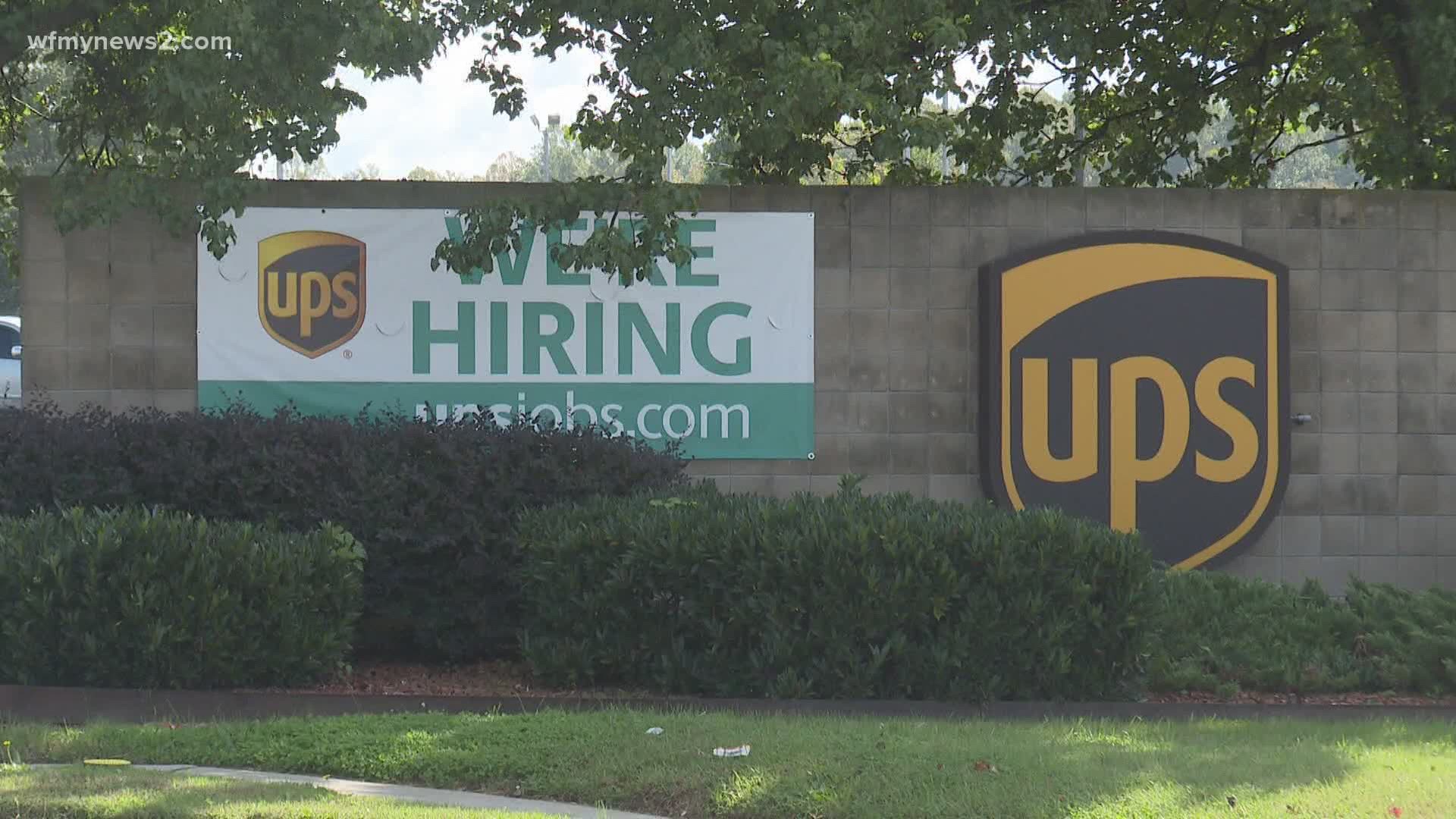 During a news conference, North Carolina Department of Commerce, Tony Copeland said, UPS will invest $316 million into a new job site in Mebane and Graham over the next four years while expanding the existing Greensboro job site. The company will bring 592 new jobs to the Triad.

Guilford County Chair of Commissioners Jeff Phillips said 141 of those jobs will be in Guilford County. He also announced UPS will invest $52 million into Guilford County. Phillips did not specify whether or not that money is coming out of the aforementioned $316 million.

The additional 141 jobs will be created by UPS expanding its existing Greensboro hub, commerce department officials said. The 451 remaining jobs will be created from the construction of a new package car center at the N.C. Commerce Center in Graham at a new location in Mebane's industrial park, state officials said. Both cities of Mebane and Graham have jurisdiction over the new site.

"This is the largest capital investment in one single project ever in Alamance county, it's a large Greensboro project and it just connects the dots not only with North Carolina but to the world," said Secretary Tony Copeland of N.C Commerce.

The average salary of the positions at the Graham/Mebane facility will be $65,000, Copeland said. Average salaries for the new UPS jobs in Alamance and Guilford counties will average $41,000 and $49,000, respectively, state officials said.

"The county and the community college are always very interested in partnering with our local businesses to increase their workforce availability," Amy Galey, Alamance County Board of Commissioners.

"It's a great economic boost not only for our business partners but for us citizens and our residents," said Sharon Hightower of the Greensboro City Council.

State officials estimate the UPS project will increase North Carolina's GPD by approximately $1.4 billion and bring in $38.5 million in tax revenue in the next 12 years.

North Carolina Gov. Roy Cooper reflected on the UPS announcement, pointing out the timeliness of the project.

“The pandemic highlights that supply chain management and delivery services are critical during a crisis. These two expansions are a bold investment that add up to hundreds of jobs and millions in investment across North Carolina,” Cooper said.

This is a developing story. Stay with us for more details about the jobs and UPS' investment.