'How is his life worth a misdemeanor?' Family calls for justice after 6-year-old killed by red light runner

One year ago today, Rayden Ginsburg passed away after being hit by a driver running a red light. The driver was only charged with a misdemeanor. 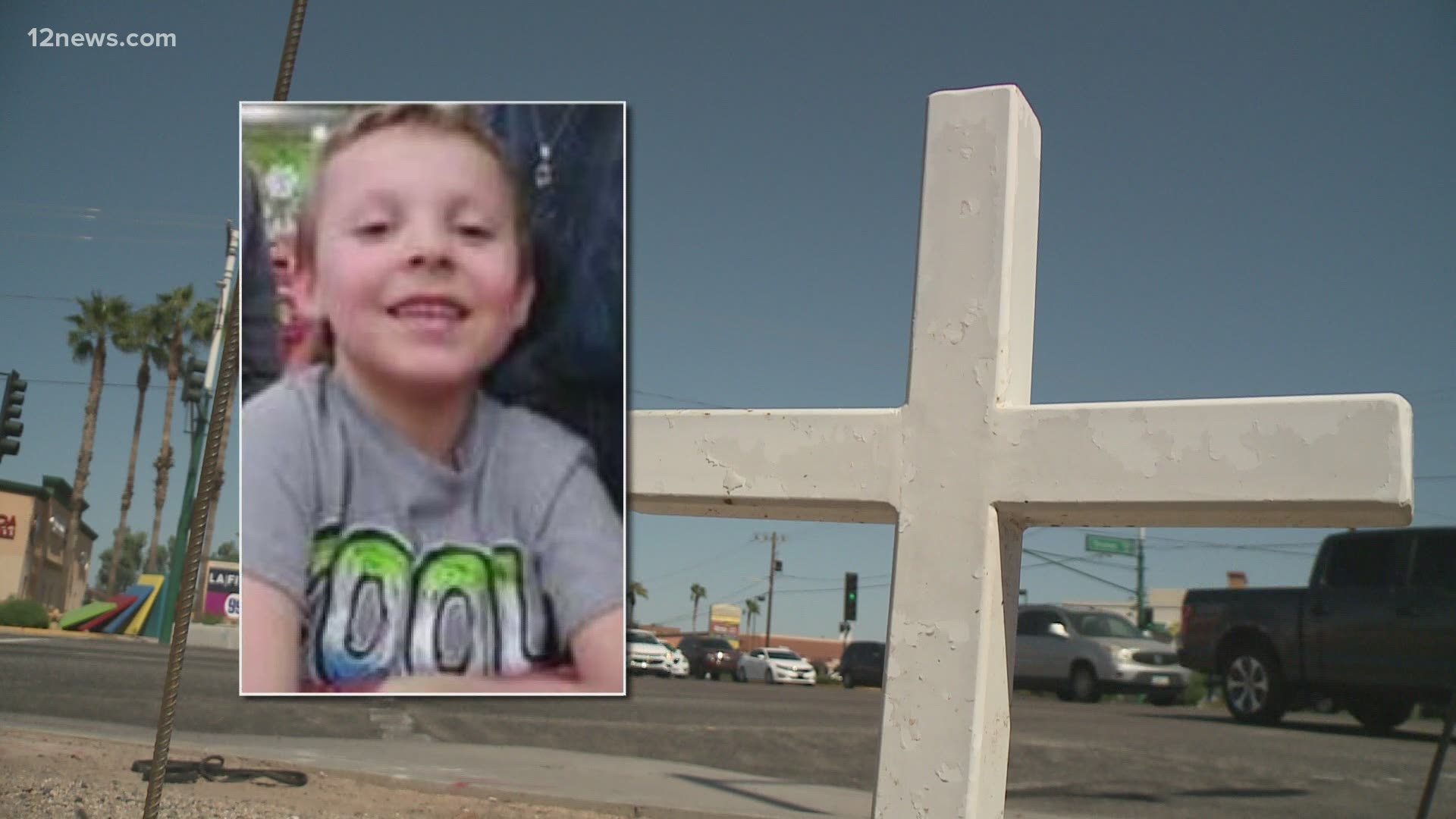 PHOENIX — Rebecca Ginsburg would do anything to be able to see her one and only son again.

“I would do anything to give him one more hug, one more kiss,” Rebecca Ginsburg said.

Her son Rayden died a year ago after a man driving a truck ran a red light and killed him.

She still remembers getting the call that her son was involved in an accident. He was being watched over by two babysitters when the three were hit trying to cross the street at 75th Avenue and Thomas Road.

The next day, she would watch as doctors would do one last check for signs of brain activity.

“It’s a very, very traumatic thing. I still have nightmares about it. To watch him not respond to anything...that was the most heartbreaking thing,” Ginsburg said.

Ginsburg lost her only son. Rayden lost his life.

The driver now faces only a misdemeanor.

“How does a 6 years old's life become less than anything, it doesn’t become a felony charge? How is his life worth a misdemeanor?"

In a statement, the Phoenix Police Department said the drivers' actions reportedly involved stopped short of a felony based off the law as it is written:

"On October 8, 2019, the Phoenix Police Department Detectives investigated a collision involving a male driver who failed to stop for a red traffic signal and struck three pedestrians. Detectives determined through their investigation the driver was not impaired, speed was not a factor and the pedestrians had entered the crosswalk prior to receiving the walk signal. One of the pedestrians, 7-year-old Rayden Ginsburg succumbed to his injuries and was pronounced deceased."

"After detectives completed their investigation, based on the facts obtained and the applicable Arizona Revised Statutes (ARS), the driver was cited for ARS 28-672 , a class 1 misdemeanor for causing serious physical injury or death by a moving violation and 28-645A3A - Failure to Stop for Red Light."

“How does that serve as justice for my son? It doesn’t,” Ginsburg said.

The family wants to see the case brought to a higher charge.

Rayden’s family will see the suspect in court in November, shortly after what would have been Rayden’s 8th birthday.They plan to file a civil suit, as well.

The family does have a Facebook page for updates as they push for change. You can see it here.