Officials of the Salvation Army Boys & Girls Club in Winston-Salem said if the thefts continue buses may not be available for activities. 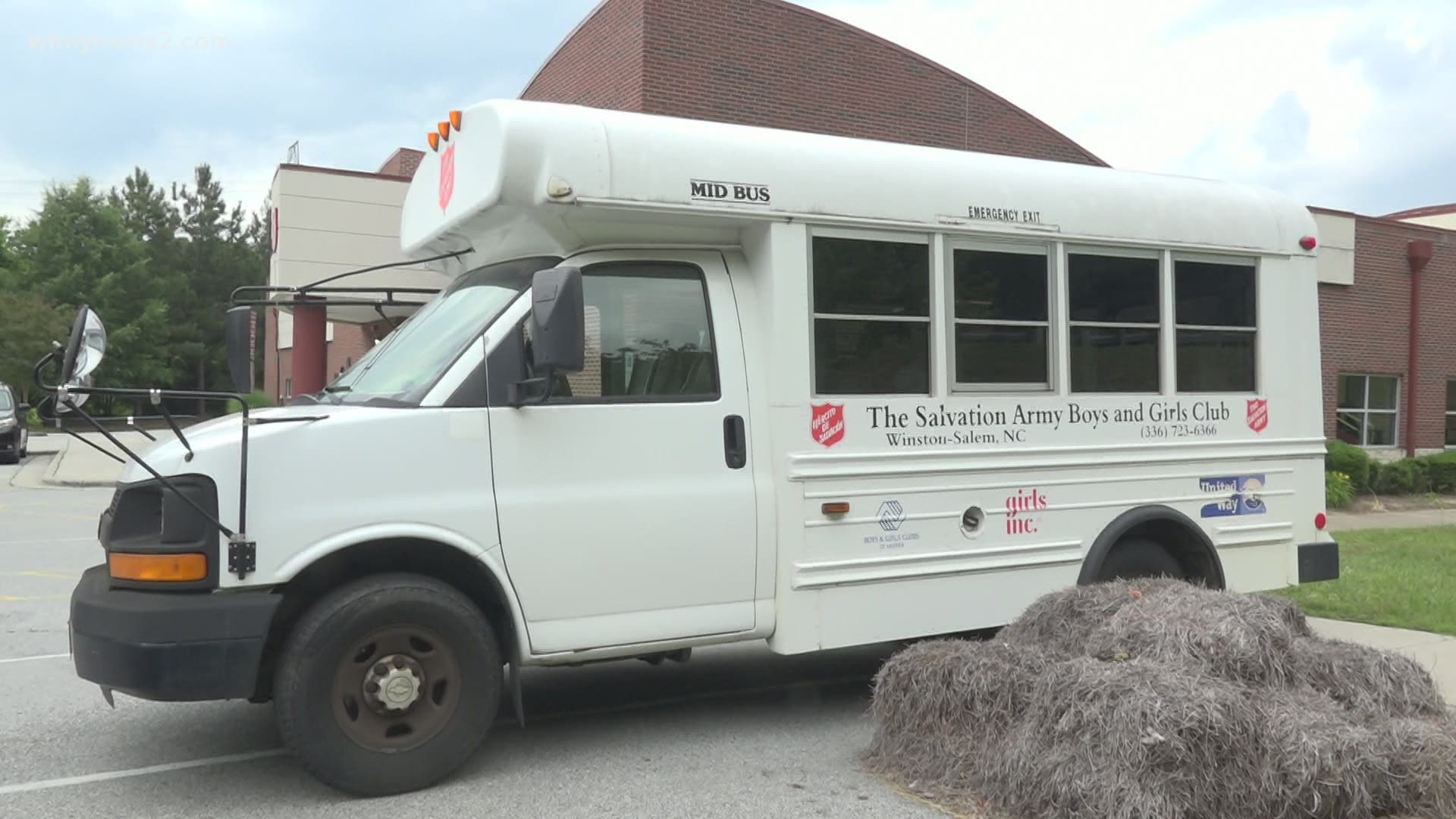 WINSTON-SALEM, N.C. — Plans to return to a more normal camp schedule at the Ken Carlson Salvation Army Boys & Girls Club in Winston-Salem are in jeopardy.

Officials said a series of vandalism incidents to buses is the latest challenge the center has faced in the past few months.

"Four buses in our Boys & Girls Club fleet have had their catalytic converters stolen in recent months. One of the buses has had it happen twice," said Major Andrew Wiley, Area Commander of the Salvation Army of Greater Winston-Salem.

Experts said catalytic converters are valuable because of the precious metals inside which help filter emissions. Law enforcement also said because they're not protected with a cover, they're easy to steal with simple tools and hard to trace once gone.

RELATED: 'It was loud, you could smell the exhaust,' More than 300 catalytic converters stolen in Greensboro

"We understand catalytic converters are popular targets for thieves these days and we are insured, but we have to have our buses available if we're going to be able to offer field trips for our summer camp members this year," Wiley said.

"Because we've been in COVID for a whole year our children missed field trips last year so they were really looking forward to field trips this summer," said Sylvia Adams with the Boys and Girs Club of Winston-Salem.

Some of the children at the club said they were disappointed about the thefts.

"If you want something, you could just build it or buy it, but not stealing it because stealing is wrong," Mikaylah Fuller, a sixth-grader said.

"We raised a lot of money to get all the stuff and now we don't have it because y'all took it," Vivian Gerald, a third-grader said.

Officials said two buses are being repaired but they fear the vandals will strike again.

"If this continues to happen, we're not going to be able to do pick-ups and that's going to be an interruption for the parents because of them having to find a way to get their children if we cannot pick them up," Adams said.

In addition to the buses, the catalytic converter has been stolen from a club mini-van, and the organization's gate posts were torn out of the ground during one of the thefts.

"We are grateful to the Winston-Salem Police Department for their diligence in investigating these thefts but we remain concerned that, should they continue this summer, there will be a severely adverse effect on the programs of the Boys & Girls Club," Wiley said.

The children just want an end to the vandalism so they can have their summer fun.

"If you haven't used it, you need to give them back, because this belongs to us and we paid a lot for that," Fuller said.

"If we find out who did it, it's going to be more trouble for y'all, so please don't do it again," Gerald said.

Anyone with any information on the thefts and vandalism is encouraged to notify the Winston-Salem Police Department.