VERIFY: Is It Safe To Eat Cherries?

A viral video showing worms in a cherry has some swearing off cherries forever. 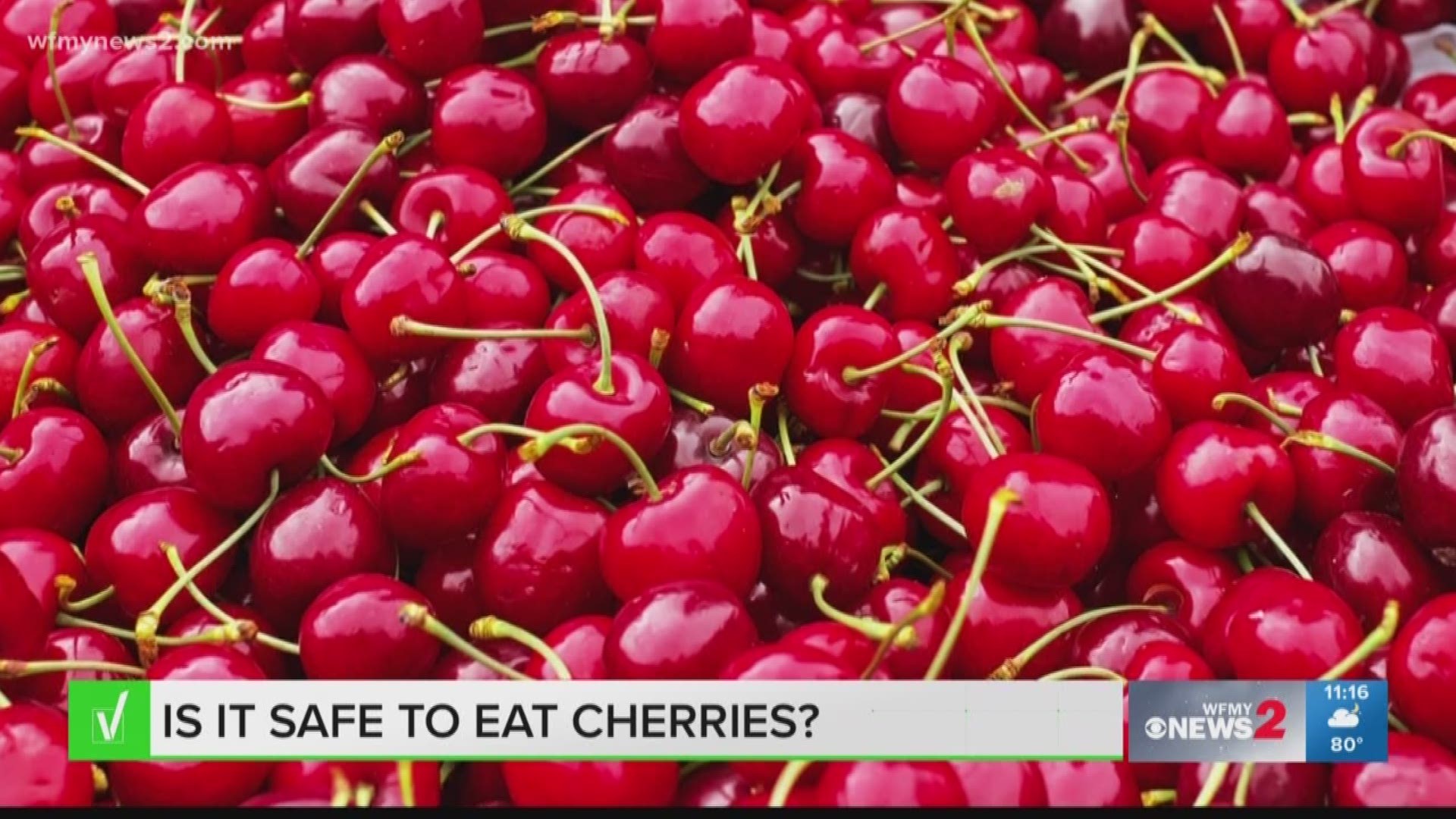 GREENSBORO, N.C. — A viral video showing worms crawling around split cherry has some refusing to eat cherries again saying they aren't safe. The video posted to facebook in June was viewed more than 40 million times.

Amy Ballard with the Davidson County Agriculture Extension office says yes worms can be found in cherries, but don't swear them off just yet. She explains worms like what are displayed in the viral video tend to be one of two types of larvae-- a Western Cherry Fruit Fly or a Spotted Wing Drosophila or SWD.

She says they can also burrow in other fruit like blueberries, blackberries and raspberries.

Ballard says infestations of SWD were a concern for growers starting around 2009 on the west coast before it traveled east.

But the good news is you don't have to worry about it much from cherries you buy at the store.

The Agriculture extension office says there's a zero-tolerance threshold for SWD in fresh fruit sold in the United States.

Meaning, if just one piece of infested fruit is found during an inspection, the entire shipment can be rejected.

Commercial growers also use pesticides to prevent the larvae from forming.

We have no idea where the cherries in the video came from, maybe from a backyard.

Ballard says she doesn't know of any recalls or recent statements about any infestations.

So what's being shown in the viral video is likely an isolated incident.

We can verify it is safe to eat cherries.

If you do happen to eat a worm though, experts say it's not toxic to your health.