Vice President Kamala Harris wrapped up her tour at GTCC's Center for Advanced Manufacturing and at Thomas Built Buses in High Point. 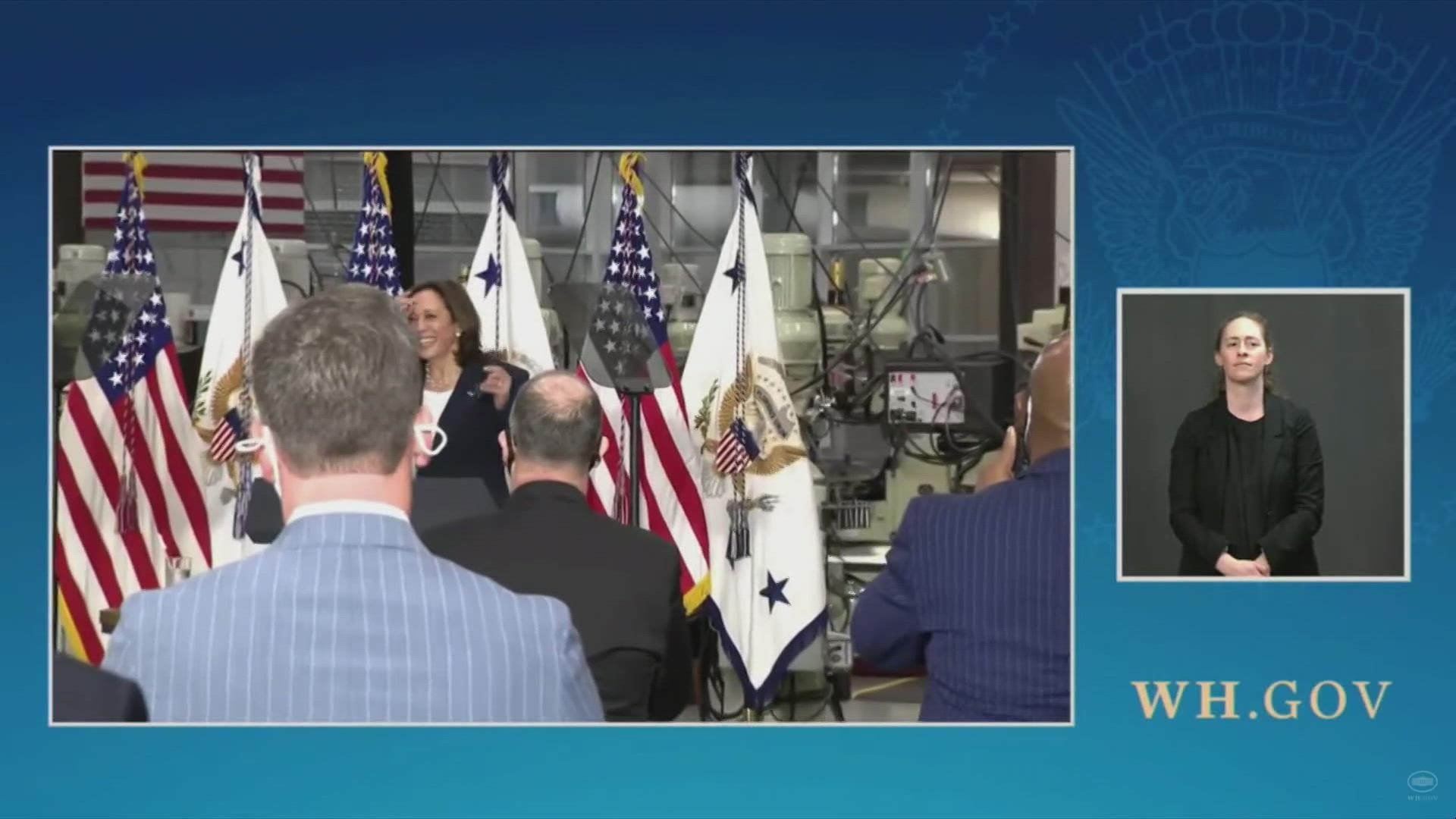 GREENSBORO, N.C. — Vice President Kamala Harris was joined by Gov. Roy Cooper for her stop in the Triad Monday to discuss the American Jobs plan. It's her first trip to the state since becoming Vice President.

Vice President Harris's first stop of the day was Guilford County Technical College's Center for Advanced Manufacturing, where students learn everything from welding to building cars to machining.

Harris said these are exactly the kinds of good-paying jobs the White House administration wants to create more of through the American Jobs Plan. 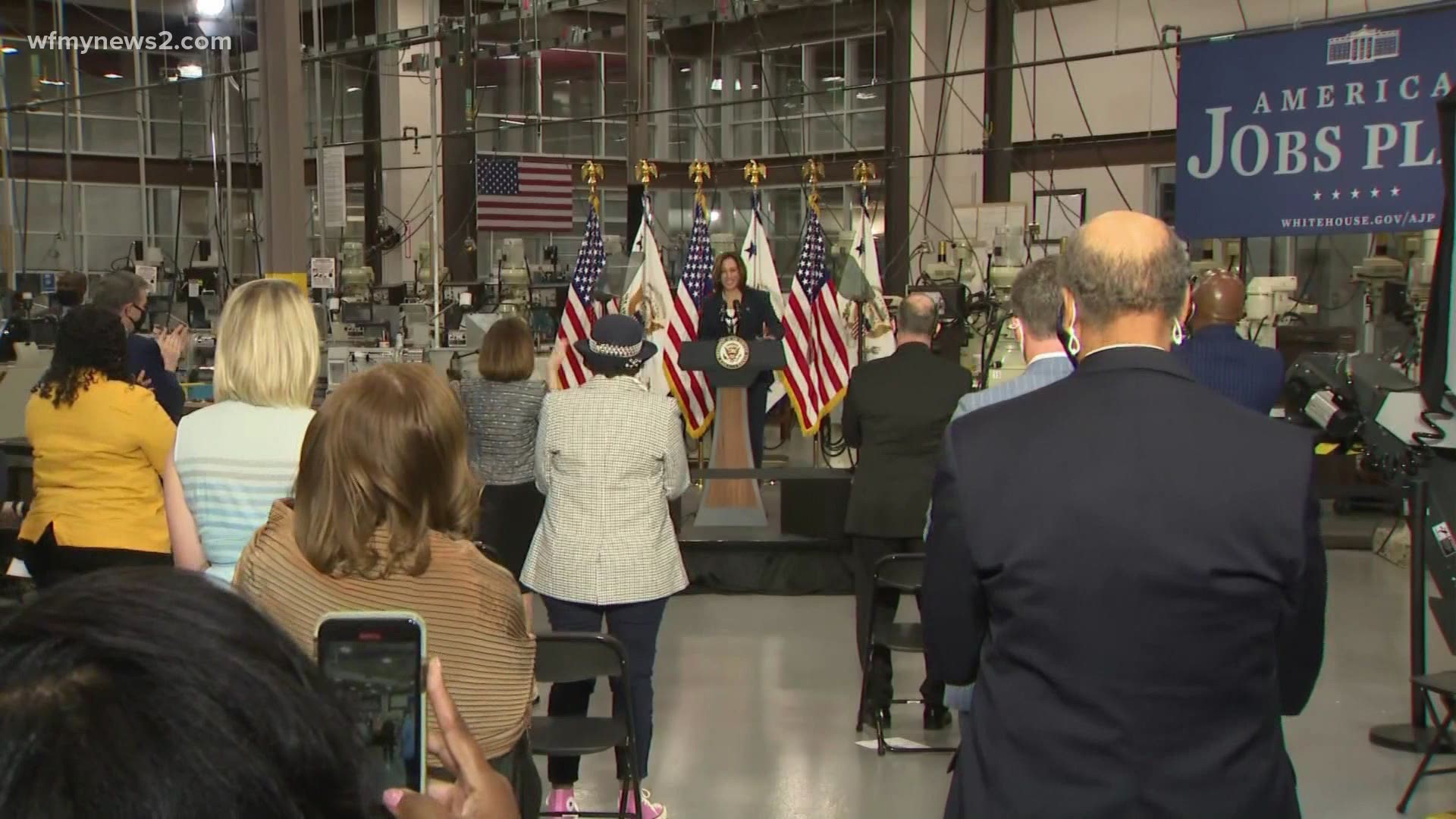 The $2.7 trillion plan wants to get Americans back to work by rebuilding infrastructure. It includes upgrades for old bridges, highways and airports, as well as a push to make more electric vehicles.

"We are going to take a giant leap into the future," Harris said. "That is what the American Jobs Plan is all about."

"It will be the largest jobs investment our country has made since World War II," she continued.

Harris said the American Jobs Plan will bring good jobs to the country, adding that her definition of a "good job" doesn't mean working other jobs to make ends meet.

But it's going to be a tough sell. No Republican senators have come out in favor of the plan - many of them calling it a liberal wish list. Political science professors say that's a big reason why the White House administration is touring the country - to try to sway public opinion.

After her GTCC visit, Harris visited Thomas Built Buses in High Point, where electric school buses are made.

"This Thomas bus is a model for the country and the world on what is possible," Harris said.

She finished her trip in the Triad with a surprise visit at the International Civil Rights Center and Museum.

This was the Vice President's first trip to North Carolina since taking office.