Pence will join the president during the rally at Target Center. 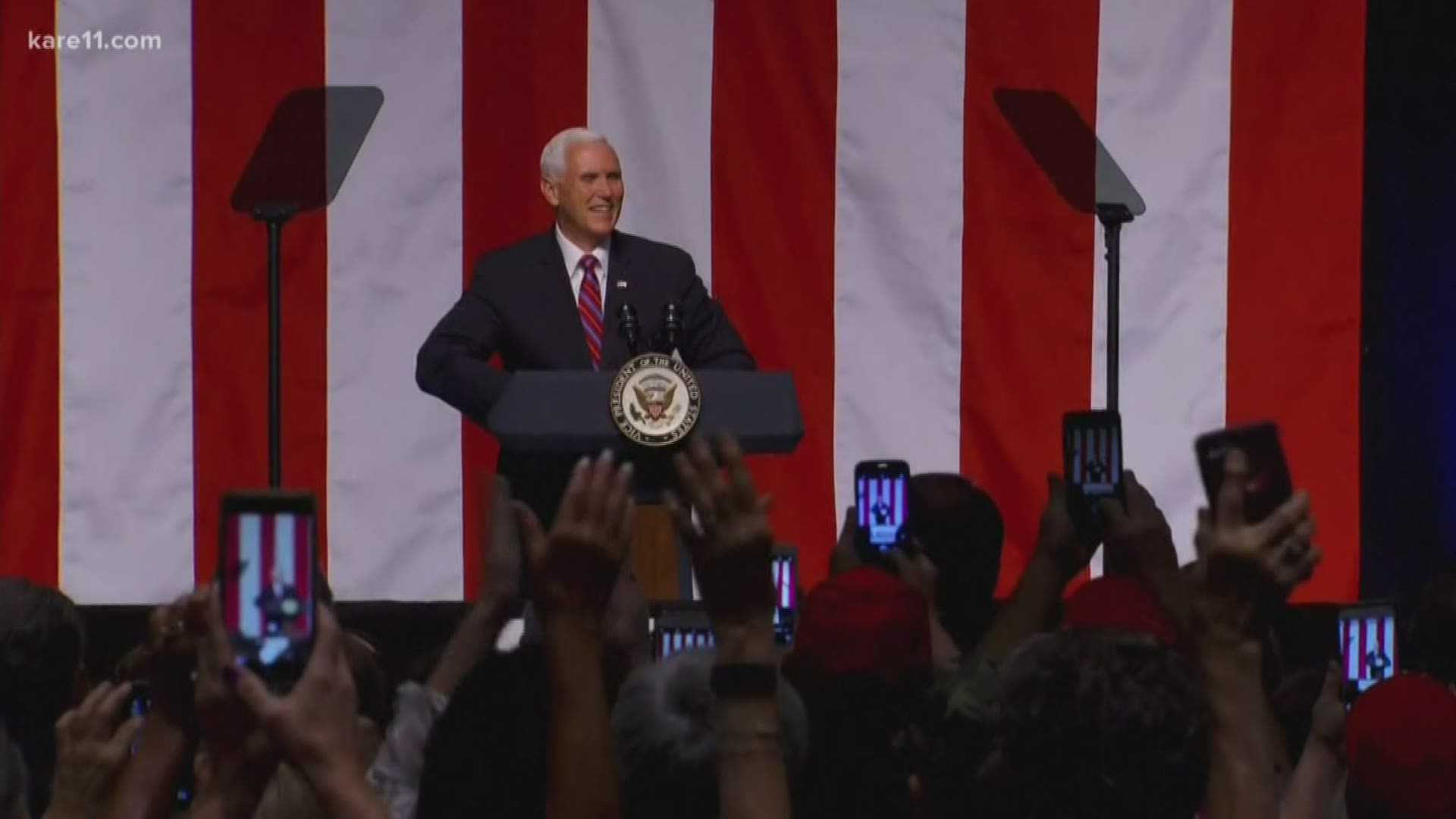 His office says he'll attend an event at Safety Signs, a local business in Lakeville, before joining President Trump at Target Center for a 7 p.m. rally — the first public campaign stop since the start of the impeachment inquiry.

It's no secret the Republican National Committee wants to flip Minnesota red after Trump lost here by fewer than 45,000 votes in 2016.

"We know that Minnesota is on the map and in play for us in 2020," RNC Minnesota communications director Preya Samsundar said. "(The last election) was the first real opportunity a Republican had of winning Minnesota since Richard Nixon in 1972."

Before the rally, Pence is set to visit part of Rep. Angie Craig's district, a district Republicans are targeting. It's part of an intentional strategy by the GOP to flip seats held by Democrats in congressional districts where Trump won in 2016, such as the 2nd Congressional District in Minnesota.

Rep. Craig, in a phone interview with KARE 11's Danny Spewak, said she hopes the Vice President "has a great visit to the district."

"I'd be happy to sit down with the administration and the vice president while they're here," Craig said, "to work together on these issues that are so important to Minnesotans."

Pence's visit comes after the Republican National Committee spent nearly $330,000 on attack ads against Craig on four television stations in the Twin Cities market, including KARE 11, according to publicly-available FCC filings.

The advertisements, which are similar to spots being run against other Democrats across the country, never mention the word "impeachment."

They do, however, accuse Craig of voting for "endless investigations into President Trump." That, however, is misleading — Craig supports an impeachment inquiry but has not yet said how she would actually vote if an impeachment measure came to the floor of the U.S. House.

"I think we absolutely need to let the House Intelligence Committee finish its work and get to the bottom of this," said Craig, who like other moderate Democrats didn't support impeachment proceedings until the first whistleblower complaint. "We were withholding military assistance over that foreign leader's head while we asked for a personal favor. That's when I stepped out and said, look, there needs to be an inquiry."