"They were running toward us saying we've got to get out of here it's going to explode!" one witness recounted. 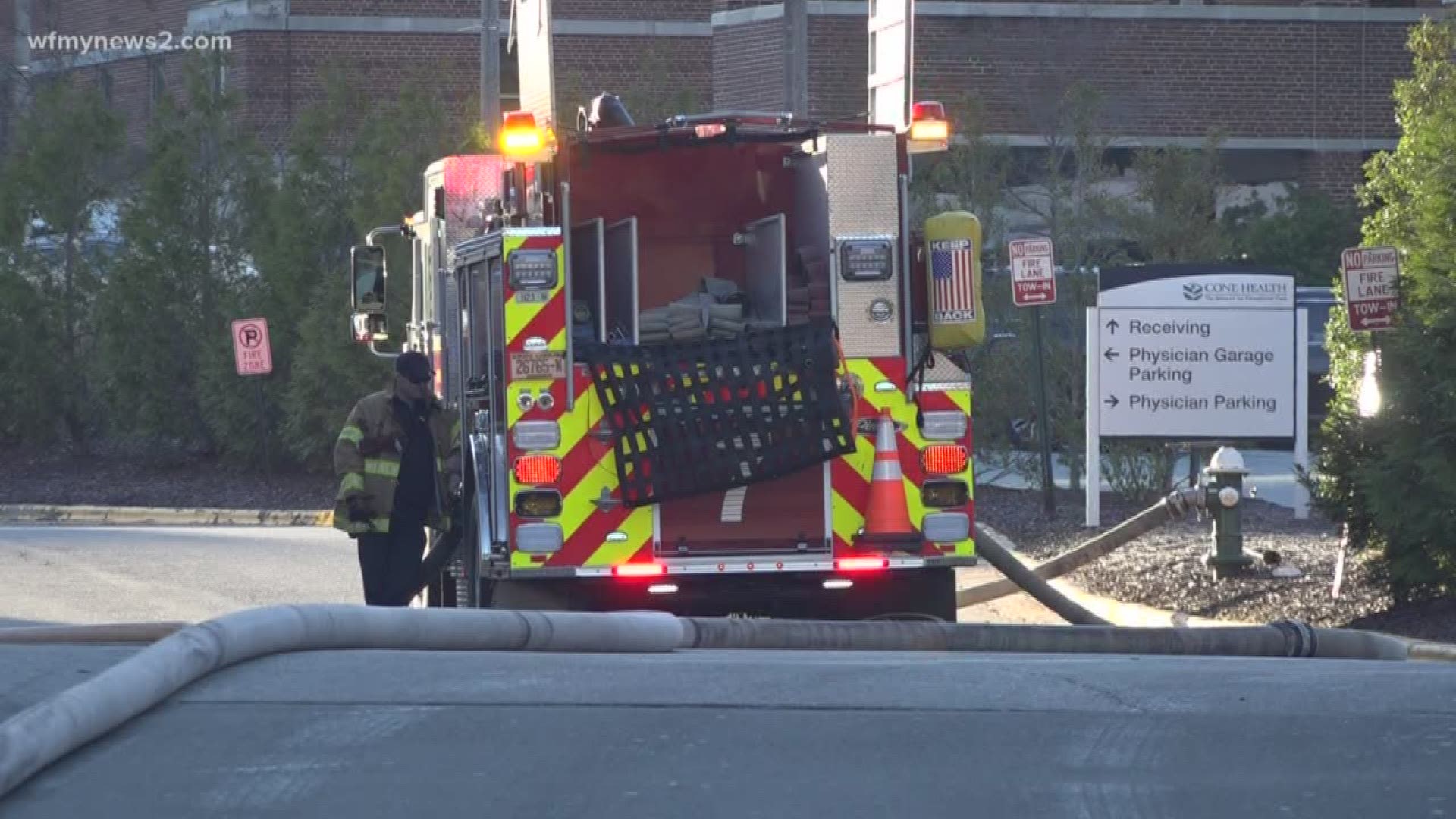 GREENSBORO, N.C. — Must-see video of the moments before a car exploded on the third level of a Moses Cone Hospital parking deck. 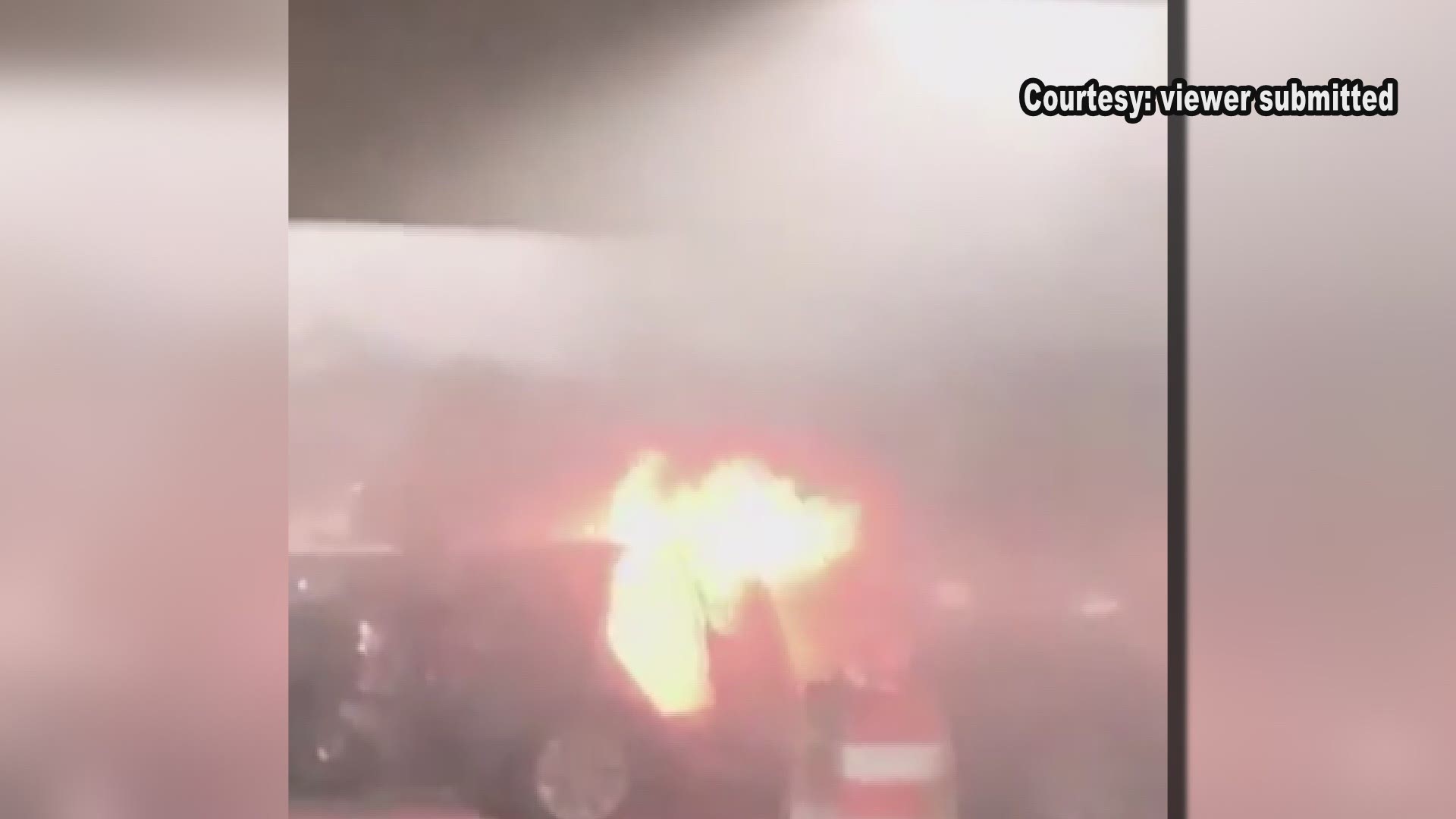 Firefighters say seven cars were damaged when one of the vehicles caught fire in the parking deck at Moses Cone Hospital.

Smoke was seen billowing from the third floor of the building on Wednesday morning around 7:15 a.m.

Firefighters say there was a problem with one of the car's engines, and that's when the fire started. It then spread to the other cars. Two vehicles were engulfed in flames, and are considered total losses. The five others have damage from the heat and debris.

One witness was trying to leave, but didn't want to risk driving by the fiery car.
She says she's thankful she didn't because it exploded a minute later. Her coworker helped her out of her car, and several people told them to make a run for it.

"He grabbed my hand and he said 'we've got to go!' and all I remember is seeing the crowd of people," the witness explained. "They were running toward us saying we've got to get out of here it's going to explode!"

The witness heard the explosion on the flight of steps in the parking deck.

"As we’re running down the steps, one flight down the car explodes and you just hear it go off and we kept running down and you kept hearing loud explosions," the witness said. "I think it was the tires blowing off but it was still pretty loud."

The Greensboro Fire Department said no one was hurt in the incident. The fire was ruled accidental and mechanical.