Infant dies after being 'inadvertently' left in car by father, police say

Fairfax County Police said an 11-month-old girl was found unresponsive in a vehicle and taken to the hospital, where she later died. 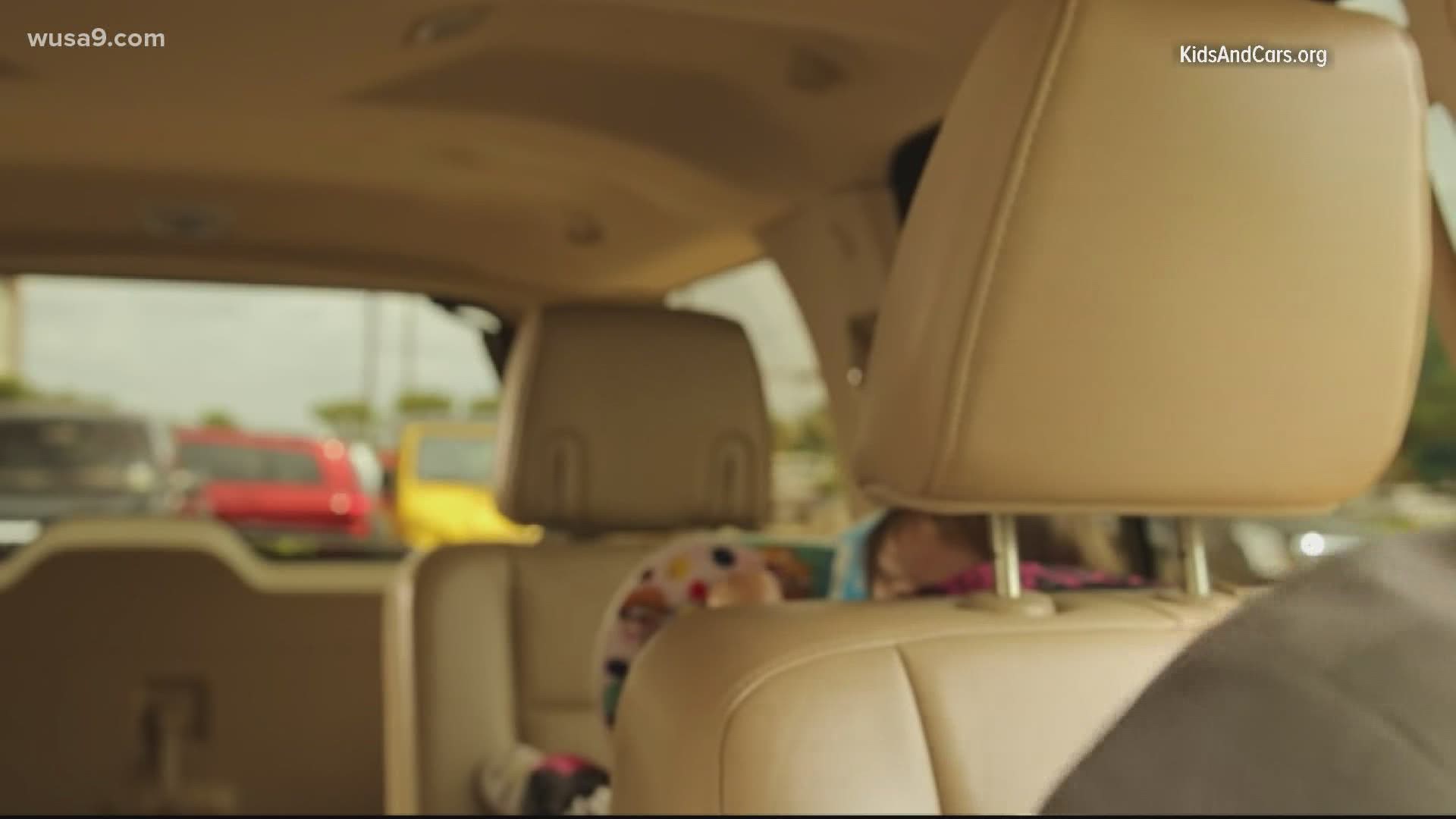 FAIRFAX COUNTY, Va. — An 11-month-old girl died Friday evening after being "inadvertently left in a car for an extended amount of time," Fairfax County police said.

Officers were dispatched to the 6400 block of Meriwether Lane in Springfield, Virginia around 5 p.m. When they got to the scene, police said a baby girl was found unresponsive in a car. The baby was taken to a hospital and later pronounced dead.

A spokesperson for the Fairfax Police Department said an initial investigation found that the father inadvertently left the baby in the car for an extended amount of time. The girl was placed in the rear seat of an SUV at his Springfield home and had left the child while he used another car to run errands.

After returning home, he drove the SUV to an in-home daycare to pick up another child. It was then when he realized the 11-month-old was still in the back seat.

The exact cause of death has not yet been determined and is pending investigation by a medical examiner.

There are no charges at this time.

According to WUSA9 meteorologists, the temperature would have been around 87 or 88 degrees at that time of day.

This isn't Fairfax County's first hot car death, Miles Harrison knows the heartbreaking feeling of experiencing this sort of tragedy. Back in 2008 he drove to work with his toddler son in the back seat, forgetting to take him to daycare.

"This is also one week from the anniversary of it happening to me," Harrison said. "Horror goes through my mind and then also worried and concerned for the father that just has gone through this and his whole family.”

Off the heels of a Fourth of July vacation in 2008, Harrison meant to drop his newly adopted son off at daycare. According to KidsAndCars.com his son was very quiet and this had been a new addition to his routine, resulting in his forgetting he was in the back seat.

Harrison said it wasn't until a colleague noticed his son in the car that he registered what had happened.

"I think about him every single day," Harrison said.

Unlike Friday's hot car death, Harrison was charged with his son's death but found not guilty. He said he is grateful that didn't happen to this family.

“Some of the police and things have learned that this is in fact can be a mistake because he's not going to be charged, which he shouldn't be," Harrison said. "This phenomenon does happen, and it's just a terrible tragedy.”

“56% of car deaths happen when a child is unknowingly or unintentionally left in the vehicle," Amber Rollins with KidsandCars.org said. "And this is loving, responsible, highly educated many times parents and caregivers. They are the people who read every parenting book, who covered every outlet, and took every safety precaution but never thought that they could forget or lose awareness of their baby.”

According to KidsandCars.com, there have been six hot car deaths in the United States so far in 2020.

Rollins said that number is lower than years past because of COVID-19. She said she said despite the number being lower than average, people are returning to work with new routines and stress levels are high. She said those are two big factors when it comes to children being left in vehicles.

Rollins said 2018 and 2019 were the worst years in history for hot car deaths with over 100 children dying.

“We're working on a federal bill called the Hot Cars Act right now. It would require technology to be standard equipment in all vehicles that could actually detect the presence of a child inside that vehicle," Rollins said.

"We have alarms for everything that's not living in a car. The one thing that is living, we don't have an alarm for," Harrison said. "We're trying as hard as we can to get this passed, so we can shut down the membership to this club.”

Advocates for the Hot Cars Act expect the bill to pass in the House next week, but aren't as confident it will get through the Senate.

Jan Null, the founder of NoHeatStroke.org, a website that tracks hot car deaths across the country and analyzes vehicle heating dynamics, said the average number of hot car deaths for children through June 10 is around nine. As of June 19, there have been five pediatric vehicular heatstroke fatalities in 2020.

"The impact of people staying at home and not being in as many situations where they might forget a child in a car has certainly had an impact," Null said.

According to Null, given the temperature outside, the inside air temperature of the car could have been in excess of 130 degrees.

"Objects or a person inside the car in direct sunlight would have been significantly hotter," Null said.