IFB Solutions is giving Michael free prescription glasses, sunglasses, and a $1,000 shopping spree at the center. 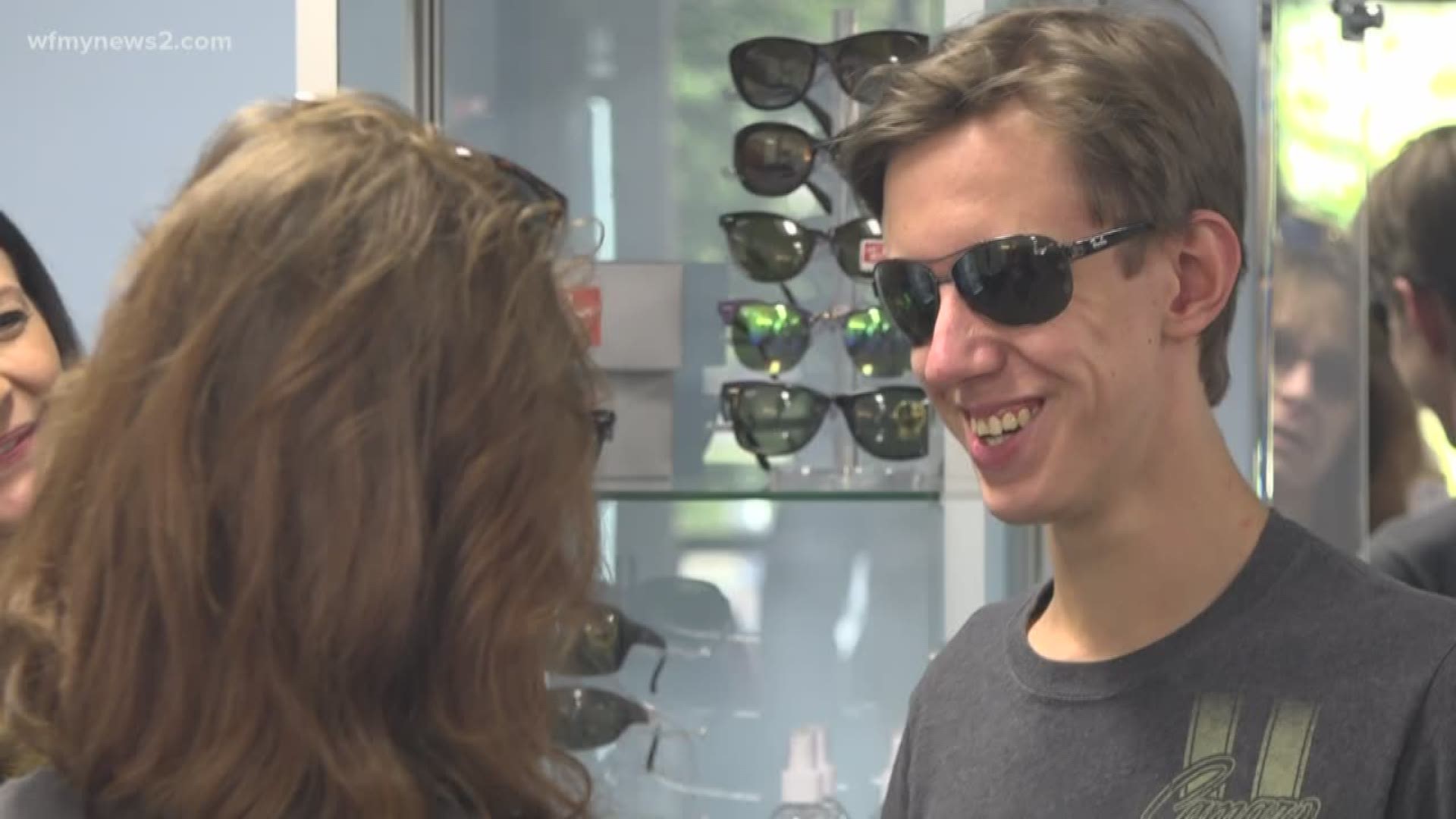 WINSTON-SALEM, N.C. - Did you know vision impairment is a problem for more than 250 million people worldwide?

That's according to the World Health Organization.

Michael stole the heart of the Triad last week after school bullies took his i-Phone and smashed it with a brick.

To make matters worse, the incident happened on Michael's birthday and the alleged bullies put Michael's reaction on SnapChat.

Three days later, "Bikers Against Bullies" stepped up to the plate to defend the teen.

The not-for-profit is geared towards stopping bullies in their tracks.

Bikers escorted Michael to school and held a peaceful 'Be a Buddy, Not a Bully' counter protest.

IFB Solutions in Winston-Salem is now lending a helping hand to Michael and his family.

It's a not-for-profit that provides opportunities for people who are blind or visually impaired in need of training, employment, and services.

"I didn't think that there were this many good people in the world," said Michael. "I'm honestly shocked."

IFB Solutions is giving Michael free prescription glasses, sunglasses, and a $1,000 shopping spree at the center.

Michael is also going home with a $2,000 device called a CCTV.

It enlarges print using special magnifying technology, making it easier for the visually impaired to read.

Michael's mother, Kelly Wishon, is also in shock over the heartfelt act and the amount of support shown for her son.

"There are actually services and people that care so much," said Wishon, "He is going to do a little bit better in life than I had actually hope. I knew he would be great, but I think now he will have the tools."

If you would like to learn more about IFB Solutions or get involved in helping the visually impaired or blind, click here.