'The couch is crushed, it's in half' | Two trees destroy Walkertown home with three young kids inside

Mom Stephanie Hart said on Thursday, two trees toppled onto her home while she was outside and her children were inside. 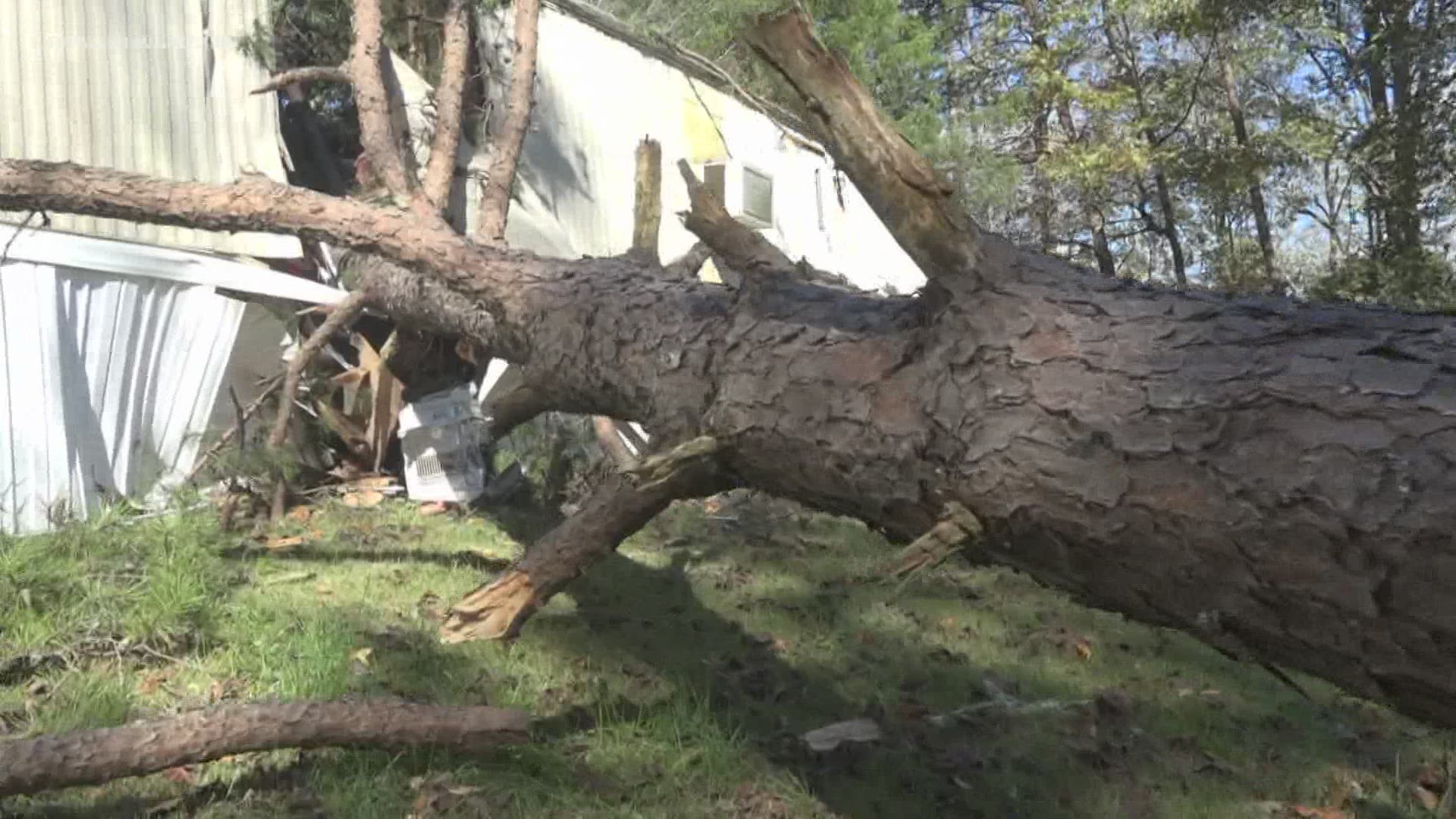 WALKERTOWN, N.C. — Zeta's wrath is still evident in the Triad on Friday, one day after storms rolled through.

Mom Stephanie Hart said on Thursday, two trees toppled onto her home while she was outside, and her three young children were inside.

"It was the scariest thing I've ever had to deal with" Hart explained.

Their front door is now a floor, the roof caved in, windows shattered and most of their belongings; destroyed.

"Where the tree landed is exactly where they were sitting, they were able to run and move and get out of the way in time."

It was a near miss.

"Inside the couch is crushed, it's in half."

Amazingly, her children and four dogs weren't hurt. But the Hart family is still missing a piece of their heart now: their home.

"I grew up here with my mom," Hart said with tears in her eyes. "We had memories and it hurts that it's all gone."

The Red Cross is helping them out for now but Hart said she doesn't know where to go from here.

"Where are we supposed to live?" Hart said as she cried.

The family set up a Facebook fundraiser to help with the unexpected costs.

Stephanie Hart’s 7, 8, and 10 year old kids were inside when two trees went through the roof yesterday. The home is a total loss but the children are OK ❤️@WFMY pic.twitter.com/UCyYuTfpSU