In the letter, the principals call for more resources allocated to Guilford County Schools to remove barriers to learning and that's not all. 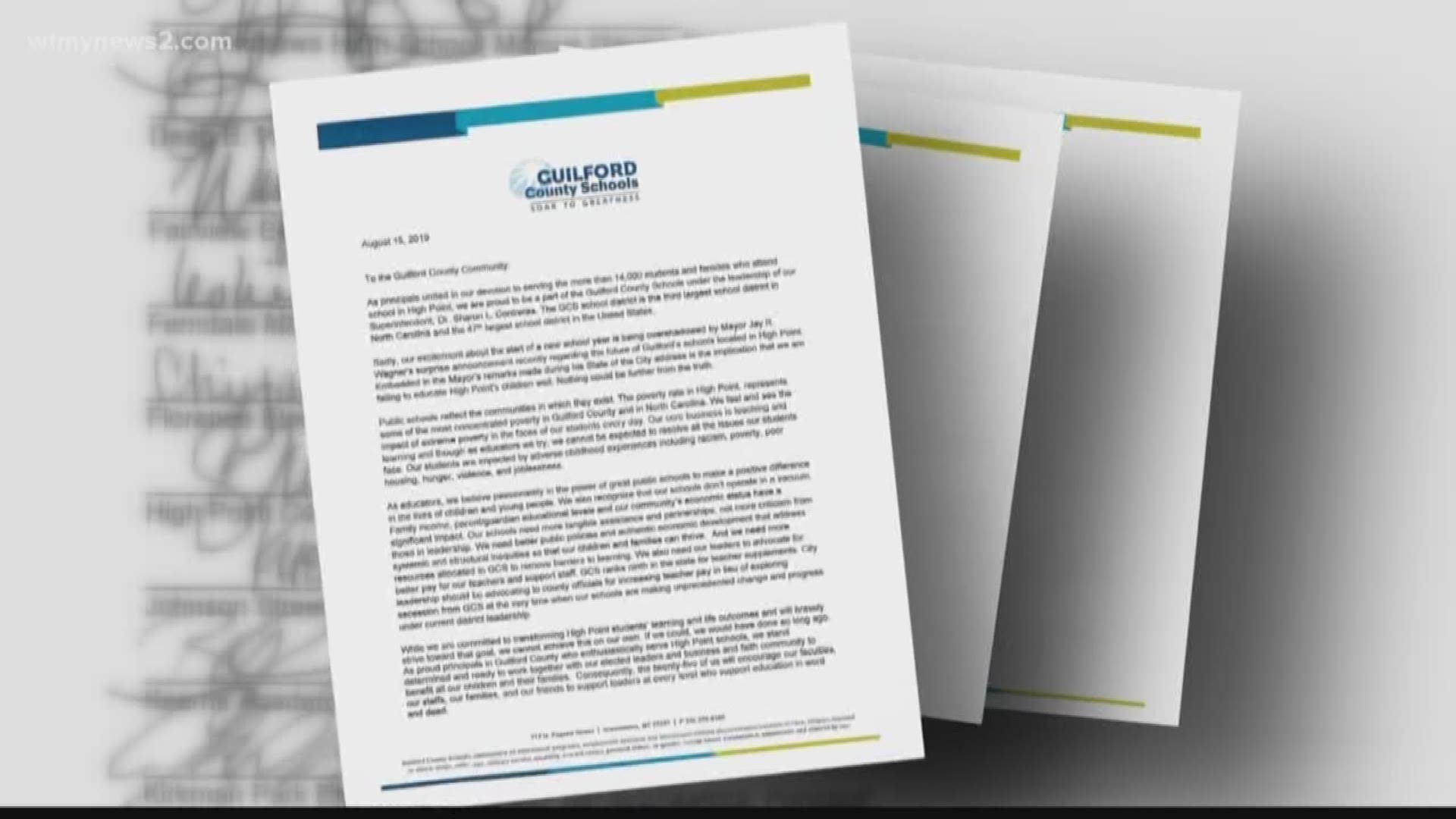 HIGH POINT, N.C. — 25 principals of schools in High Point have signed a strongly-worded letter rebuking comments made by Mayor Jay Wagner. Released on Thursday, the letter from High Point principals call for Mayor Wagner to advocate for increasing teacher and staff pay instead of researching the possibility of breaking away from Guilford County Schools.

"Our schools need more tangible assistance and partnerships, not more criticism from those in leadership," the letter states.

"City leadership should be advocating to county officials for increasing teacher pay in lieu of exploring secession from GCS at the very time when our schools are making unprecedented change and progress under current district leadership," principals wrote in the letter. 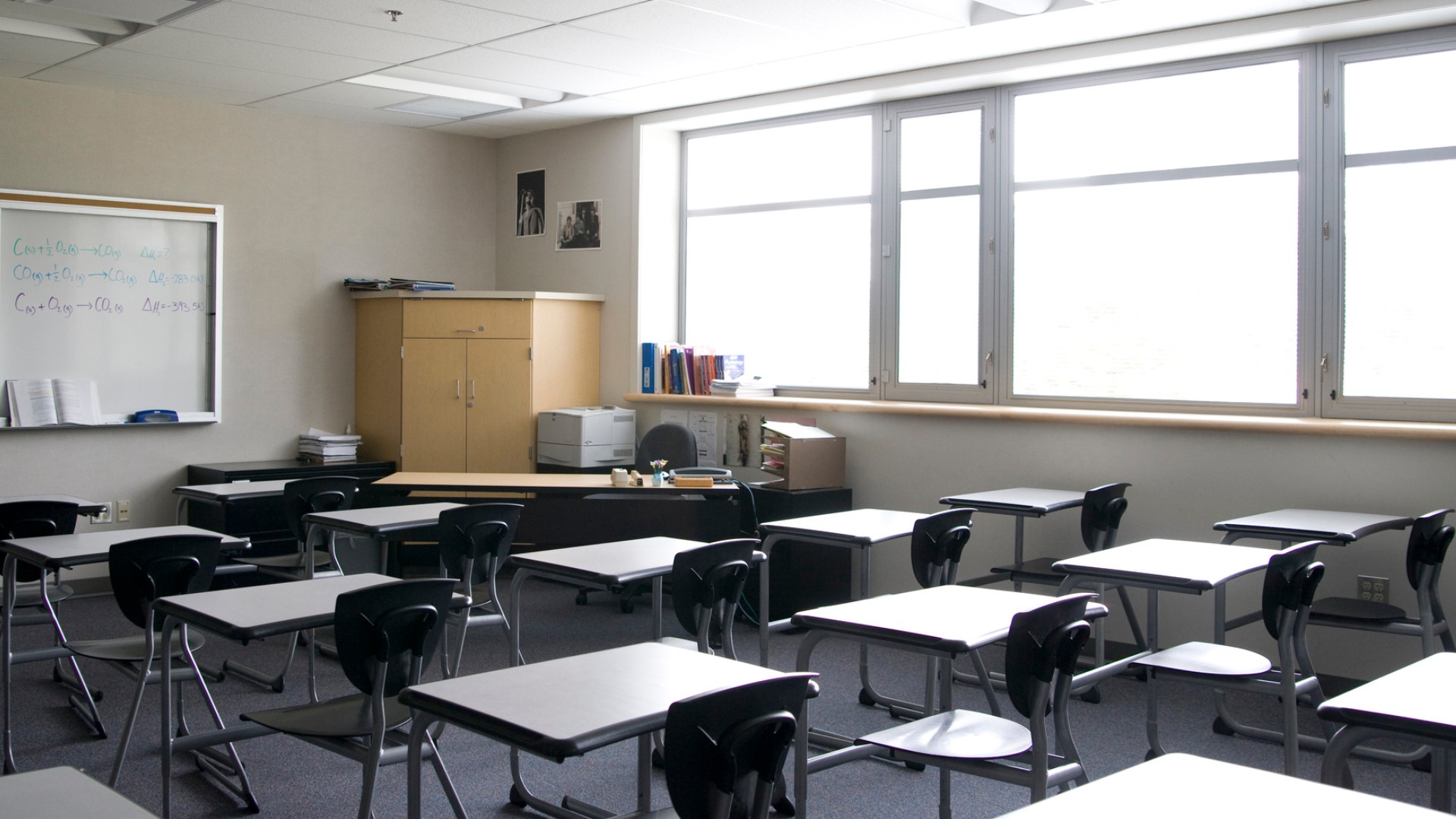 "Generally, I think there is a perception that a lot of our schools tend to score low, that they’re not very good," Wagner told WFMY News 2 in July. "Really, it's just about taking a step back, taking a look and seeing if we are proceeding in the right way to educate our kids in the best possible manner,"

"While we are committed to transforming High Point students' learning and life outcomes and will bravely strive toward that goal, we cannot achieve this on our own. If we could, we would have done so long ago," the letter states.

The principals also called for city leaders to focus on systematic issues that could hold back students from success, including poverty.

"Our students are impacted by adverse childhood experiences including racism, poverty, poor housing, hunger, violence, and joblessness," the principals wrote.

'We just felt we needed to stand up'

Mike Hettenbach, principal of Southwest Guilford High School, was one of the principals who signed the letter. He spoke with WFMY News 2 on Friday about their decision to write the letter.

"It was the timing of the words of the mayor," said Hettenbach, who said he and other school employees are working very hard to prepare for school to start August 26. "We just felt we needed to stand up."

"We are on the heels of starting the new year, we are getting underpaid teachers excited, the underpaid classified staff excited, we are trying to work with minimum amount of finances," said Hettenbach. "And we get this idea of separating the schools, and so as a principal of a large school, the largest school in High Point, it's disappointing for me. I would love to be able to share all the great things we have done in partnership with Guilford County Schools, and it wouldn't be possible without them."

Hettenbach said the principals wanted to release the letter before school started to send a message to the community. "We wanted to share our feelings, and my personal feelings, I would like county leaders to support the school system," said Hettenbach.

'I think people are rushing to judgment'

High Point Mayor Jay Wagner spoke with WFMY News 2 on Friday afternoon after news of the letter was released. Mayor Wagner said he had not yet seen the letter from the principals. "I think people are rushing to judgment on this," said Wagner.

"The first step is to study and get all the information."

Currently, he said he is in the middle of putting the volunteer committee together. He anticipates it will be formed by the end of the month. The committee will study student achievement, teacher retention, school safety, and budget issues within High Point's schools.

Wagner said after the study is completed, it is possible that leaders may decide not to break away from Guilford County Schools. He emphasized that no taxpayer money is being spent on the research, and all of the committee members will be volunteers. 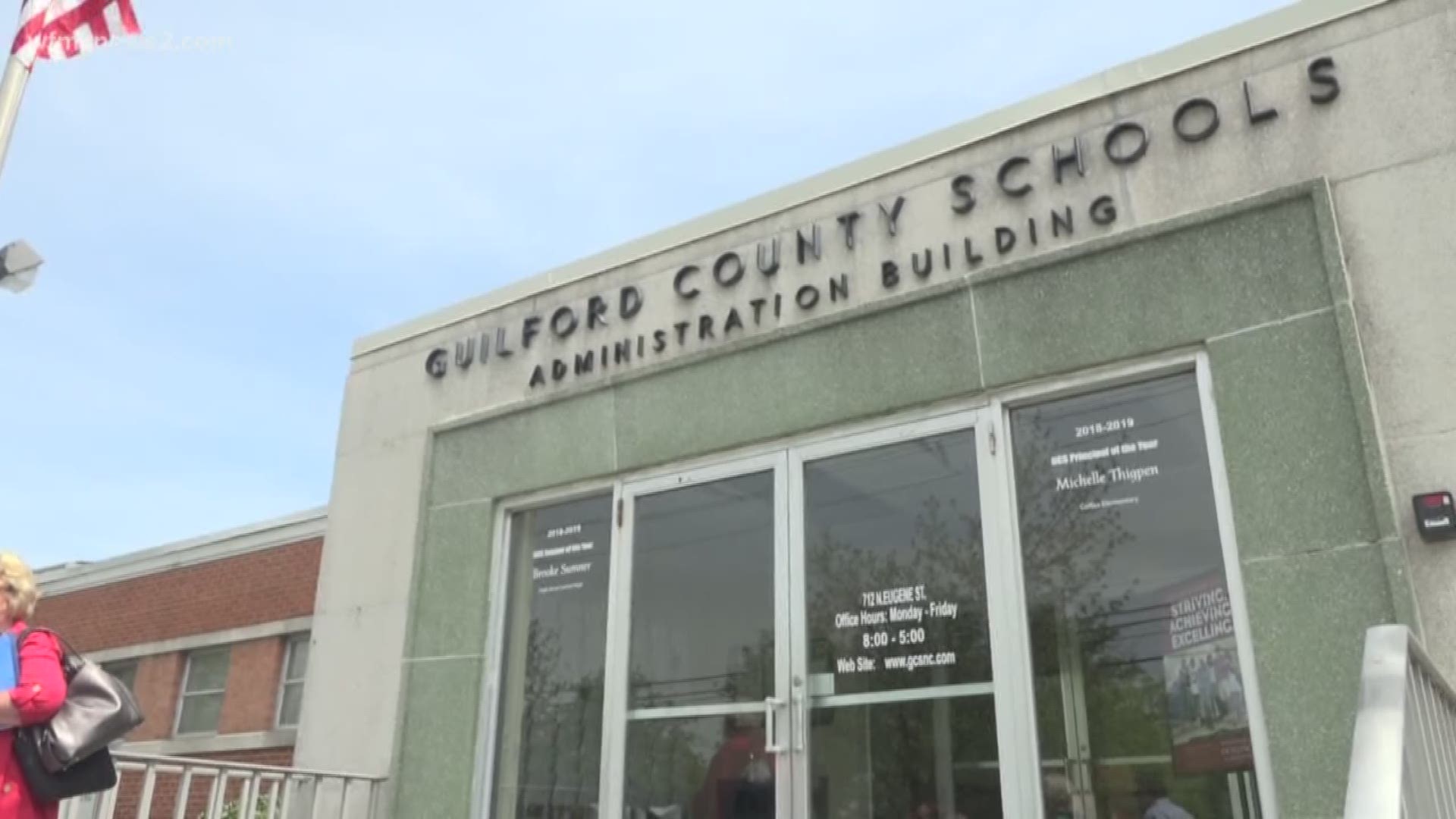 'Very proud of our principals'

Khem Irby, School Board Representative for District 6 which covers High Point, spoke with WFMY News 2 about the principals' decision to speak out against the mayor's comments and call for increased focus on funding education.

"I'm actually very proud of our principals, actually being able to come together in a collective voice," said Irby. "I believe that the principals were dead on point, saying that this is not the focus right now. Teacher pay, principal pay is a high priority, they should be advocating toward the county commissioners right now, so that we can make those things happen for the principals, and all the staff actually."

Some Pushing Back Against High Point Schools' Study, Idea to Split From Guilford County Schools

3,200 iPads purchased for NC schools have been sitting in a warehouse, some for more than a year

Mixing it Up | SROs School Assignments to Change for New Year in Guilford County: Sheriff

Anonymous Donor Pays Off $10,500 In Lunch Debt For All High Point Schools