'We Want To Hear From Teachers': Governor Cooper Talks Education, May 1 Rally During Visit To Greensboro

Next week, thousands of teachers will march in Raleigh, and among them, you can expect to see Governor Roy Cooper. 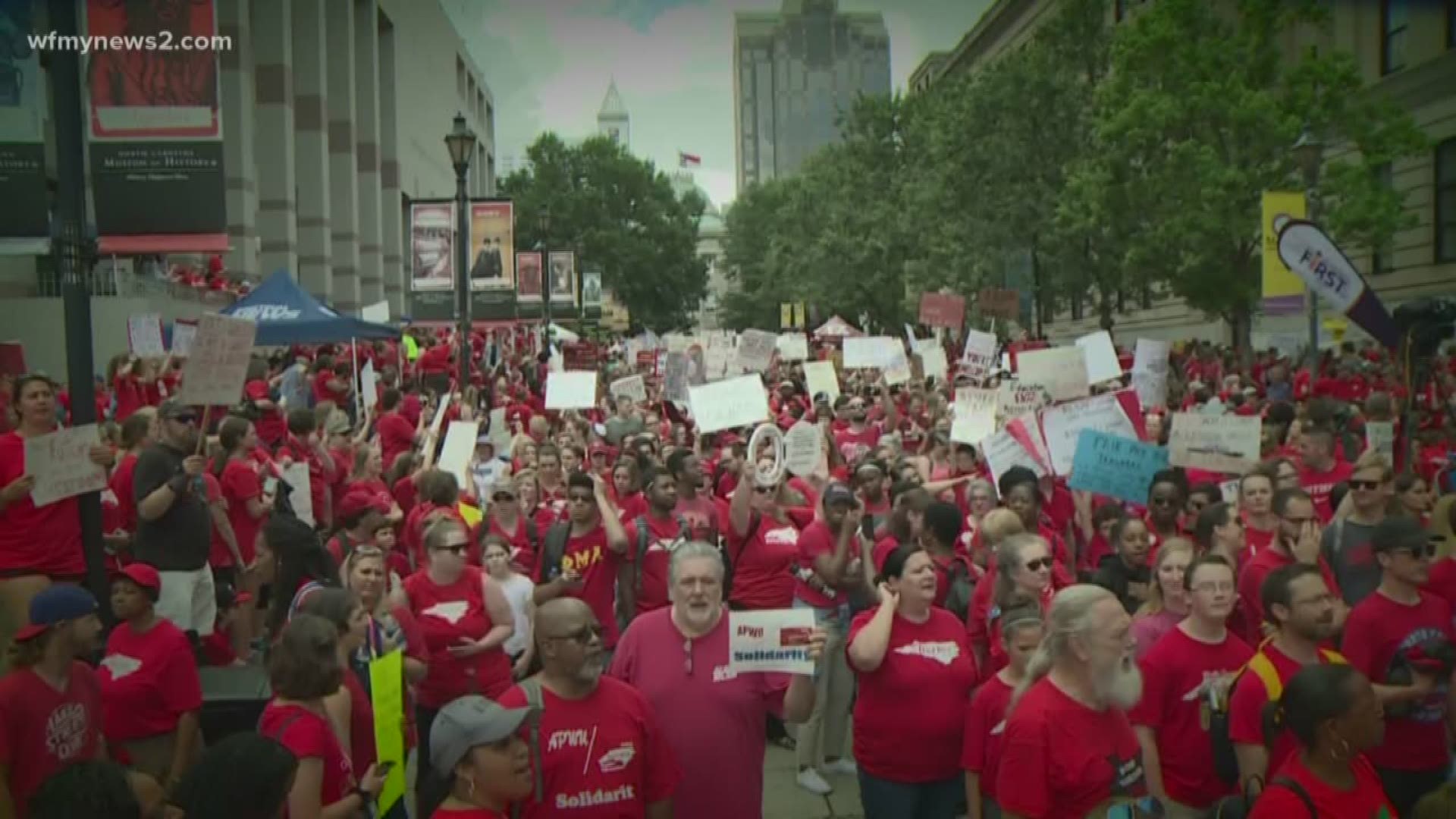 GREENSBORO, N.C. — In a sea of red on May 1st in Raleigh, don't be surprised if you see Governor Roy Cooper.

The Governor says he's ready to welcome teachers for the 'Red 4 Ed' rally, saying he's ready to listen to their concerns about education funding.

On Friday, while Governor Cooper visited Temple Emanuel for the Shabbat Service on the last night of Passover, one of the rabbis stressed to the Governor that education is a prime holy value. The Governor agreed, saying public education may be the most important function of state government.

RELATED: Raleigh Preps For 50K In Downtown For Teacher Rally

RELATED: 'This Rally Is Not About Education': A Conversation With Senate President Pro Tem Phil Berger, Weeks Before Teacher March On Raleigh

While many leaders, like Senate President Pro Tem Phil Berger, believe the May 1st educator rally is a disruption, and that the General Assembly made big strides already to boost teacher salaries, Governor Cooper says, it's more than that.

"They're coming here to talk more about outcomes than income," he said, "They want funding for the public schools, for technology, for school construction, for textbooks. Yes, we need better to pay for teachers and principals, but we also need more school nurses and psychologists and counselors, as mental health is an issue now with many of our kids."

For the May 1st rally, many districts across our state canceled class. But on Friday, lawmakers released the state House Education budget, which includes language that would prevent local school boards from altering the school calendar for rallies like this in the future, if it passes.

"I think we have First Amendment issues with that," said Governor Cooper, "I think, clearly, that it is important for educators to have their voices heard in Raleigh. And we want to hear them, and I look forward to them coming."

Governor Cooper says another key piece of the education puzzle is attracting young people to the profession, by expanding scholarships to pay for their education - if they stay with public schools in our state for four years.