Some bars and breweries that don't serve food said they're still working to get plans in place to make sure they reopen safely when able. 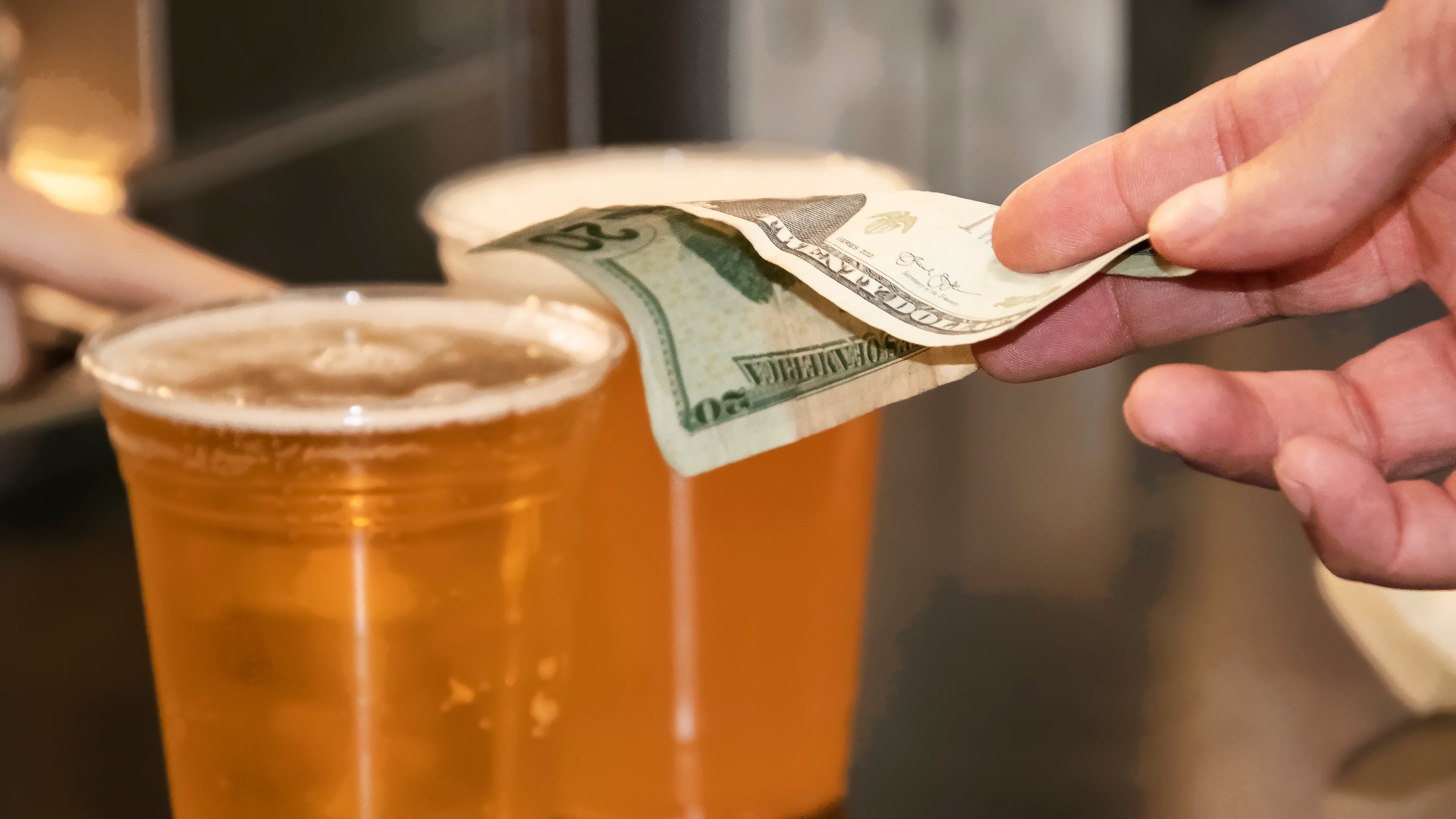 GREENSBORO, N.C. — Restaurants are getting ready, but some bars and breweries have to hold back as phase two kicks off Friday at 5 p.m.

Restaurants are able to reopen, but bars will have to stay closed under Governor Roy Cooper's executive order.

The order outlines the difference between the establishments. If a business prepares and serves food, they're allowed to reopen with certain safety precautions in place.

SouthEnd Brewing Co. in downtown Greensboro is one of the restaurants preparing to open at 5 p.m. Friday.

The brewery serves food and is inspected as a restaurant, according to owner Seth Kavorkian.

SouthEnd Brewing opened back in November, so to close in March was a blow to business, but Kavorkian said he knows it was best for the community.

"It was understandable given the weight of the public health crisis. It was, I believe, the right thing to do and we were able to make it to the other side," he said.

RELATED: 'I hope we can make it through this' | Businesses shocked to not be included in phase two reopening

The start of that other side will come tomorrow for him with some restrictions.

Kavorkian said they've decreased the number of seats both inside and outside to 50 percent, in line with the governor's executive order.

SouthEnd Brewing Co. also did a deep cleaning of inside the restaurant and plan to continue rigorous cleaning procedures while they're open.

Some bar and brewery owners are breathing a sigh of relief that they won't feel the need to rush to reopen their doors again.

Stephen Monahan, owner at Little Brother Brewing in downtown Greensboro said even if he was given the green light to reopen Friday, he wouldn't.

RELATED: 'We were ready to go' | Triad small gym owners upset with decision to keep their businesses closed in Phase 2

"We were a little bit relieved because it gives us a little more of an opportunity to prepare and implement our social distance and guidelines and all of our sanitation guidelines and we have a lot of them that are going to be going forward," said Monahan.

The same goes for the Bearded Goat in downtown Greensboro. Principal Seth Mapes said he was surprised to hear his bar wouldn't be able to reopen, but relief came soon after.

"We weren’t 100% ready for it to be honest," said Mapes, "I was actually more relieved that we were not opening in phase two because there’s just no way you can social distance in a bar."

Mapes said during phase two he plans to get plans together and watch how other establishments carry out operations.

Monahan at Little Brother Brewing already has an idea of how things will go when he's able to reopen again.

"We have five tables in the establishment and we won’t be able to maintain 6 feet if we occupied every single one of them so we’re actually only going to be using three of the five," he said.

The brewery also plans to implement a reservation service as well.

Phase two is set to run through at least the end of June.

RELATED: What you should know about North Carolina’s Safer-at-Home Phase 2 Reopening plan