Gov. Roy Cooper says frontline essential workers in Group 3 can get the COVID-19 vaccine. This includes postal workers, grocery store employees, and others. 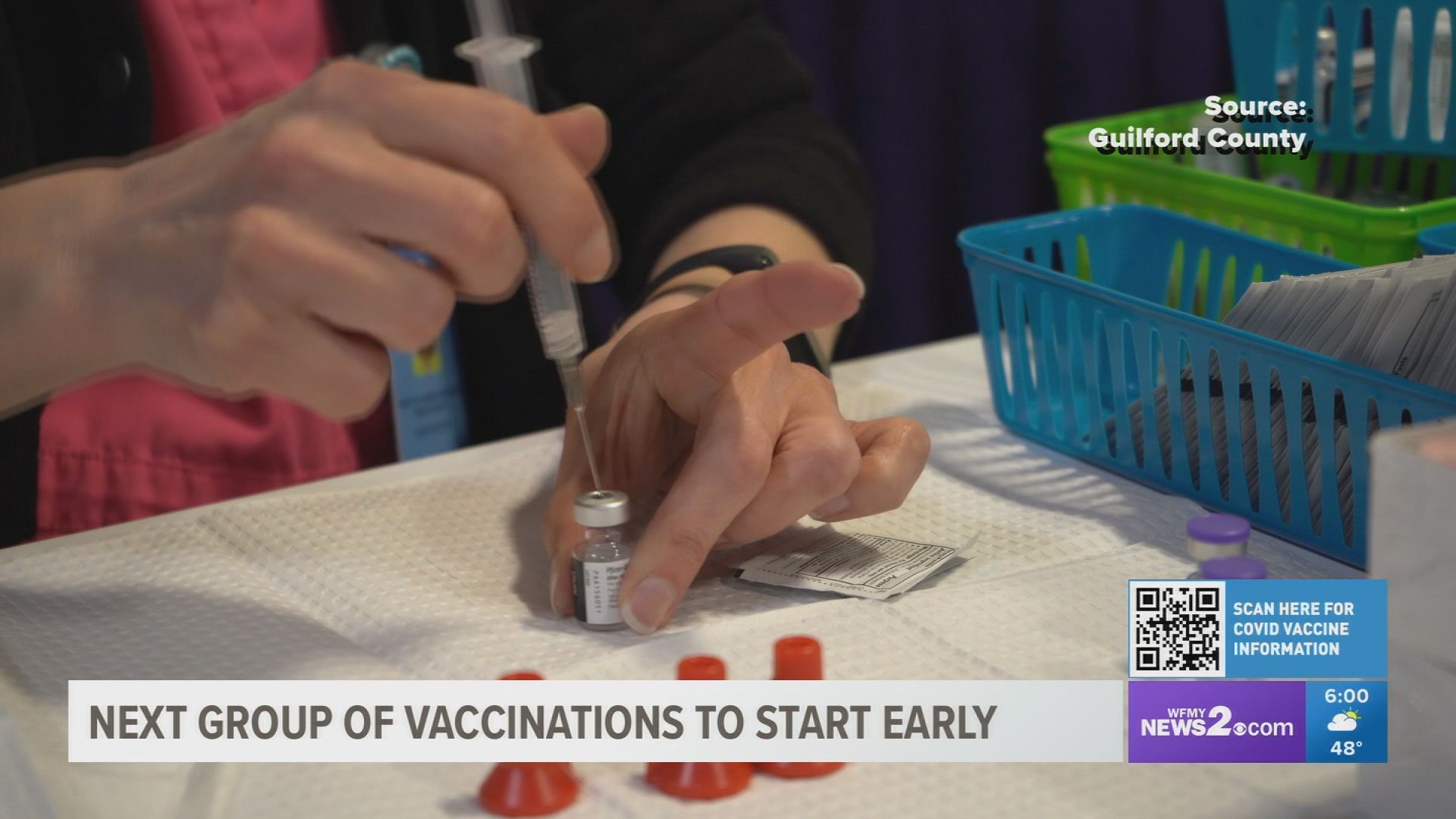 GREENSBORO, N.C. — A whole new round of people will be able to get vaccinated against the coronavirus across North Carolina starting Wednesday.

It comes a week earlier than originally planned. Teachers across the state began getting vaccinated on February 24.

Guilford County Board of Commissioners Chair Skip Alston said teachers will continue to be the focus this week althought the county did open a small number of appointments Tuesday afternoon.

Those appointments were open to healthcare workers, people 65 and up and frontline workers.

"I think it's great that it moved up from the March 10 date. Frankly, originally we had hoped it would be a little sooner of course but any day. We're ready," Nancy Kimbrough said.

"We're going to continue trying all day long. I said 'come back here, you can do it on your phone'. We don't encourage phone use but today I do. Get on your phone, get that appointment. As I said to them, if you need help with transportation, just let me know," Kimbrough said.

She said two of her staff members were able to schedule appointments for Wednesday with Walgreens.

Fred Edgar said he is on a waiting list for appointments through the pharmacy chain. He is an auto mechanic in Surry County who was pleasantly suprised by the earlier move to the next phase of vaccination.

Alston said the earlier move to Group 3 will likely help Guilford County as it prepares for the next week of vaccination.

"That would allow us to also make new appointments for the new FEMA site next week. They are going to be vaccinating three thousand people a day for seven days a week," Alston said.

FEMA will open a mass vaccination site at the Four Seasons Town Centre in Greensboro on March 10. It will vaccinate 21,000 people a week.

Alston estimates there are between 60,000 and 70,000 frontline essential workers in Guilford County.

He is one of them, as an elected official, and said he is scheduled to get his vaccine on March 11.