When Will The NC 'Brunch Bill' Go Into Effect?

It could be several weeks or even months before alcohol sales are officially allowed on Sunday mornings in North Carolina, depending on where you live. 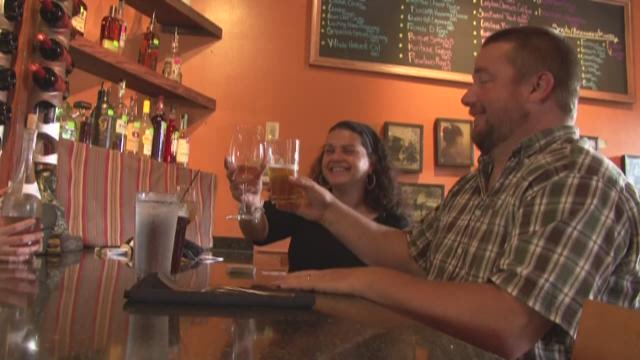 NORTH CAROLINA – It could be several weeks or even months before alcohol sales are officially allowed on Sunday mornings in North Carolina, depending on where you live.

On Friday, Governor Roy Cooper signed the "Brunch Bill" into law which would make it legal for bars, restaurants, and stores to sell alcohol starting at 10 A.M. instead of Noon.

But the new law does not mean alcohol sales will automatically be allowed on Sunday mornings.

The law only gives city and county governments the ability to make the decision for themselves.

Bartenders like Kelly Bone at Willow's Bistro in Winston-Salem are excited about the possibilities for her business.

"If we have this now, it will be amazing," said Bone. "I'm ridiculously excited for this!"

But she'll have to put a lid on her excitement for now.

Mayor Allen Joines says the "Brunch Bill" won't be going into effect in Winston-Salem until later this summer, at the earliest.

"I would say that it probably has the potential to have some differences of opinion on it, certainly," said Joines.

Joines says he wants the city to take its time looking at the pros and cons of allowing alcohol sales on Sunday morning at 10 A.M. instead of Noon.

"This will give us an opportunity to talk with the restaurant industry and also talk with the religious community and others who might have a position on it," said Joines.  "We are going to be very deliberate and hear from all sides before we make any decisions."

But Greensboro Mayor Nancy Vaughan says they're ready to move forward with passing a city ordinance on a faster pace when it comes to the "Brunch Bill."

"I don't see this as being a huge change," said Vaughan. "By and large, people have talked about it over the years. When they go to brunch and it is 11 o'clock and somebody wants a Bloody Mary and they're told 'Oh no you have to wait an hour.'"

The waiting game will continue for at least a little while longer.

Greensboro will have a public hearing on the "Brunch Bill" at its next meeting on July 18.

The City of Winston-Salem does not have a city council meeting scheduled during the month of July.

Mayor Joines says he expects city council to schedule a public hearing on the "Brunch Bill" sometime in August or September.

At the time of this report, messages to city leaders in Burlington, High Point, and Kernersville about the "Brunch Bill" have not been returned.