Why is an 8-foot-tall iron fence going up around the confederate monument in Graham? We got answers

Building permits indicate the fence was $32,100. 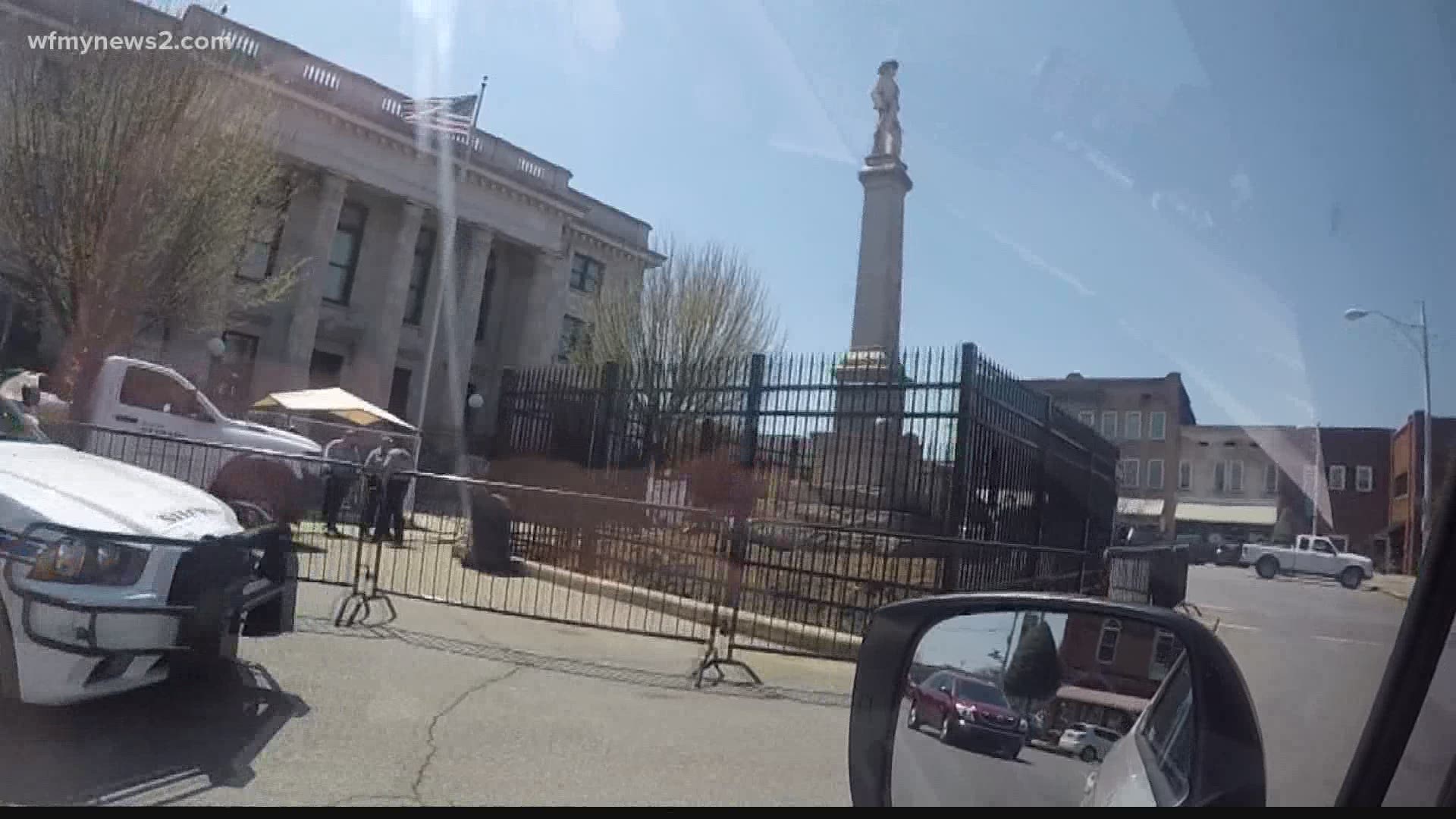 How much did it cost – who wanted it there – and why now?

WFMY News 2's Jess Winters got her hands on several documents that indicate Alamance County leaders have been planning to put the fence around the controversial confederate monument since at least August 2020 for preservation and protection.

As of Monday, 8-foot-tall iron fencing has replaced what was once some small chains and granite surrounding the confederate soldier.

It was HRC's job to green-light the design. But it was the county who asked for the fence.

"The state supersedes any other entities and the state appears to have made a specific ruling about confederate monuments that would give the county permission regardless of whether the state of North Carolina or Alamance county owns the monument," Page stated. "What we’re saying here is it’s clear the City of Graham doesn’t, and therefore the county does have permission to do as they’re requesting."

Alamance County first applied for the fencing on August 10, 2020 according to application documents. This, following months of protesters calling for the statue's take-down.

The application from County Attorney Clyde Albright on behalf of commissioners reads:

'The county wishes to install the fence as soon as possible as part of the resolution of the lawsuit brought by the NAACP.'

"As owners of the monument we're required by North Carolina General Statute 100-2 and the Graham Development Ordinance to preserve and maintain the confederate monument," he explained. "We believe, I'm speaking for my board, the Alamance County Commissioners believe the construction of an iron fence is part of this ownership responsibility."

Building permits indicate the fence was $32,100. Page said the City of Graham contributed no funds to the construction of the fence.

Albright could not be reached for comment on Tuesday.