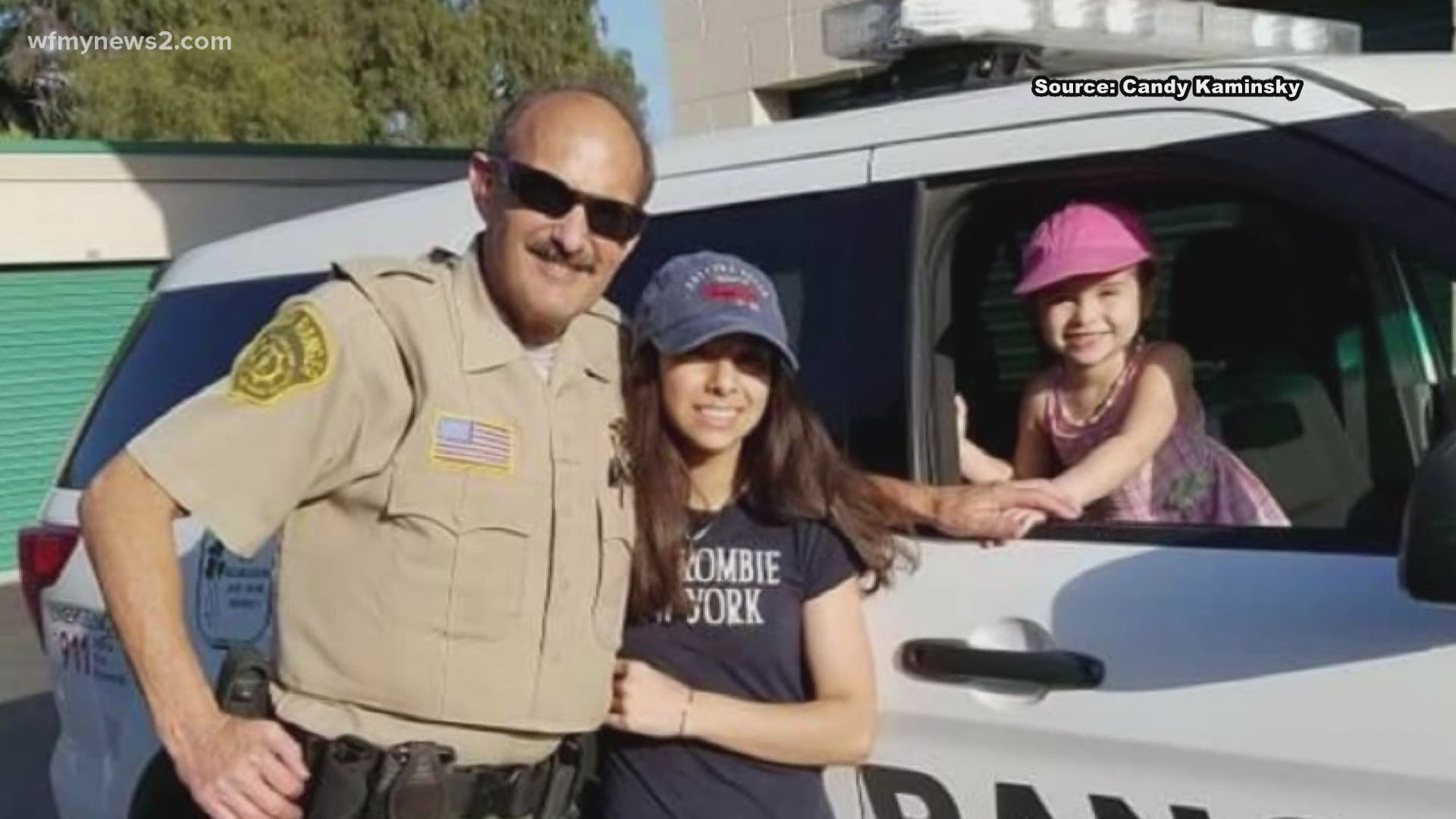 GUILFORD COUNTY, N.C. — A Guilford County Detention Officer is currently hospitalized in the intensive care unit, unconscious and breathing on a ventilator, after an unprovoked assault by an inmate Thursday.

Officer Sheldon Kaminsky's wife spoke out in an interview with WFMY News 2 on Sunday. She said her husband, who is 71 years old, has a long career in law enforcement and has been with the Guilford County Sheriff's Office for three years.

"I found out Thursday evening when I got a knock on my door at 11:30 at night from a sergeant coming to notify me that he had been taken to the hospital," Candy Kaminsky said.

The Guilford County Sheriff's Office provided initial notification of the assault on Friday, writing in a press release:

"Sheriff Danny H. Rogers reports that a Detention Officer at the Guilford County Detention Center in Greensboro was assaulted and injured by an inmate at 10:30 pm on Thursday, July 15, 2021. The attack was unprovoked. Our Detention Officer is being treated at the hospital and is currently in stable condition. No names or further details are being released at this time."

Candy Kaminsky said she was told by the sheriff's office that her husband, Officer Sheldon Kaminsky, was behind the officer's desk at the Guilford County Detention Center when the assault happened.

WFMY News 2 reached out to the Guilford County Sheriff's on Sunday with a list of questions, including about the assault and inmate involved. A spokesperson replied with the following statement:

"Sheriff Rogers declines to provide an interview at this time and asked me to reiterate that this incident was an unprovoked attack which left our Detention officer hospitalized since it happened. We are conducting a criminal investigation and will not discuss our findings or potential charges until it is done. Right now our primary focus has been to get our Officer the medical attention that he needs and to support his wife. This situation is an example of the dangers our Detention Officers face every day and how they risk their lives each day to keep the public safe."

Candy said she was told by the sheriff's office that "this inmate became irate for some reason, and entered the space behind the desk where inmates are not allowed. And he began to assault, and once he was down, he continued to assault him until other officers arrived."

Candy said her husband sustained multiple facial fractures and a traumatic brain injury during the attack, and has since been unconscious, sedated on a ventilator in the intensive care unit at Cone Health Moses Cone Hospital in Greensboro. He will require surgery this coming week to repair the facial fractures, Candy said.

"We are here from 7 a.m. to 8 p.m. every day during visiting hours, just sitting with him," Candy said. "I've got kids that are really upset, my granddaughter that's really upset and the whole family is. We have siblings across the country that are just stressed."

Officer Kaminsky's family said they hope his situation draws attention to the dedication that many law enforcement and their family have to improving the community.

"I just want people to recognize that these officers on the streets, and these detention officers in the jail have families, and when things like this happen, it's not just the officer getting the little bump or bruise, and it's not just him, it's the rest of the family that has to deal with it also," Candy said.

Officer Kaminsky has three decades of experience in law enforcement, Candy said, including working in New Jersey and 22 years with the Los Angeles Police Department.

"I've been told by more than one of his coworkers that he is very well-liked by the inmates because he treats them fairly and with respect, and they are always happy to see him come on shift, because they know they'll be treated right. And that's how he's been his whole career. It doesn't matter if you're the good guy or the bad guy, he treats you with respect," Candy said.

Candy said that Sheriff Danny Rogers and coworkers at the sheriff's office have visited the family since the assault.

"For many many years, I was always prepared for that knock at the door, and it finally came.  So we are mentally prepared to deal with everything, it's just not fun. It's hard," Candy said.