The Winston-Salem/Forsyth County Schools COVID-19 Special Committee made a motion to delay reentry for two weeks at a meeting Tuesday. 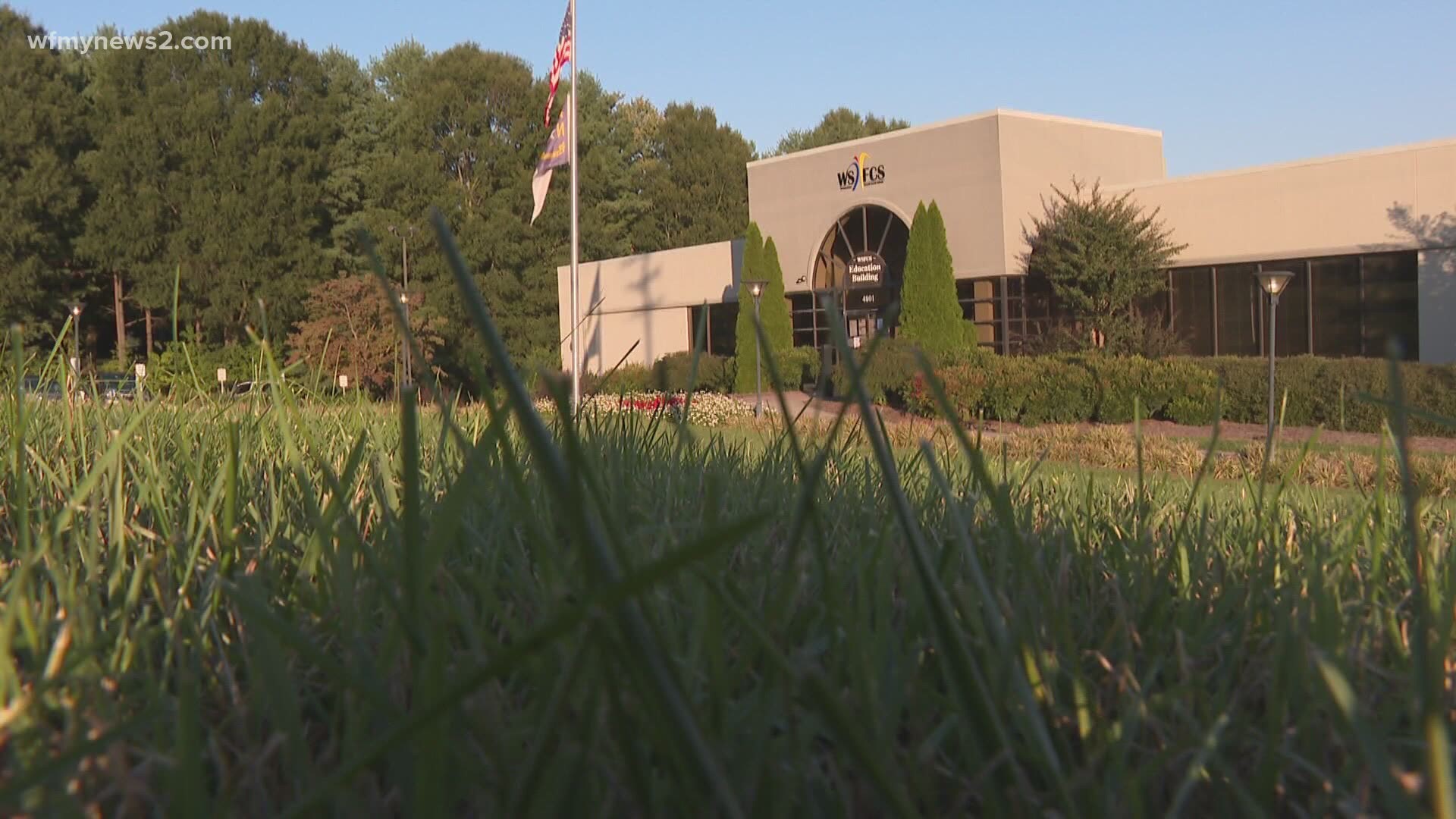 WINSTON-SALEM, N.C. — The Winston-Salem/Forsyth County School Board will discuss a motion to delay the reentry plan at a special-called meeting Thursday.

The move comes after the district's COVID-19 Special Committee made that motion Tuesday after reviewing coronavirus data that showed climbing cases and positivity rates in the county.

The delay isn't official. The school board will have to vote on what they want to do.

Parents like Ashley Wallace are devastated to hear about the possibility of a delay in getting kids back to the classroom.

Wallace has a son in kindergarten. She said remote learning has been a struggle.

RELATED: 'We want to go back but we have to do it safely' | Forsyth County Association of Educators protest

"He’s supposed to be learning how to write but he’s tracing stuff with a mouse on the computer. It’s not learning," said Wallace.

Wallace said she and her husband sit down with their son to help him, but it's not the same as having a teacher.

"He’s upset. He hates school. Crying," said Wallace, "We’ve got him in therapy over this. It’s just not working for him."

Wallace said she's worried about the toll it's taking on her son.

"The kids that were making straight A's and doing well in school, now aren’t doing good. They’re sad, they’re stuck in front of a screen," she said.

The special committee heard presentations about what school reopening could look like, and PPE supplies on hand.

Under the approved reentry plan, Pre-K would go back to the classroom Oct. 26 followed by grades K-3 on Nov. 2.

Grades 4-5 will return on Nov. 16. These students will attend school four days a week with Wednesdays being used for remote learning to enable schools to undergo deep cleaning.

WS/FCS said middle school students will be divided into cohorts and attend school in person either two days every week or two days every other week depending on school enrollment.

Middle schools with larger enrollments will have cohorts on alternating weeks. The alternating schedule will enable schools to reduce the number of students on campus and maintain social distancing.

In addition, high school students will return as soon as Jan. 11 for in-person testing.  In-person classes will start on Jan. 25.  Those students will be divided into cohorts following a schedule similar to middle school.

The school board will discuss the motion to delay reentry Thursday at a 5 p.m. special-called meeting.