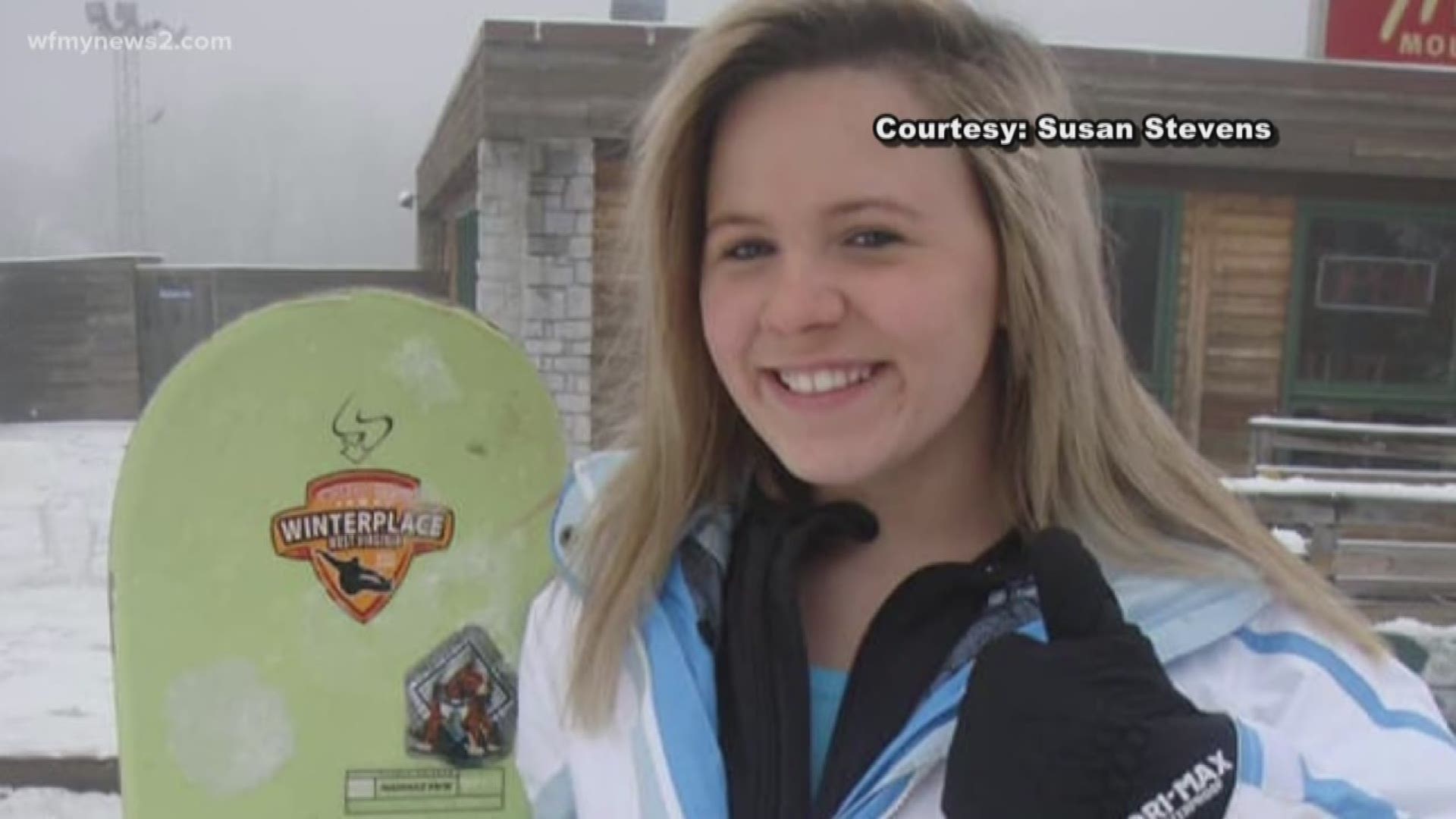 WASHINGTON, D.C., USA — A Winston-Salem woman had the opportunity to visit the Oval Office Friday.

"I’ve never been in the White House, or the oval office, or the Rose Garden before and I was blown away," Stevens said.

The opioid epidemic is personal to Stevens who lost her daughter Toria to a drug overdose last year.

At the President's speech, he asked Stevens to stand and share with the audience the photo she had of her daughter.

From a DC hotel, Stevens shared with WFMY News 2 her daughters struggle with drugs.

Stevens said the drug abuse first started when Toria stole her mom's prescription of Vicodin and got caught with it at  her high school.

"I actually said you need to arrest her thinking tough love. I was going to fix the problem," Stevens said. "And I thought, if I do this it might save her life, save her from ever doing something like this again And it was one of the first nails in her coffin."

From there, things took a horrible turn. Susan Stevens says her daughter was sexually assaulted by her court-appointed attorney representing her daughter.

"She would just sit there talking to me and start crying and shaking and visibly. I didn't know she was upstairs committing suicide. I cried myself to sleep and couldn't sleep so many nights," Stevens said.

Stevens said her daughter then turned harder drugs, like heroin.

Though grateful for the opportunity to meet President Trump, she says she would pass that up to have Toria back.

To have my daughter back healthy and not addicted and not have the hurt and the trauma and PTSD and the pain that she had, to save one more life even if it's not my kid, I'd give that 10 times over," Stevens said.

She also plans to start a support group for parents who's kids are going through opioid abuse.