The family of Officer Sean Houle express their extreme gratitude toward the Kernersville community and beyond for all the fundraisers and prayers. 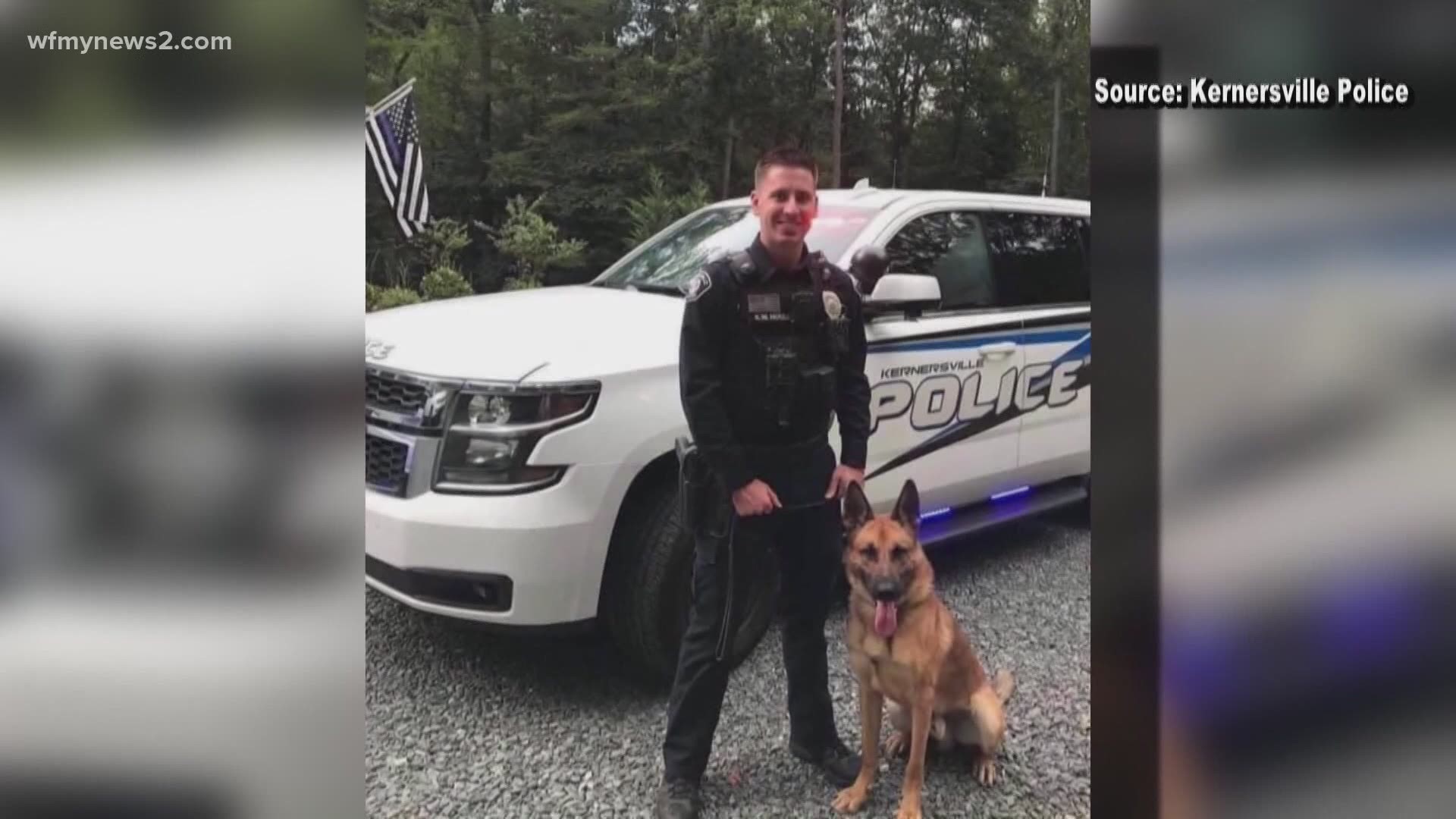 His dad Dennis Houle said he underwent major surgery on Wednesday afternoon and it was a success.

"I can report today that Sean is resting and his condition has been upgraded to stable as of {Friday} morning," Dennis said. "He’s been moved to a trauma floor so he’s out of the ICU."

Kernersville PD said Officer Houle was shot in the face, arm, and hand on February 21 after a struggle with a suspect.

RELATED: Kernersville officer who was shot three times has 'taken a turn for the better'

Almost two weeks after the incident, Houle is now communicating with his family by way of a whiteboard, and his hands.

"With the family we’ve been able to do video time so with his hand motions is how he’s been able to communicate to his children such as a ‘I love you.’

OK this one made me tear up. Family tells me Officer Houle uses hand gestures to say I love you to his kids — and the entire Kernersville community for all the help & prayers. @WFMY pic.twitter.com/y07cKvpVfB

Officer Houle has a four year old and a nine month old.

"He'll write on his board and his wife Ellie will read it to the kids or to us, because of the times we're in thank God for video phone."

The Houle family said Sean knows about all the fundraising that's been done on his behalf, and they couldn't be more grateful.

"Sean has been aware of it along with his family, they've witnessed it and we’ve all been in awe it's been nothing short of incredible," Sean's uncle Kevin Houle explained. "I think it's probably safe to say that it hasn’t gone unnoticed and to use Sean's words: it will certainly never be forgotten."

"He wrote 'it will never be forgotten' on the white board?" WFMY News 2's Jess Winters asked.

"Yes he wrote that his heart is very full," Kevin continued. "It was powerful words coming from a young man laying in a bed who, at times, was very helpless."

KPD Officer Houle relies on a white board to communicate while he still recovers in the hospital. He wrote ‘my heart is very full’ after seeing the fundraisers & outpouring of support in his community. @WFMY pic.twitter.com/QxzrMcxwdg

The family, more than anything, is grateful for the continued prayers as Houle has a long road to recovery ahead including more surgeries. Doctors have said he's a miracle and the family is hopeful for a full recovery.

"Just the rallying and the outpouring of support, the love the prayers, it's just hard for us to wrap our head around it honestly," Dennis said. "It's just been so big, just thank you to the community."

"I don’t think there are words to articulate how grateful the family is to the amazing first responders, to the Wake Forest Baptist Medical team, to all the law enforcement agencies, and to the local community," Kevin added.

Family said Houle has always been passionate about law enforcement.

"Serving his community has always been at the forefront," Dennis said. "I think it's because of his personality, he's never met a stranger. You're greeted always with a hug."

“HE’S A MIRACLE” KPD Officer Sean Houle was shot 3 times (once in the face) in February. His dad Dennis Houle says he’s officially out of the ICU! He still has a long road to recovery ahead. @WFMY pic.twitter.com/kCqIh6Is2R