Investigators say a woman and a child younger than 18 were arrested for assault and kidnapping. 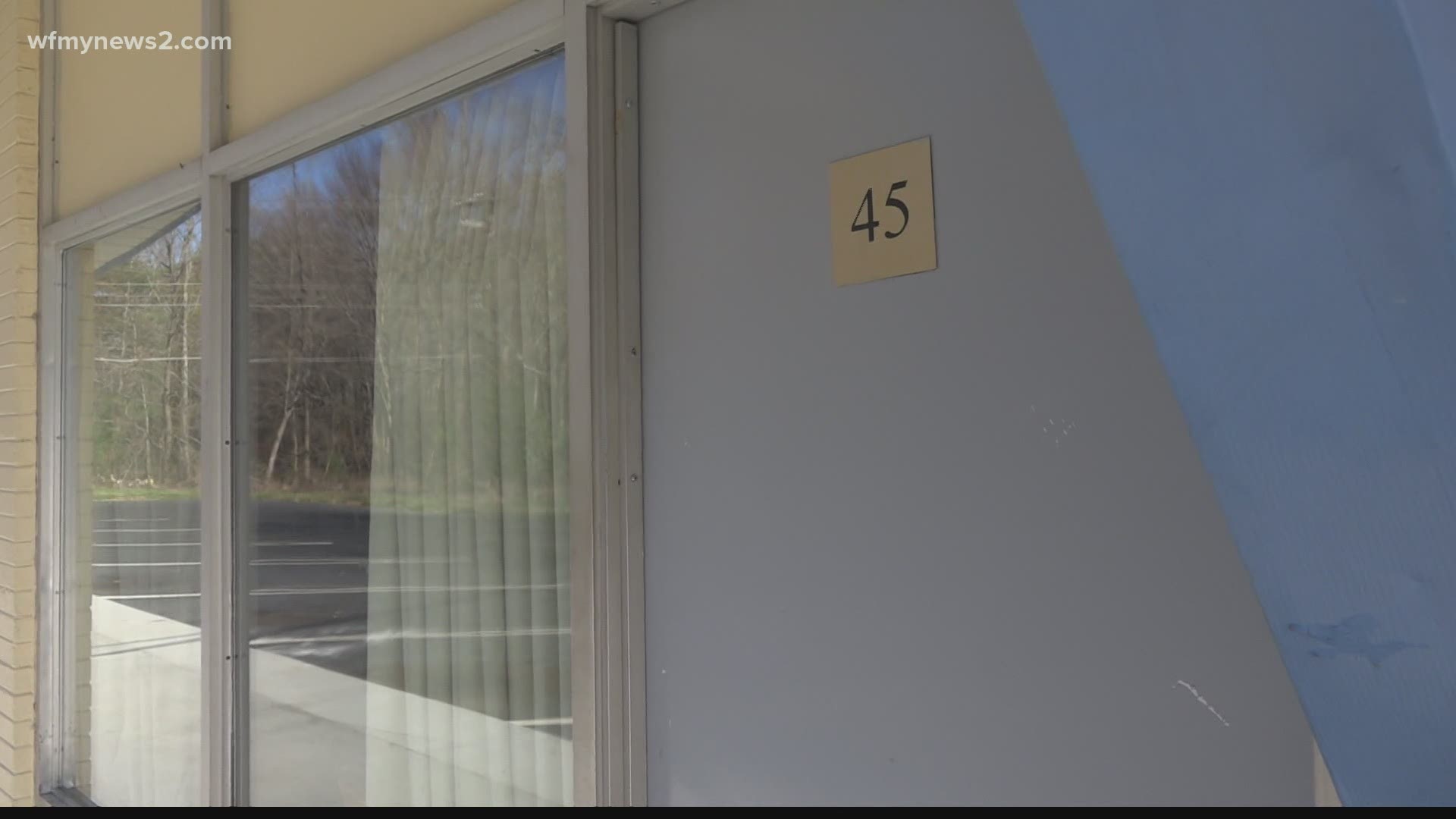 ROCKINGHAM COUNTY, N.C. — A woman jumped from a moving vehicle to escape her kidnappers Thursday morning, according to the Rockingham County Sheriff's Office.

Deputies responded to an assault and kidnapping at the Budget Inn Motel on US Highway 220 in Madison shortly after 8 a.m. They found the victim, Kristen Robinson, 38, in the roadway with severe injuries. She was taken to a nearby hospital for treatment.

Investigators believe three people took Robinson from her room and put her in the trunk of their vehicle. Deputies said Robinson opened the trunk of the car, which was moving at a high speed, and jump out.

Detectives arrested two suspects so far -- a woman and a child under the age of 18.

Takiyah Broadnax, 21, was charged with first-degree kidnapping, breaking and entering, and assault inflicting serious injury. She was given a $500,000 secured bond and a $7,500 secured bond for violating probation. She's in the Rockingham County jail.

Detectives said the child received the same charges. The minor was placed in juvenile detention under a $250,000 secured bond and also received a $7,500 secured bond for violating probation.

The investigation is ongoing and additional charges are expected, according to the release.

A witness who was at the motel when the incident occurred said the three people drove up to her just as she began her shift. She said the lady inside the car rolled down the window and asked her to knock on one of the room doors and pretend to be room service.

"She said you need to knock on the door, so I said no, you are on camera. I'm not knocking on any door, and I said 'what are you getting ready to do?' She said the lady stole from me and it's payback time," said the witness who didn't want to be identified.

"So I am watching them approach her room. She stood there, stepped back, knocked on the door said housekeeping, and I said you cannot do this. She kept knocking on the door, the lady finally did open up the door and that's when they went in and shut the door and you can hear her hooting and hollering, please help me," she said. The witness said she was frightened stiff because everything happened very quickly as the suspects dragged the woman out of the room.

"When she said to call 911, and they all looked at me and I'm still standing, I didn't say anything. I was just looking at them and so they continued to beat on her and threw her in the trunk and took off," the witness said she then called 911.

A driver along US 220 saw the lady jump out of the trunk and also called 911. "Somebody just threw somebody out of the trunk on the highway. They are going towards Virginia. It was a black car like a four door bigger like a Malibu size," said the caller.

"The victim did feel like her life was in danger and she had to do what she had to do to survive and she did. If you find yourself in this type of situation as our victim was, look for that emergency latch, try to feel around for it so that you are able to get all of that vehicle, " said Capt. Marcus Marshall of the Rockingham County Sherrif's Office.