“I’m evil as hell. I get real nasty and evil," she said in the viral rant. 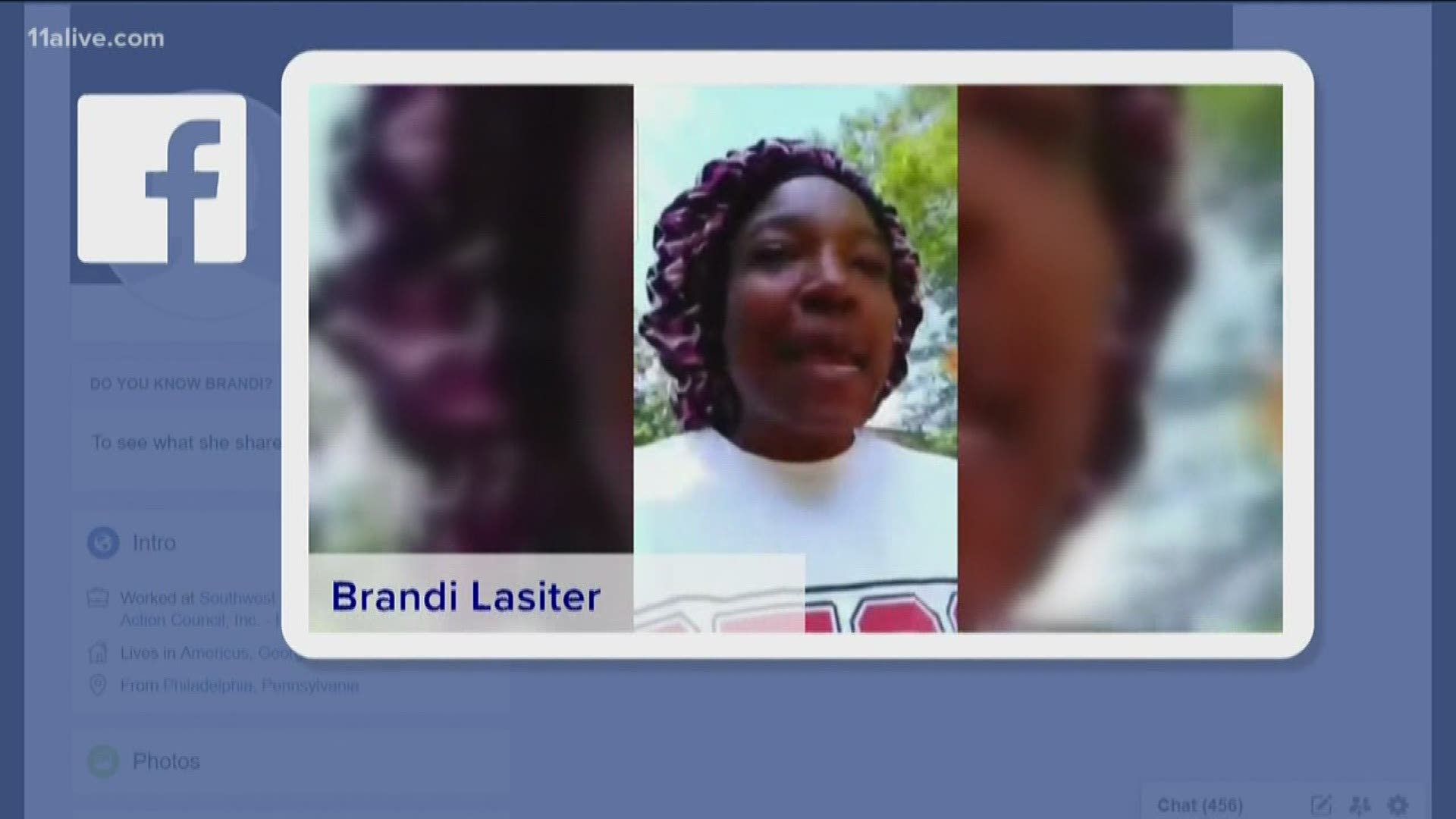 AMERICUS, Ga. — Police say a Georgia woman has been charged with a misdemeanor after she lied in a viral Facebook Live rant about being HIV-positive and intentionally infecting others.

Americus police said in a news release Friday that a recent blood test showed Brandi Yakeima Lasiter did not have HIV. She was charged with a misdemeanor count of making harassing communications.

Americus police began investigating after receiving links last week to the video that showed Lasiter naming men she claimed to have infected, along with their wives and girlfriends.

In the original video, a copy of which had hundreds of thousands of views on YouTube, Lasiter named several men and some of their partners, telling them she’d given them HIV.

RELATED: Woman who made viral video telling people she gave them HIV now says she doesn't have it

In the roughly one-minute video, Lasiter brags about revenge and wanting to watch the men suffer.

The original Facebook video has since been taken down, but it lives on in videos that were copied on YouTube.

One of the men named in the video filed a complaint of “harassing communications” against Lasiter.

Under Georgia law, it is illegal to knowingly attempt to transmit HIV.

RELATED: Woman who made viral video telling people she gave them HIV now says she doesn't have it

She later told detectives she lied about being HIV-positive because she was angry at the people named in her video.

It was not immediately known if Lasiter had an attorney. Misdemeanors in Georgia are punishable by up to a year in jail.

OTHER HEADLINES FROM 11ALIVE: WHERE ATLANTA SPEAKS

'Motivation' is in jail for sex trafficking; hear his warning to parents