Wylie East High School is offering a new class that has already drawn so much interest that two sessions filled up quickly. 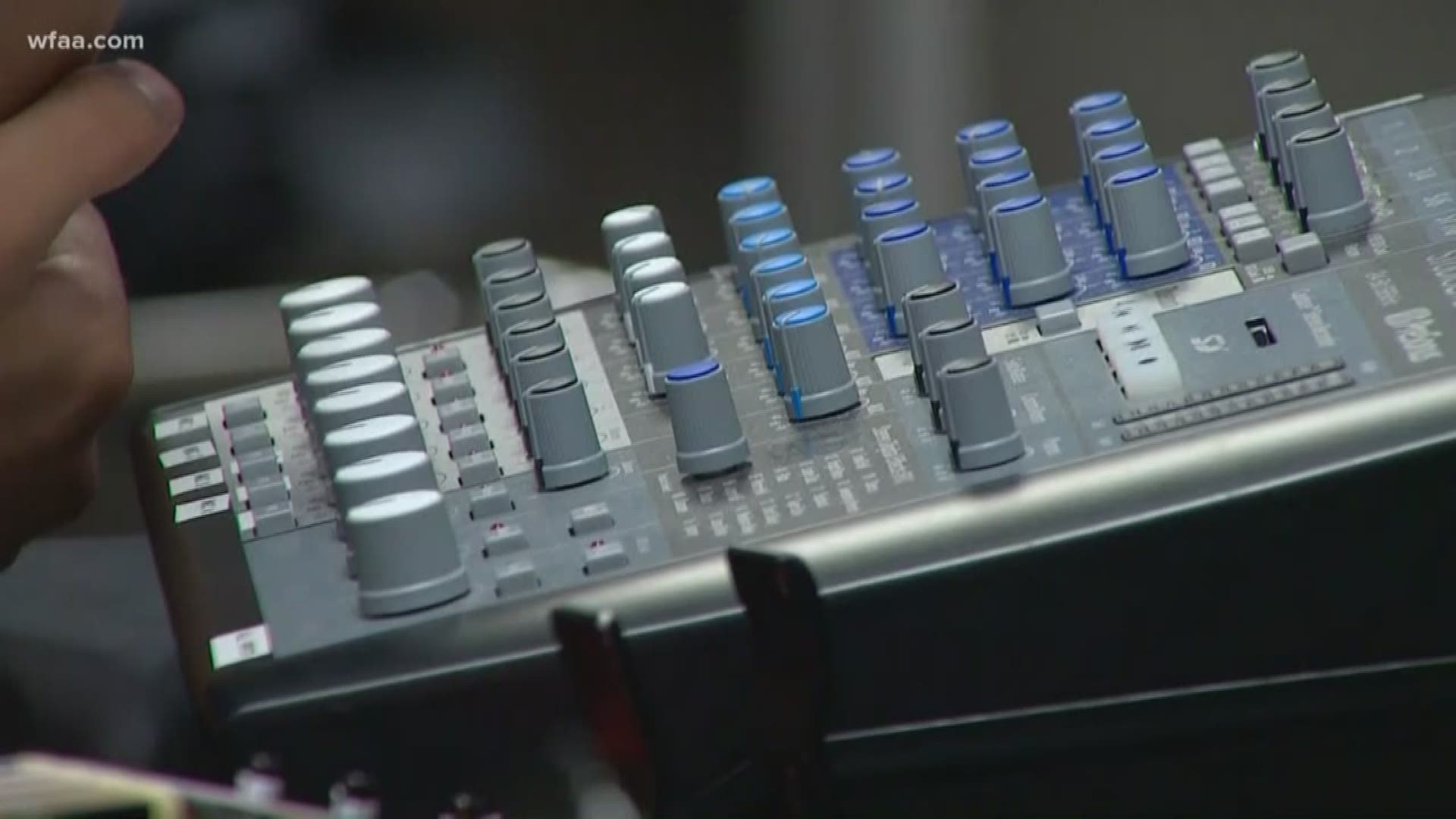 "There's nothing wrong they could do," said Levi Turner, the teacher of the Digital Audio Technology class. Turner said he sang in church and was a bass player. He also once ran a label and was a professional musician.

It is the first class of its kind. Turner told WFAA that it was a club last year and had some serious interest from students. This year, the class is separated into two class sessions. Students will get the chance to write, record, produce and even sell music.

"To see something come out of nothing...it's art. You get to create art," junior Jamie Gammon said.

The students in room 414 get to create music without constraints. On Wednesday, students separated into groups. They formed sub-labels under the school's Raider Records parent label. Students are responsible for building a sound into a song, and ultimately uploading those songs to the Raider Record label.

Carter Pohlmeier was busy in front of a mixer and a keyboard working on instrumentals. At the end of the year, he hopes to have an album.

"I come in here as often as I can just to see if I can workshop this at all," Pohlmeier said.

Turner told WFAA that some students are hoping to prove to their parents and even the industry that there is room for them in music.

"You have to be really comfortable with you are. It strips you down to the bare minimum," Gammon said.

Turner also talks about the dark parts of the industry. Students will learn about copyright, intellectual property, and ethics.

He said he is excited about this opportunity to impart some music industry knowledge to these students. The interest in the class was very evident after two sessions this semester filled up quickly.

"They hear their parents say, 'You can't do this for a living and you need a real job,'" Turner said.

Turner is hoping students see a future in music.