Carlsbad grandpa writes a children's book for his grandkids called “How Steven the Bear Invented S’mores.” 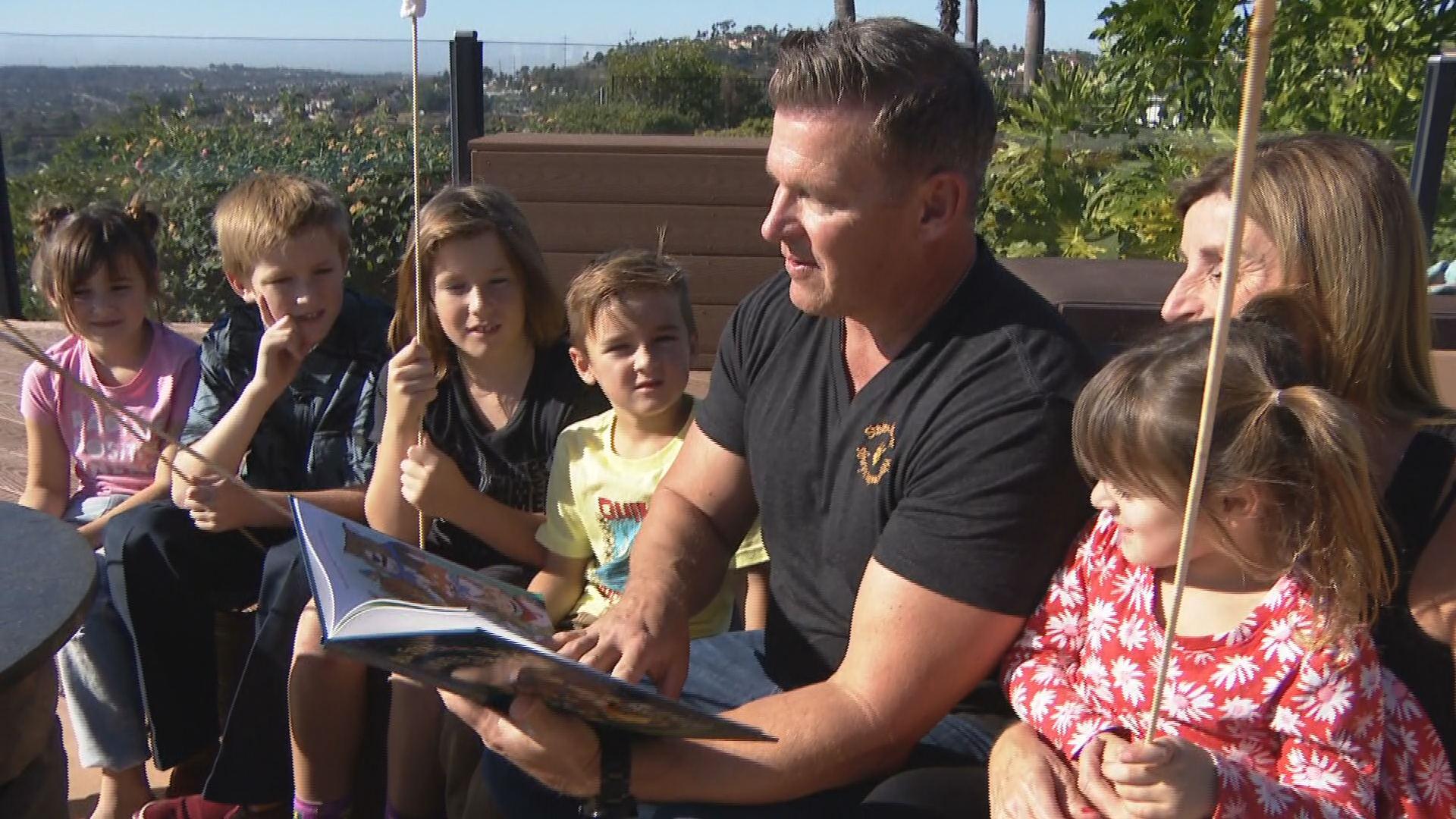 CARLSBAD, Calif. — You may enjoy eating s'mores, but have you ever stopped to wonder who invented them? In this Zevely Zone, I went to Carlsbad to meet an Air Force veteran flying high on love.

The Hall family was huddled around a California campfire, but the real warmth is emanating from their Grandpa who was reading a book. "After dinner, Steven carefully roasted his marshmallows," read Scott Hall who wrote a children's book for his grandkids and named it “How Steven the Bear Invented S’mores”.

Along with the tasty treats, Grandpa's loaded for bear with corny jokes. "What do you call a wet bear? A drizzly bear, ha, ha," laughed Scott.  Anything is funny when feed the kids this much sugar. The family was making and gobbling down s'mores at a campfire. They were even chanting, "When I say s'more you say yeah. S'more. Yeah, s'more, yeah."

Scott's wife, Kimberly goes by Gigi and she is proud of a man who serves his family and country. Scott was a fighter pilot in the Air Force for 28 years. During the pandemic, the commercial pilot turned from aviator to author.

COVID has turned a lot of people into grumpy bears but this guy is a teddy bear. "One big teddy bear. He is the most giving soul and his grandbabies to him are everything," said Gigi.

They may be a fairy tale family, but they're not your average bears. I asked 4-year-old Stella this question, "What is your grandpa like?" She looked me straight in the eye and responded. "I don't have a grandpa."

That's because grandpa only goes by the name "Bear".  I then asked, "What is bear like?" Stella told me, "He is like an angel."

RELATED: San Diego firefighter writes a children's book about the pain of miscarriage

Bear named the characters of his book after his grandkids. "So, we have Jack the fox, Lily the raccoon, we have Hayden the bobcat, we have Archy the wolf, and Stella the bunny," said Scott.

If you've ever wondered how Steven the Bear invented s'mores and feel like eating, you know where to go and what to read. "Without s'mores I don't think I would make it through quarantine," said Jack.

RELATED: Children's book written for anyone who has lost or loved a pet

The book is the first book of a series and is designed for young readers Pre-K through 3rd grade. “How Steven the Bear Invented S’mores” is a fun camping story about a fun, fictitious bear named Steven.

Scott is donating five hundred books to children's hospitals across the country. If you'd like to buy a book click here.