The new 'Holidays in Your Car' event will run from December 5 to January 2. 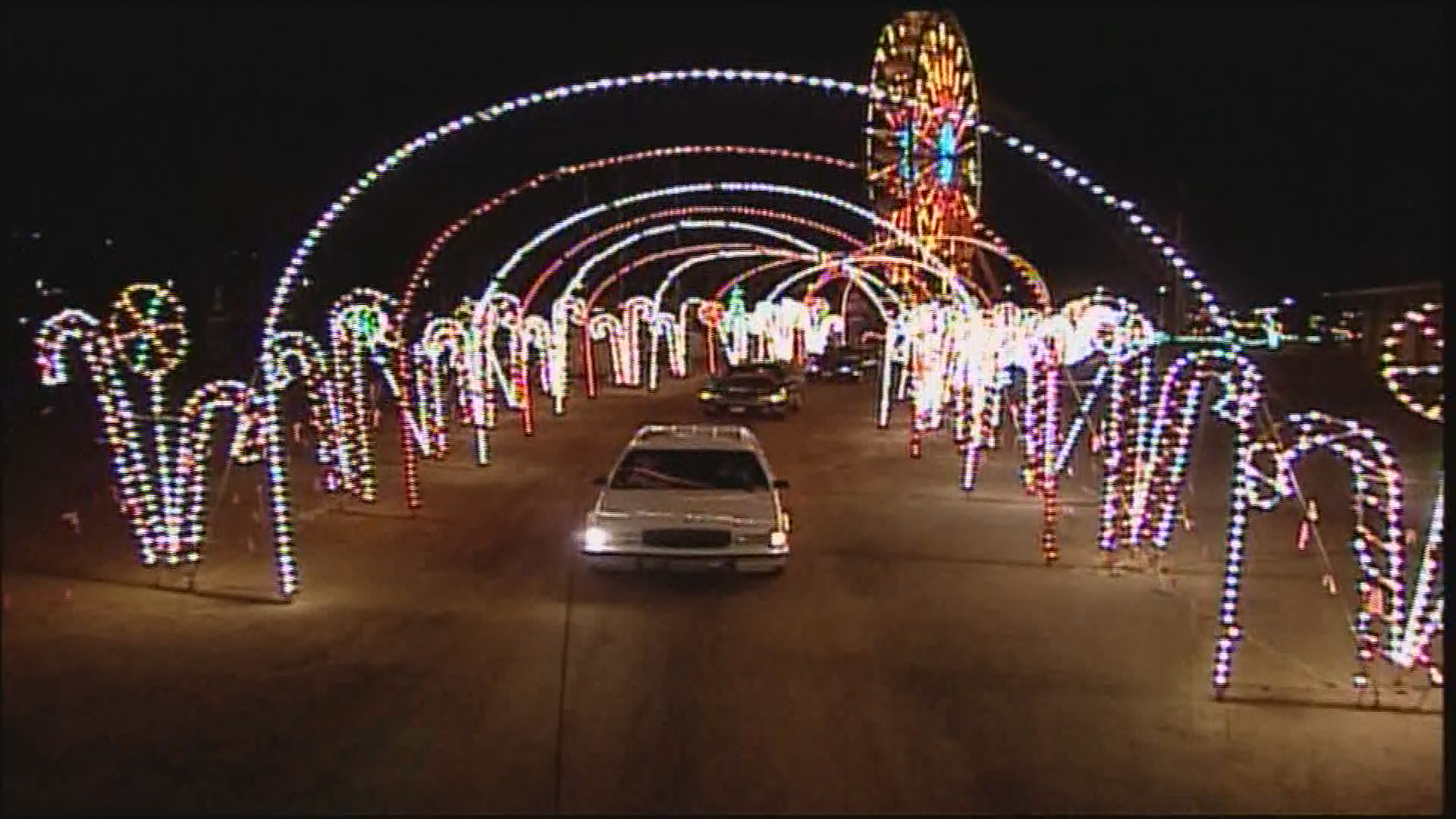 DEL MAR, Calif. — So much has been taken away from us in 2020, what do you say we get something back that we all really love? In this Zevely Zone, I visited the Del Mar Fairgrounds where holiday lights will once again light up the night.

After being put on lay away for 8 years, leave it to a young father to revive a Del Mar tradition. "So, I have a five-year-old and a one-year-old," said Concerts in Your Car founder and producer Vincenzo Giammanco.

After an 18-year run, Holiday of Lights went dark in 2012, so Vincenzo figured it was time to put families behind the wheel again for Holidays in Your Car and went out and found one million lights. "Well, Santa's elves have been working on these lights for a long time," said Vincenzo.

The drive-through display will be about 1.5 miles long. You'll be asked to drive between 3 and 5 miles per hour which should take less than 30 minutes. The old displays are gone but new technology will include holograms and a laser light show. In the past Holiday of Lights took spectators around the racetrack, this year they will drive through a parking lot and head into this huge tent called the Tunnel of Lights.

When the adventure ends, cars can stop at the stage for a new show called "Santa Saves Christmas." "It's a live show there will be some sing-alongs there is a circus act and Santa will be there with his magical team of characters," said Vinchenzo who told us the San Diego Ballet was considering not performing "The Nutcracker" until now. So, not only did he save the holidays, he saved The Nutcracker. "A team of us saved The Nutcracker but yeah it's going to be different I mean it's in a drive-in this year," said Vinchenzo.

2020 has been a year like no other, so the goal is "whatever it takes" to reinvent our Holiday Headquarters. "There is going to be some sleepless nights, but we will be ready for December 5 and we can't wait to launch this thing," said Vinchenzo.

RELATED: Ready or not: 'Holiday Rush' arrives in Poway

Tickets to Holidays in Your Car start at forty-nine dollars. The event runs December 5th through January 2. For information click here.