Carson Doyle Wehlage won a $500 dollar prize from Autism's Got Talent competition thanks to training from "Unscripted Learning." 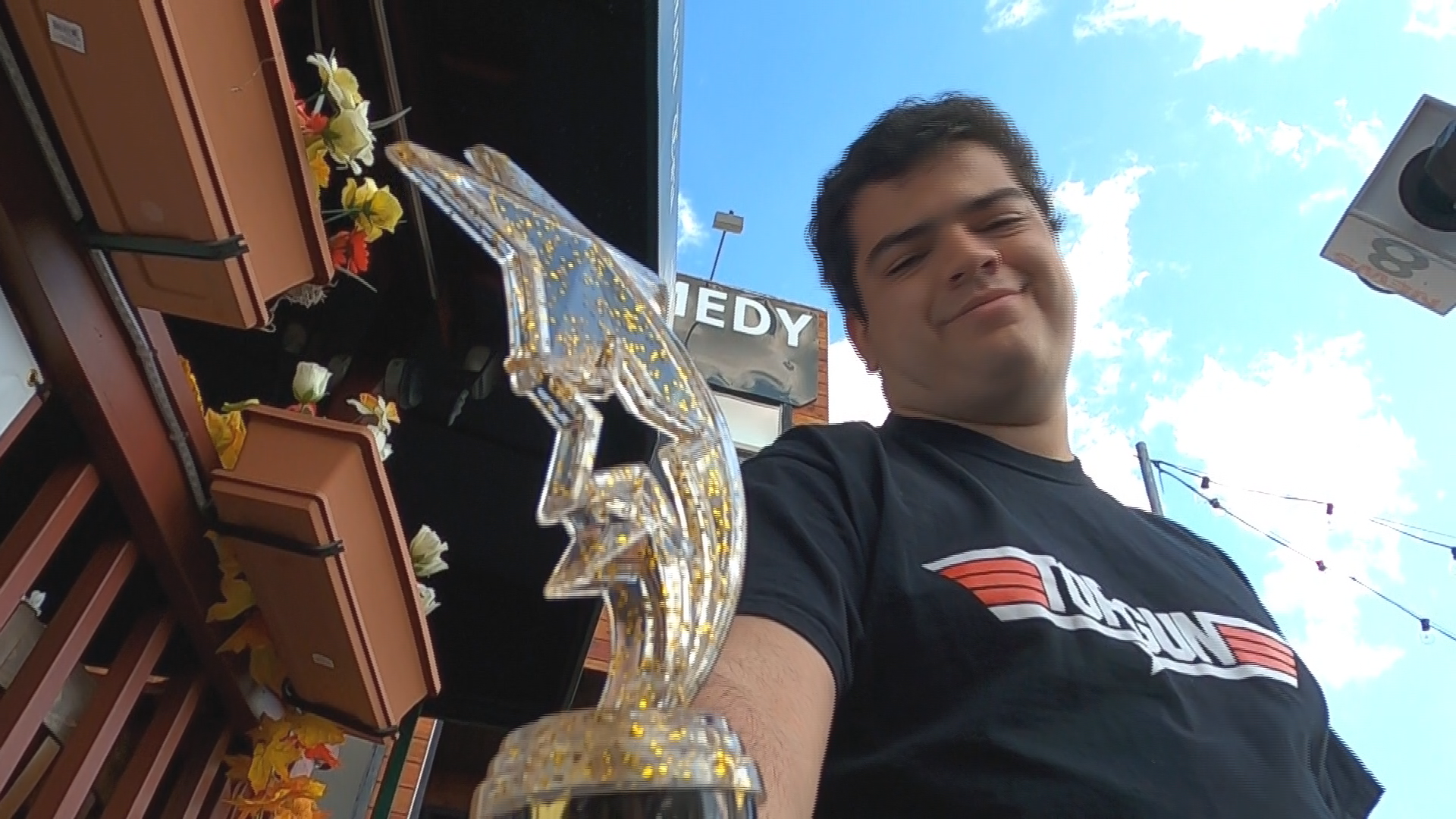 SAN DIEGO — Laughing in the face of adversity takes courage but can pay off with a big trophy and paycheck. In this Zevely Zone, I went to the National Comedy Theatre where an online comedy class was in session.

Nothing makes him happier than seeing other people smile and laugh. When you want to become a professional comedian you work your way to the top. We first met Carson at the Poway Rodeo where he served as ambassador to Sam's Posse. Carson also enrolled in an improvisational class with the non-profit organization Unscripted Learning through the National Comedy Theatre's "Connections" program.

"They kind of helped me in the whole Karate Kid kind of way," said Carson.  Carson thought a lot of the exercises were pointless until he got back on stage and shined.

"Basically, these two guys are the Mr. Miyagi of myself," said Carson. There can only be one Mr. Miyagi, so we asked Gary Kramer, a professional comedian, and Richie Ploesch, a Board-Certified Behavioral Analyst, who made Carson's delivery so deadly. "Gary taught me how to be funny, I'll give his credit for that," said Richie. To which Gary added, "I'm the fence, you are the guy painting the fence, I'm just the fence."

"It's just amazing to see how far he has come," said Carson's mother Jan. "The thing that I love the best is his behavioral jokes. Those really crack me up because I've been there, I have been the one who has been dealing with your behavior, so this is pretty funny for me because it is pretty cathartic to laugh at his jokes knowing that he is saying them to be lighthearted."

"Carson is hilarious the thing about him is that he always had talent he always had jokes that he wanted to say really all we gave him was the confidence to be on stage in front of an audience," said Richie.

"He was funnier than we are and it's not right, but you can't teach talent and the kid is talented," said Gary.

The laughter is great, but all joking aside, "It feels great to be honest," said Carson who got second place in the competition and won $500. So, for anyone who wants to take a swing at their challenges with punch lines: "If you really put your heart into everything you can disable your own disability just like I did," said Carson. "Roll credits."

If you'd like to learn more information about the National Comedy Theatre and their non-profit organization "Unscripted Learning" click here.