Gilbert was on his first international trip for a family reunion when he was paralyzed in a diving mishap. Actor Terry O'Quinn visited him in the hospital. He's among those trying to help Gilbert get home to Australia. 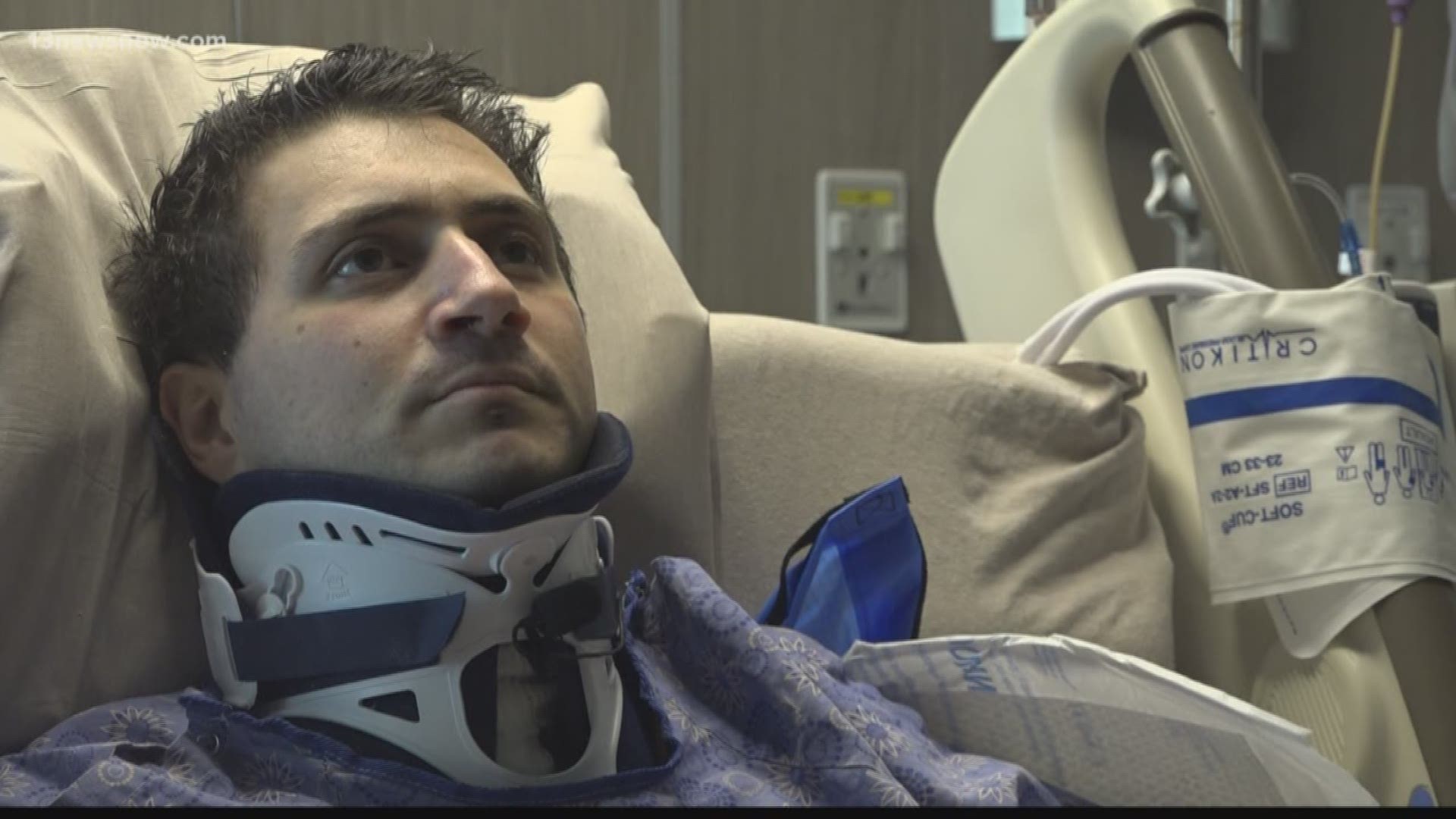 NORFOLK, Va. (WVEC) — An Australian man is on a mission to make it home after a mishap left him confined to a hospital bed.

It was supposed to be a fun family reunion trip to the Outer Banks for Gilbert, who was on his first international trip.

He remembers being on a dock in Buxton back in August when a ball fell into the Pamlico Sound. He dove into the water to get it.

"I looked at the water and it was murky,” Gilbert said. “And you couldn’t see what was underneath."

Gilbert soon realized he could not get out after he hit his head on a sandbar. The impact shattered a vertebra in his spine, which paralyzed him from the chest down.

"I have partial sensation in the stomach and abdomen," he said.

His goal is to walk again. In the meantime, simply getting home has become the biggest hurdle.

His insurance does not cover medical in America and a specialized flight back home costs up to $200,000.

"You get homesick. Your family is all in Australia, so it's good to be home next to the family," Gilbert said.

Gilbert’s story has already reached a lot of people, including Lost actor Terry O’Quinn who stopped by Sentara Norfolk General Hospital to speak with him Tuesday.

"He's a great guy. A grateful guy,” O’Quinn said. “I would like to make a plea to Hampton Roads and say let's take this as a community effort and let's help Gilbert get home from here."

A GoFundMe account has been set up to pay for the medical flight back home. It has already raised more than $50,000. Any additional funds will go toward Gilbert’s medical bills.