The Navy identified the sailor aboard USS George H.W. Bush who was killed in an accident as Airman Apprentice Joseph Min Naglak. 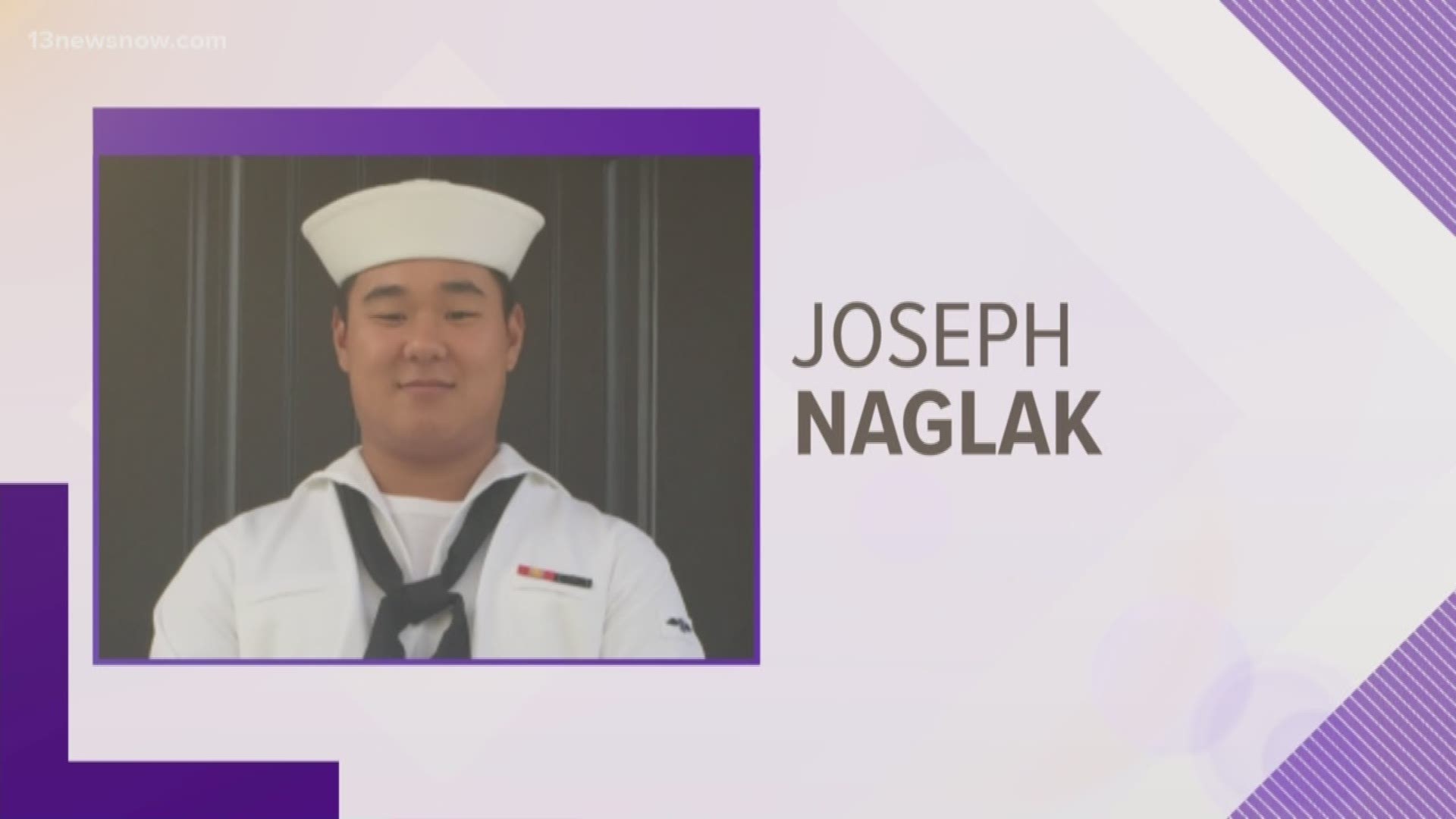 NORFOLK, Va. (WVEC) — The Navy identified the sailor aboard the USS George H.W. Bush that was killed Monday in an accident as Airman Apprentice Joseph Min Naglak.

Naglak was struck by a turning propeller of an E-2C Hawkeye after securing the aircraft to the flight deck, a Navy news release said.

The incident happened around 4:45 p.m.

Naglak, who enlisted in the Navy in his home state of New Jersey in April 2017, was an Aviation Boatswain’s Mate (Handling) Airman Apprentice, the Navy said.

He reported to the ship four months later upon completion of his training in Pensacola, Florida.

No other sailors were hurt, and the cause of the mishap is currently under investigation.

Nearly 30 ships had just returned after being sortied to avoid impact from Hurricane Florence last week, but according to Navy spokesman Commander Dave Hecht, Monday's incident occurred while the ship was out to sea.