A helicopter is also assisting in the search. 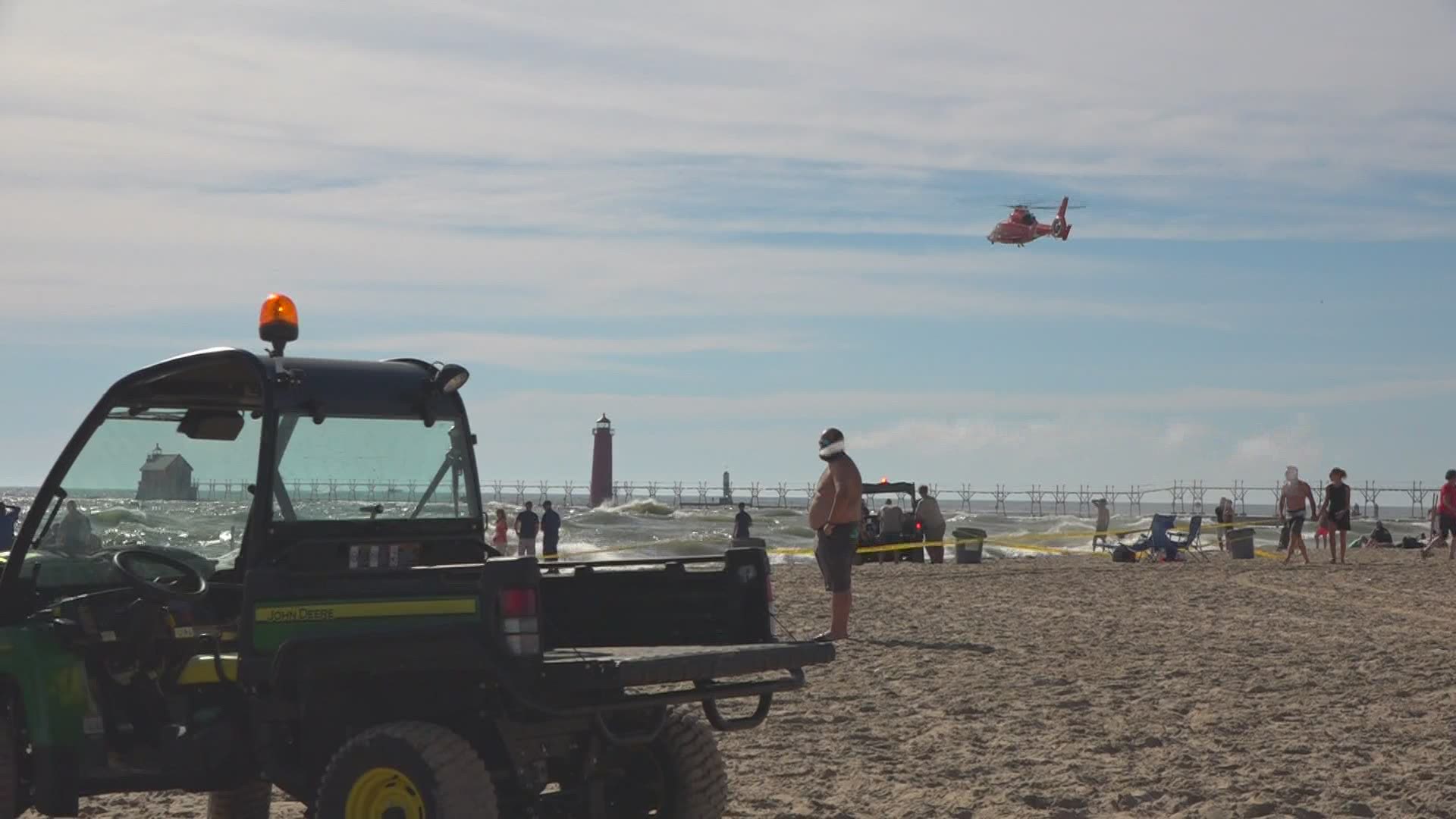 Crews were back out around 8 a.m. A marine patrol boat would go back out on the lake and use SONAR technology to locate the teen, as well as divers in the water.

Officials are hoping the waves will go down a bit more. They're not as bad as yesterday, which was around 8-feet at some points, but they are still rough.

The boy's disappearance was first reported by the Grand Haven Tribune.

Grand Haven Department of Public Safety Director Jeff Hawke said the boy was last seen in the water near the swim buoys in Area 3 on the beach around 3:42 p.m.

Initially, beachgoers at the water's edge formed human chains to walk through the 4-5 foot waves and help crews look for the boy. But Hawke said rough waters and high waves have made the search difficult.

After five intensive hours Sunday, around 8:30 p.m. the search was suspected. Police said he is presumed drowned.

"Two longshore currents, one going north toward the pier and one going south to the other end of the beach. Those are on either side of the sandbar that's right out here by the swim area. Conditions are very difficult. Search conditions are extremely difficult," Hawke said.

The U.S. Coast Guard, along with other area agencies, deployed a boat and helicopter to assist with the search.

"We have a pretty good location for his last position, but unfortunately with the currents that are present— the longshore currents and then the rip currents down by the pier— things can change very rapidly," said Hawke.

Grand Haven State Park shut down entry to the beach shortly before 5 p.m while the search continued. Red flags were out on Sunday, the Tribune reported. The National Weather Service said gusty winds on Sunday would create dangerous swimming conditions at all Lake Michigan beaches.

The park also shut down the pier on Saturday evening after several people were swept off.

Hawke said crews will stay out Sunday until the boy is found or until search efforts become too difficult due to the conditions. As of 6:30 p.m., he said they're still hoping for the best.

"I'm not calling it a recovery right now. It's been two hours, so I think common sense will tell us unless he's out of the water somewhere and we don't know about it, (or) that we are working on a recovery right now, unfortunately," said Hawke. "Very sad to say, obviously."

People were asked to stay out of the water unless they were helping with the search. But Hawke also encouraged beachgoers not to go swimming in Lake Michigan when there are big waves.

"Just be aware of the conditions," he said. "I think the power of the water is a lot of the times underestimated. And when we have the big waves coming in, it's the current going back out, rip currents, structural currents, and longshore currents that can be deadly. Just be very careful. Pay attention to the flags. Pay attention to water conditions."

The Ottawa County Dive Team and Michigan State Police Dive Team will conduct a water search in the morning.

Watch: Police give update on search for teen at Grand Haven State Park

Watch: Police give update on search for teen at Grand Haven State Park

An earlier version of this story since the boy was 13; that was based on initial reports. It has since been updated.

More stories on 13 ON YOUR SIDE: