'I'm probably at around $300': Mom turns to Uber to get her child to school

Stephanie Carlbert is legally blind, so she can't drive her daughter to school when the bus is late or doesn't show up. 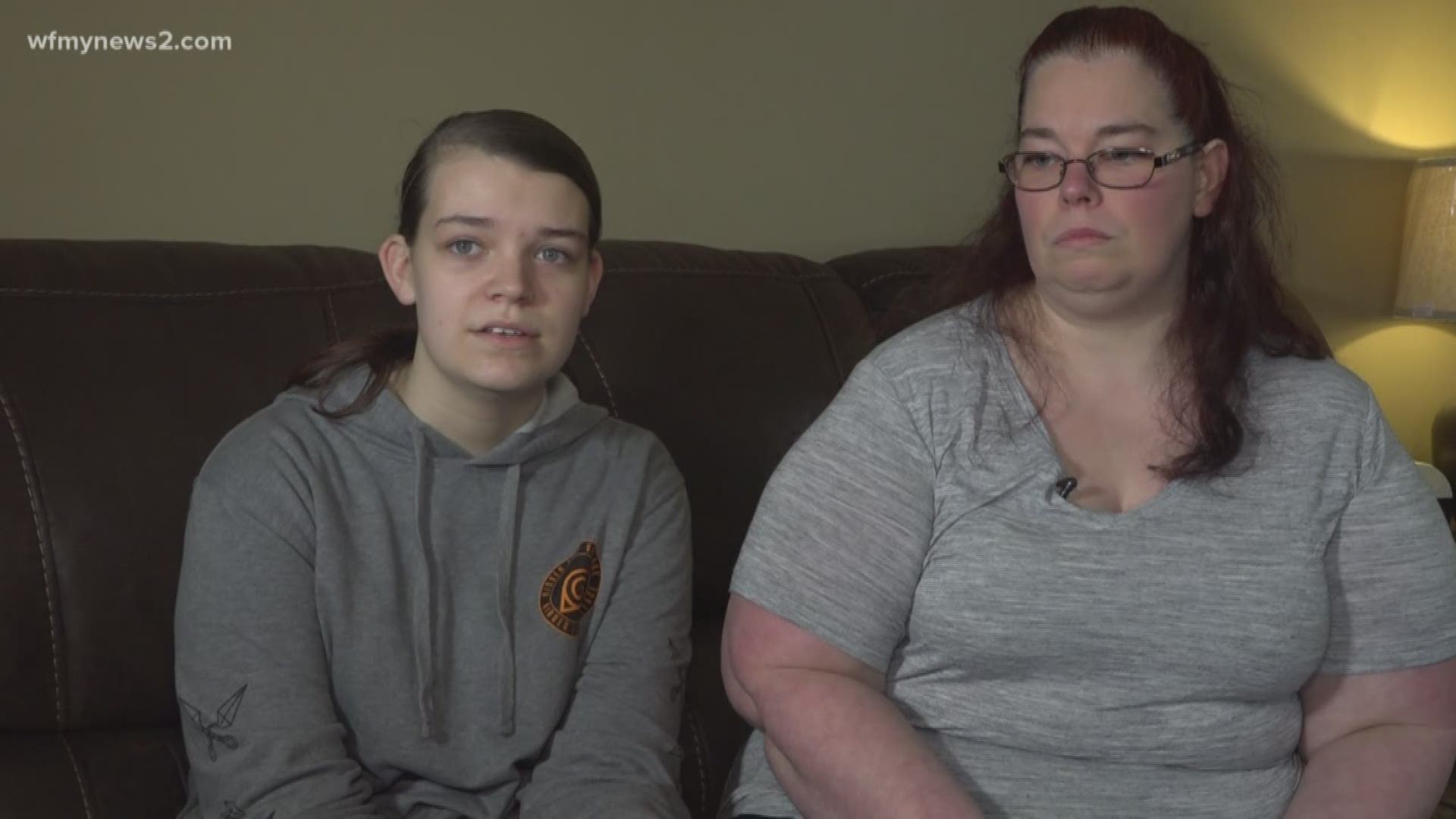 WINSTON-SALEM, N.C. — A Winston-Salem mom says she's been forced to Uber her daughter to school because she can't rely on the school bus to get her there. The cost of doing that has been adding up for her since the problem began in early January.

"That particular week I had to get her to school three days out of the five days," Stephanie Carlbert told WFMY.

Carlbert said when she called the transportation department she was told that the bus driver had quit and the route had been assigned to a substitute driver for the time being.

"There were many days that the bus will skip the route or wouldn't show up within a certain allotted time," she added.

In the two months since winter break ended, Carlbert said she has used Uber 16 times to get her 8th grader, Monica, to school.

That number only accounts for the days she was able to do so.

Carlbert said despite her several complaints to the school district, the school bus is still not showing up as scheduled.

"One morning it was 25° and she was there for 52 minutes before the bus pulled up," said Carlbert.

So far she's spent more than $300 on Uber rides to take her daughter to school and return home. Sometimes her older daughter volunteer's to do the trip to take her younger sister to school because she is a minor and can't ride in the Uber by herself.

"To do the round-trip is about $20 and some of the days that I didn't have the money I had to just let her stay at home."

Carlbert is legally blind so she cannot drive her daughter to school herself.

For Monica, she says the situation is not just stressing her mom out, it's affecting her and the other kids on her route.

"I actually sat there and counted there were nine kids on the bus and there was really no point of having a bus driver that morning. It's still counting against me even though it's because of my bus," said Monica.

A spokesperson for the Winston-Salem Forsyth County School district said the transportation department is looking into the problem.

RELATED: Is another teacher walkout coming? NC educators say they're considering more action to get the attention of lawmakers

RELATED: 'I screamed at him, stop!' Mother concerned after driver almost hits school bus, her daughter