Florida's Brightline trains could run from Miami to Tampa 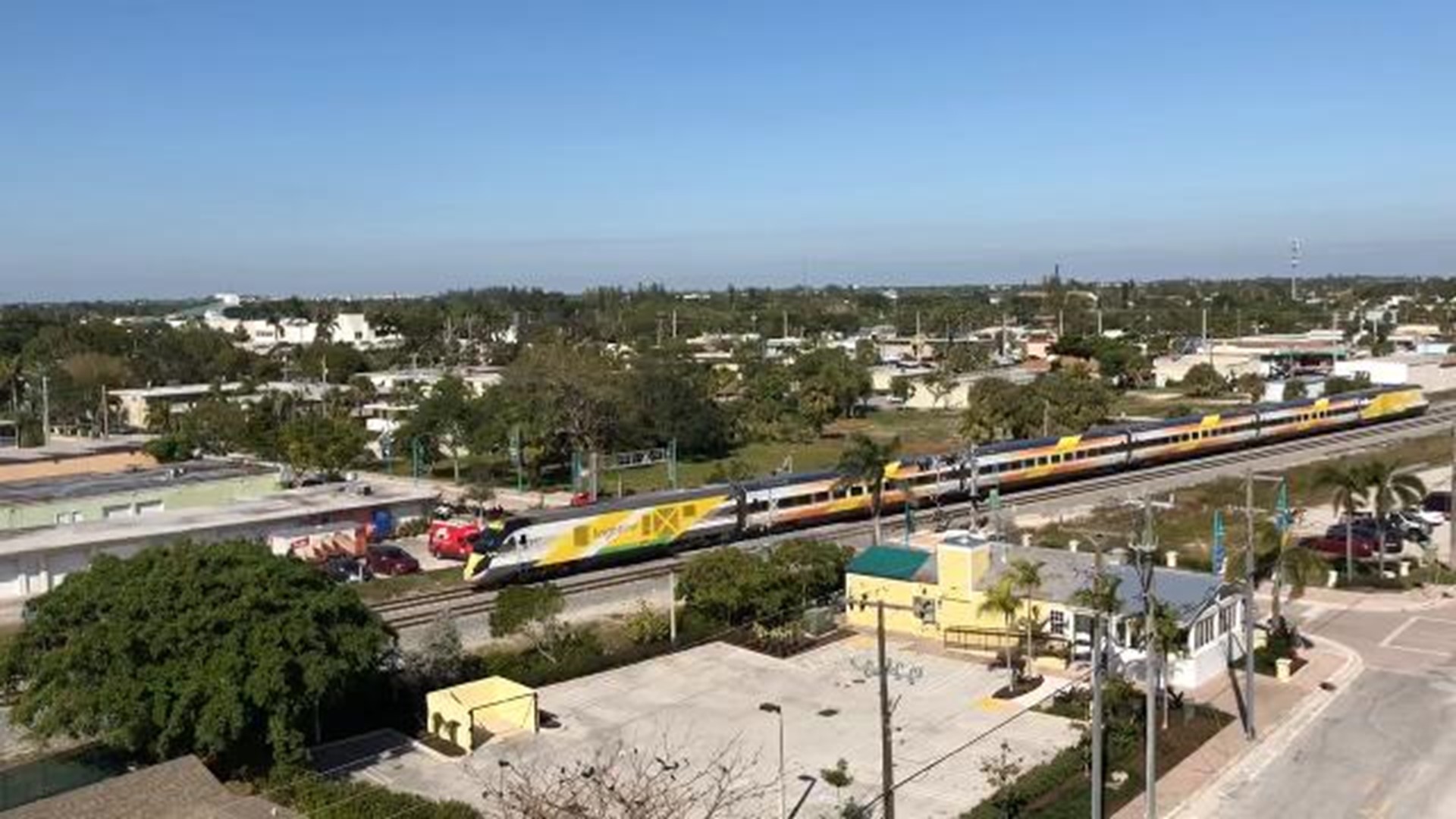 The path for Brightline to expand from Orlando to Tampa became clearer Friday when Gov. Rick Scott announced the state will consider leasing land along Interstate 4 for development of a high-speed passenger-rail corridor.

The Florida Department of Transportation and the Central Florida Expressway Authority — which own the rights of way — said they will accept proposals from all interested private companies in an "open and transparent procurement process."

Brightline triggered the process by submitting an unsolicited proposal to the state to run higher-speed passenger trains along the interstate from Orlando to Tampa.

Brightline — which calls itself the nation's only privately financed, built and operated railroad — is a $3.1 billion project that already runs passenger service between Miami and West Palm Beach and plans to expand to Orlando International Airport by January 2021, according to the company.

Brightline President Patrick Goddard on Friday expressed enthusiasm for the potential expansion from Orlando, a tourism mecca, to Tampa, the state's second-largest city.

“As one of the nation’s fastest-growing regions, Tampa Bay is a natural extension for Brightline," Goddard said in a prepared statement. "Our state’s residents, visitors and economy will benefit tremendously from a fully connected passenger-rail system that includes our current operations in South Florida and our future line to Orlando.

"We are currently engaged in the (request for proposals) process, which is the first step needed to extend the system to the Tampa Bay region.”

1 / 38
JEREMIAH WILSON/TCPALM
U.S. Congresswoman Lois Frankel takes a selfie aboard Brightline’s introductory trip between West Palm Beach and Fort Lauderdale on Jan. 12, 2018, during an invitation-only media preview ride beginning and ending at the Brightline West Palm Beach station. Brightline is selling tickets and passes both online and on its mobile app and will begin service for the general public beginning Saturday, Jan. 13. To see more photos, go to TCPalm.com.

Earlier this year Wes Edens, co-founder of Fortress Investment Group, Brightline's parent company, said Tampa and Jacksonville were among the most logical expansion opportunities for Brightline. A Tampa expansion would be particularly attractive thanks to the state-owned right of way, Edens said.

Edens also said Brightline’s financial model — taking advantage of existing infrastructure and leasing privately-owned or government-owned rights of way — could be replicated in other highly populated, highly congested city pairs such as Atlanta-Charlotte, Houston-Dallas and Dallas-Austin.

"Our vision doesn't stop here," Edens said. "Our goal is to look at other corridors with similar characteristics — too long to drive, too short to fly."

In 2011, Scott rejected a Tampa-to-Orlando passenger-rail project that would have been funded by more than $2 billion in federal money. Scott said the project, part of the Obama economic-stimulus effort, risked overspending taxpayer dollars without the guarantee of economic growth.

On Friday, the governor emphasized the differences of the currently proposed project.

"Through private investment, we ensure that this major project has zero financial risk to Florida taxpayers," Scott said in the news release.

Brightline began limited service between West Palm Beach and Fort Lauderdale on Jan. 13 and expanded service to Miami May 19.

Phase 2 — extension of full service through Martin, St. Lucie, Indian River, Brevard and Orange counties and on to Orlando airport — is still several years away, railroad officials have said.

Other companies will have 120 days to submit proposals once the state issues its request for proposals, according to FDOT.