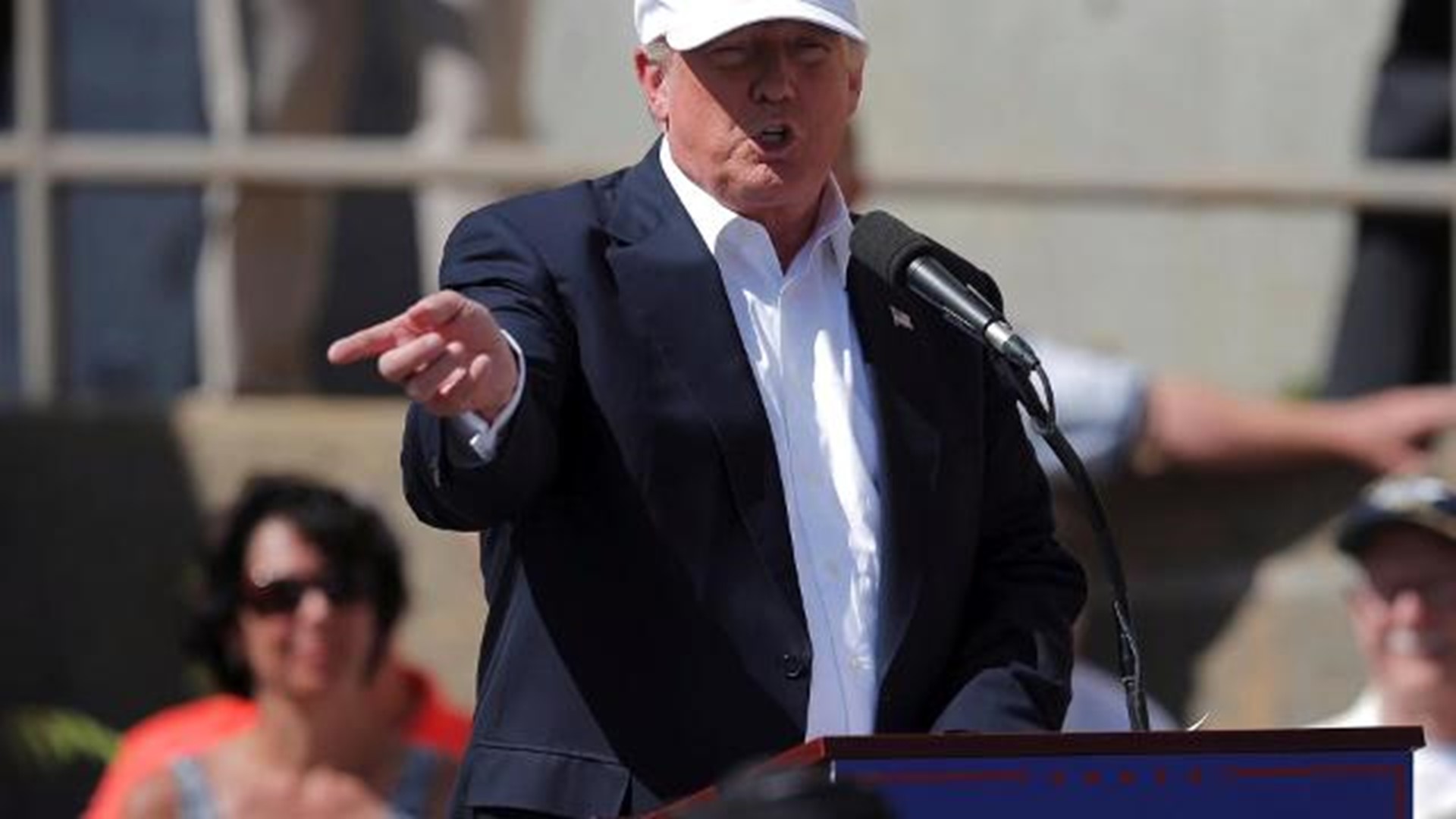 At the top of that sales list: U.S.-made military drones, which defense contractors will be able to sell directly to foreign governments without going through the Pentagon.

At a meeting Wednesday with Japanese Prime Minister Shinzo Abe, Trump promised to streamline the sale of military equipment to allies. Throughout his presidency, he has rarely met with an ally without touting U.S. arms, which he calls "the best in the world by far."

Trump said arms sales too often are held up by red tape. "It would be, in some cases, years before orders would take place because of bureaucracy with Department of Defense, State Department. We are short-circuiting that. It's now going to be a matter of days," he said Wednesday.

Using a form of executive order for national security, Trump instructed the State Department to come up with a plan to speed up those sales within 60 days. In a separate classified order, Trump lifted President Obama's 2015 ban on the direct sale of military drones to foreign governments.

Trump's trade adviser, Peter Navarro, called the ban "myopic," saying it put the United States at risk of losing an advantage against global competitors — especially the Chinese. He cited China's Wing Loong II drone, which he called "a clear knockoff" of the Reaper drone — also known as a Predator B — made by San Diego-based defense contractor General Atomics.

"The fact is our allies and partners want to buy American. They know American industries produce the most technologically sophisticated, accurate and effective defense systems in the world," Navarro said.

Using U.S.-made equipment helps the economy, he said, and makes the country safer by increasing the ability of U.S. forces to fight side-by-side with allies using the same equipment.

But critics say the policy will allow the sale of drones to countries that may not have the same safeguards in protecting civilians from drone strikes.

"The document itself talks a lot about economics and jobs and the defense industrial base. There's a couple of paragraphs about human rights, but it’s a low bar," said William Hartung of the Center for International Policy, author of Prophets of War: Lockheed Martin and the Making of the Military-Industrial Complex.

"Arms sales should be about security, not about promoting jobs," he said.

Trump administration officials insisted that the new policy will balance U.S. commercial interests with human rights. The United States is part of a 1987 agreement by industrialized countries to restrict sales of unmanned aircraft capable of carrying weapons of mass destruction.

Human rights groups said it's hard to know how the Trump administration will enforce those measures — especially since the drone policy is classified.

"Many countries that want to buy drones from the U.S. simply don't have the complex systems in place needed to avoid civilian harm when using one," said Dan Mahanty of the Center for Civilians in Conflict. "Armed drones also enable the use of lethal force in places that can be difficult to access, which also presents challenges to assessing and investigating civilian harm."

The Trump administration said the policy will require that countries buying U.S. military equipment take measures to prevent civilian casualties while using it.

"We absolutely look at human rights as one of a set of considerations that we look at," said Tina Kaidanow, principal deputy assistant secretary in the Bureau of Political-Military Affairs at the Department of State. "We look at a whole range of U.S. national security objectives."

One of the primary objectives under the Trump policy is to help U.S. defense contractors sell their wares.

"We need to do, as the U.S. government, a better job of strategic advocacy for some of our companies," Kaidanow said. "We need to think about how might they sell things that are a little bit harder to sell."