‘Mail fishing’ is so bad in New Jersey, it’s now the focus of a federal investigation 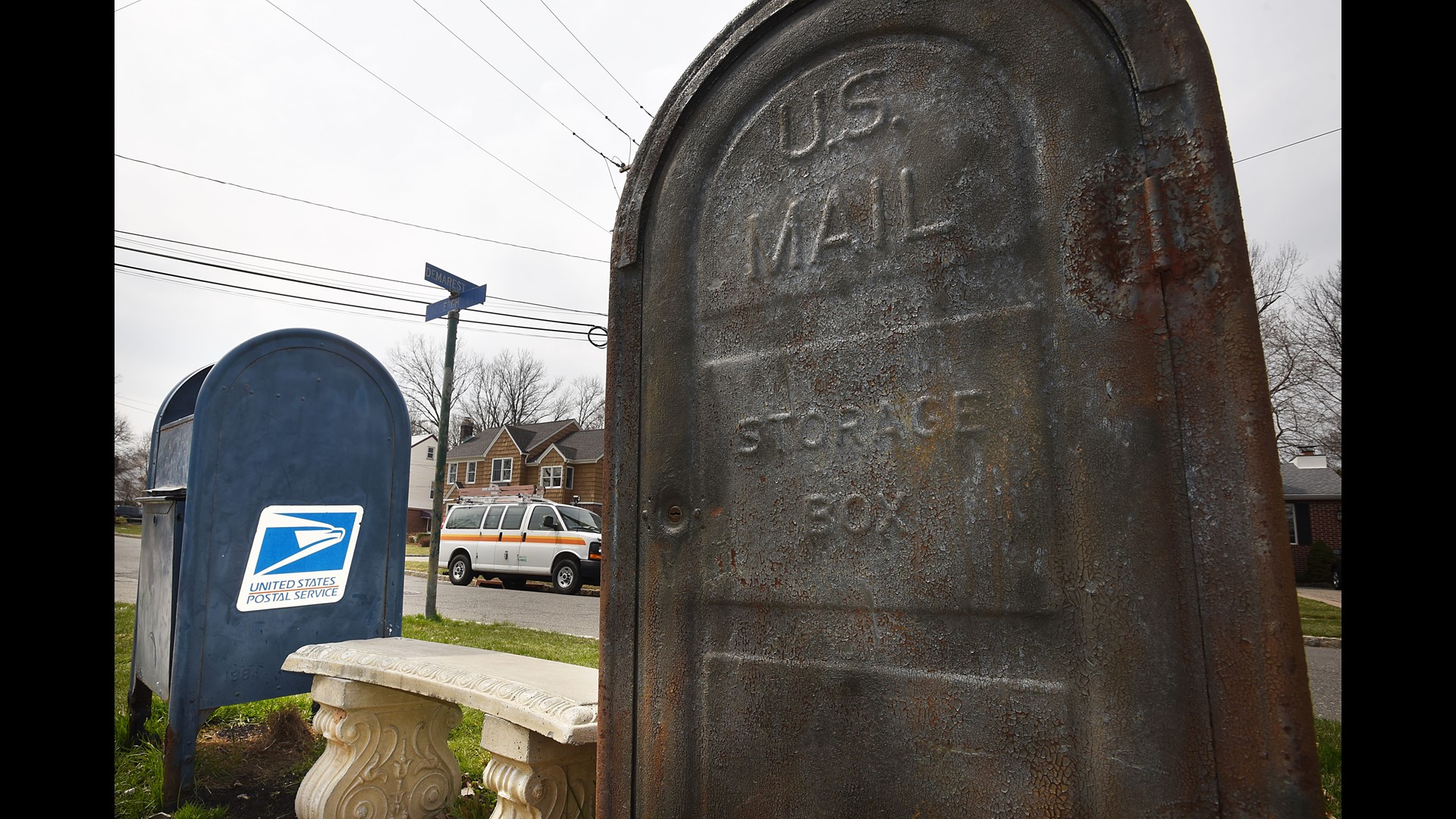 Woodland Park, N.J. — Long a symbol of convenience and security to postal patrons, that iconic blue mailbox at the corner means something very different to thieves prowling the streets of North Jersey: a potential gold mine of checks to be cashed.

In recent months, police throughout the area have seen a rash of mail fishing thefts — low-tech crimes in which rudimentary tools are covered with sticky substances to pluck bank documents, checks and birthday cards out of collection boxes.

The uptick in thefts, now the focus of a federal investigation, has prompted U.S. postal officials to mount a multi-pronged defense to educate patrons on ways to protect their mail. Meanwhile, police have made numerous arrests and caught suspects in the act.

"It's gotten to be a giant problem," said Robert Coyle, chief of police in Totowa, where eight people have reported checks stolen and fraudulently deposited. "They're almost telling people, 'Don't put your mail in mailboxes.' "

Began in the Bronx

In most cases of mail fishing, suspects use bottles slathered with the glue found on traps for insects and mice. String is tied to the bottlenecks to reel mail into their hands.

Police say suspects almost always give checks they find to other people, who alter the names of the intended payees. One officer described the third party as a pawn, saying he or she likely gets a slice of the profit after making the deposit. Identity theft also is a concern, as personal checks have account holders' routing numbers and other banking information.

The spate of thefts started across the Hudson River in the Bronx, from where they eventually branched out to the rest of New York City before spreading to New Jersey, said Gregory Kliemisch, head postal inspector for the Newark division of the U.S. Postal Inspection Service, the law enforcement arm of the U.S. Postal Service.

Englewood, Fair Lawn, Ridgewood, Bloomfield and Woodland Park are among 13 municipalities in Bergen, Essex and Passaic counties where Kliemisch confirmed an ongoing probe of mailbox fishing.

"When they were confronted," the captain said, "they were observed to have the fishing device and mail that wasn't in their name."

Hintze said three of the four men arrested as a result of those incidents in July and February were from New York City. All of them were accused of identity theft, possession of burglary tools, trafficking personal information and other offenses.

Bloomfield Detective Lt. Patsy Spatola said police were dealing with dozens of reports of fraud suspected to be linked to fishing incidents.

In Glen Ridge, Capt. Sean Quinn said police were contacted by 15 victims who claimed their bank accounts were compromised. About half of those complaints were reported in the past two months, he said.

And, Detective Nick Varcadipane, who is handling Totowa's fishing incidents, said he fears he will hear more complaints because the borough had its third case less than two weeks ago. He said 11 suspects were arrested in connection with local cases.

Kliemisch said the nature of the crime is changing. Where suspects used to be more careful about locations of collection boxes they hit, he said, recent incidents have been rather brazen.

Thieves twice tried to pick off a well-illuminated collection box in Maywood — cases that mirror the incidents in Fort Lee, where men were seen standing near a box after dark.

Maywood's incidents in January and this month yielded five arrests, according to Police Chief David Pegg, who said he does not think the crimes are being perpetrated by an organized ring.

"There's no honor among thieves," the chief said. "Someone might have started this and figured it out, but I think the groups are just branching out."

"Some may be working for a larger group," Kliemisch said, "but a lot of the ones we see are single cells or subjects partaking in this crime."

More: Your guide to avoiding tax identity theft in 2018 and beyond

How to protect mail

Ridgefield, a borough of 11,000 residents, has experienced its fair share of fishing incidents, beginning two years ago. It is in the cross-hairs: It borders nine urban towns, including Fort Lee, and is less than 5 miles from the George Washington Bridge to Manhattan, close to where the cases arose.

"It was a pain in the neck in 2016," Detective Joseph Malanga said, adding that police have worked on more than 20 cases of fraud since that time. "We got hit hard."

Malanga and Police Chief Thomas Gallagher are telling patrons to avoid collection boxes altogether. They are not the only ones — practically every officer interviewed for this report recommended such a precaution.

But George Flood, a Postal Service spokesman, said he disagrees with that advice. Despite the spree of fishing incidents, he said, collection boxes serve a valuable purpose. "We need to provide access to mail services for all of our customers," he said.

Credit: Courtesy of U.S. Postal Inspection Service
This decal, which warns postal patrons to avoid putting mail in collection boxes after the last pickup time of the day, has been to adhered to many New Jersey boxes.

The Postal Service is "implementing innovative methods" to protect mail, Flood said. He would not specify what that means, other than to say collection boxes are being replaced with new models.

Flood said yellow decals with bilingual messages are also being attached to collection boxes to warn patrons to drop mail in them before the last pickup time of the day.

"Collection times are very important," Kliemisch said, noting that final pickups typically occur at 5 p.m. "If a customer deposits a letter at 5:01 p.m., they have this assumption it's postmarked at that time. Unfortunately, that letter just sits in the mailbox throughout the evening hours and isn't picked up until the next business day."

Patrons also should not drop mail in collection boxes over holiday weekends, or on nights before holidays, when it might accumulate, said Quinn, the Glen Ridge captain. He noted that the most common time for a fishing incident is Sunday night.

With so many layers of deception, authorities say, the cons can be hard to track. And there usually is a lag of up to a month before a victim realizes he or she was duped.

"How many times have you mailed a letter, it didn't get there, and you blamed the Postal Service?" said Pegg, the Maywood chief. "Right? How many times has that happened?"

WERE YOU SCAMMED?: If you think you were a victim of fraud, identity theft or another mail-related crime, report it at postalinspectors.uspis.gov, or call 877-876-2455.