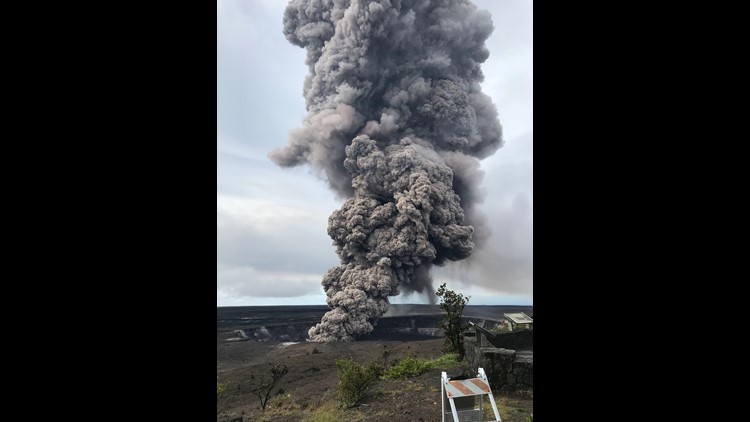 Photo by: HO, AFP/Getty Images
This image obtained May 10, 2018, released by the U.S. Geological Survey shows ash column as it rises from the Overlook crater at the summit of K'lauea Volcano on May 9, 2018.

As Hawaii endures a week-long eruption of the Kilauea volcano on the Big Island, some Hawaiians have an idea of who might be behind it all: Pele, the honored female deity of fire.

Pele is considered the Hawaiian fire goddess, and the daughter of Haumea, the earth mother.

Legend has it that Pele was born in Tahiti, but after angering her sister Na-maka-o-kaha'i, the akua of the sea, Pele was banished from the island. The akua embarked on a journey in exile in pursuit of a fiery dwelling. 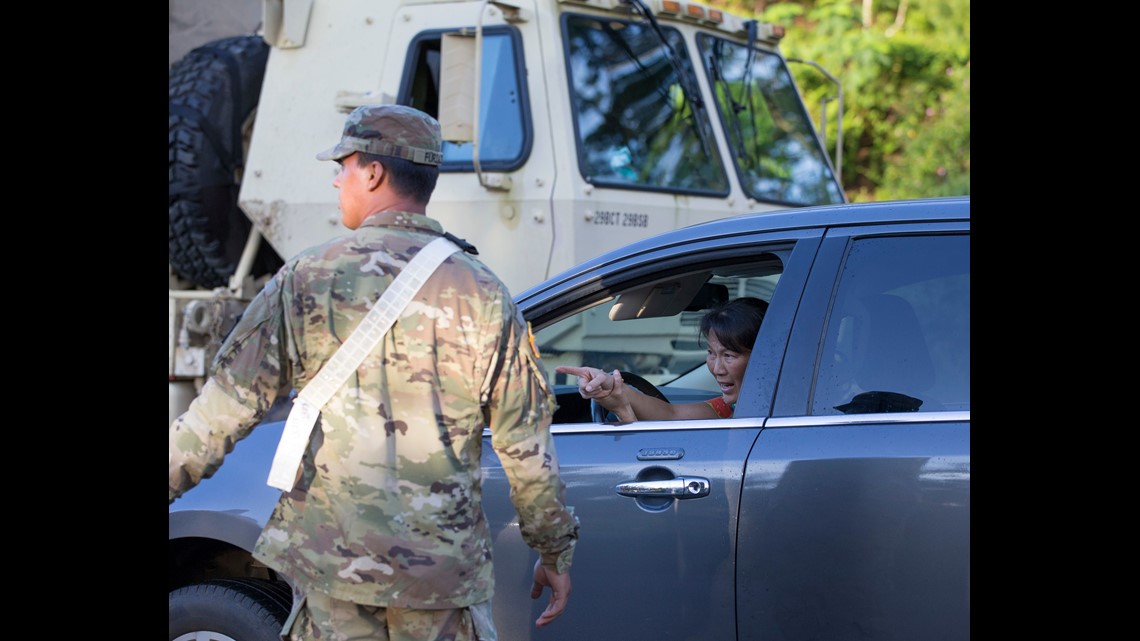 "She looked for a place to dig the fire pit and make her home," Kame'eleihiwa explained. "And she finally finds that island and the place is called Kilauea."

For 100 generations, Kame'eleihiwa said Hawaiian women have shaped their identities off the beauty of her volatile eruptions and the magnitude of her strength, which is documented in photographs displaying her vibrant red hue.

Sometimes referred to as Madame Pele, or Tutu – grandmother – Pele is hailed as the powerful force behind Kilauea's decades-long eruptions.

The volcano has been in a constant, on-off state of eruption since 1983, although this eruption is a more severe case.

"She is very dynamic, sometimes very angry. Quick to anger and quick to forgive. But she’s a force to be reckoned with," explained Kame'eleihiwa.

Kame'eleihiwa said Pele will change form from fire into a human body. She will appear as an old woman with red hair on the side of the road, or a young vibrant mother giving birth.

The personification of elements into akuas is a long-held practice of Hawaiians who remain connected to their ancestors through chants, songs and prayers about the natural world. Kame'eleihiwa said everything has a divine purpose, which Hawaiians take care to acknowledge and honor in their cultural rites.

Kekuhi Kealiikanakaole, who lives on the volcanic landscape as the creator and trainer for Kumu Hula, said that Pele teaches Hawaiians how to live on an island.

"We must treat the landscape and others on the landscape as if our lives depend on one another-people, forest, trees, fresh water," she said. "The Pele reminds us that as short as our human life is we must be good stewards."

She also said people in her community "come to pray, make offerings, watch in silence, or just come to be in the presence of creation because Pele is a visually dramatic phenomenon."

As a hula performer, Kealiikanakaole honors the memory of the property and lives lost through the years of Pele's volcanic rage by sharing family stories, and through hula's traditional songs, chants and dances.

Kame'eleihiwa understands that some will disregard the legend of Pele and other goddesses, she said that native Hawaiians understand how their ancestors wanted them to treat the land, which is passed down through messages given by akuas.

“I think before people rebuild houses, they should refer to Hawaiian experts," she explains. What often happens is the Hawaiian system is disregarded as superstition, and you can say that, but Pele is erupting, so that’s something."

As the Honolulu Civil Beat reported, not everyone shares the ancient belief that Pele is a deity.

'This is Pele's place'

Sometimes, Kame'eleihiwa said, Pele needs to cleanse the land. It's the akua's way of reminding the people how the island must be treated, and that she feels the desecration of the land.

At the end of the day, Pele will take what is rightfully hers.

"As long as Pele is erupting, we say she is dancing," said Kame'eleihiwa, who referenced the sudden uptick in earthquakes as Pele in labor. "She is giving birth to land."