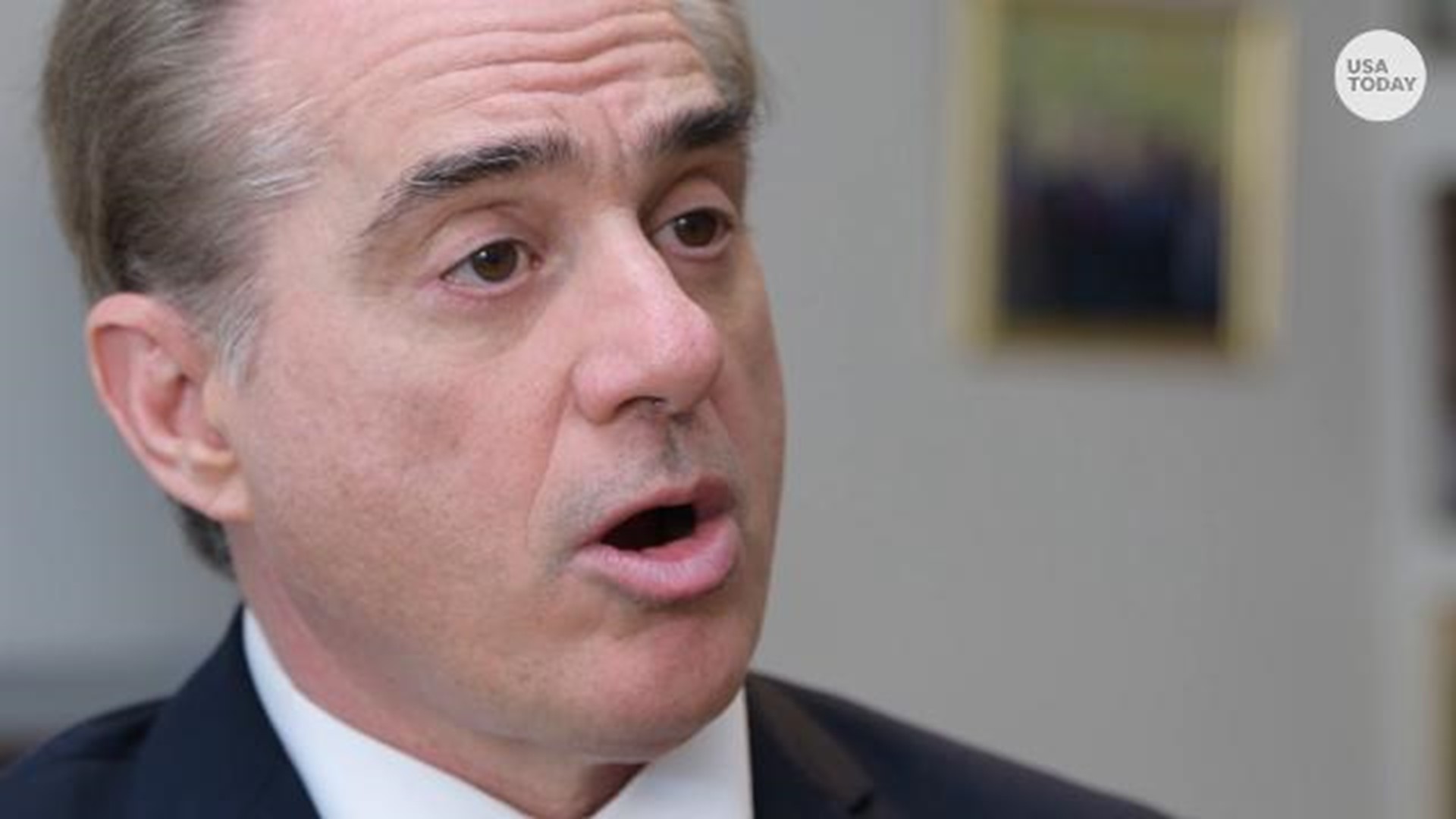 WASHINGTON — At least 40 organizations actively lobbied on legislation that would provide veterans permanent options to get VA-sponsored care in the private sector, a USA TODAY review of hundreds of Senate reports show.

Their varied missions provide a revealing snapshot of who actually stands to benefit — or lose — amid the debate over the agency’s future and how much care VA should pay for in the private sector. Here's the rundown:

Among them are labor groups — a national nurses’ union and the American Federation of Government Employees — whose membership ranks could be slashed if VA hospitals are shuttered and more care is provided in the private sector.

“When you have a plan that discontinues in-house medical services and allows funds appropriated for in-house care to be spent on private care, you have a recipe for full-blown privatization.”

The Association of American Medical Colleges is seeking to preserve the "direct sole-source contracting" VA has with its academic affiliates. Many VA hospitals have contractual partnerships with nearby university hospitals to help treat veterans, to share doctors and also to help provide a training ground for medical students and residents.

"Academic affiliates and medical schools and teaching hospitals have been working with the VA very closely over now almost 80 years," said Matthew Shick, the director of government relations and regulatory affairs at the association.

"I think as we've been approaching this, it's been largely protecting the successful and positive relationships that we already have — essentially not throwing out the baby with the bathwater as we expand to other community providers."

Roughly a dozen hospitals and other large private health care providers lobbied on the bill, including Ascension Health, which has medical facilities in roughly two dozen states, and Christus Health, a Catholic nonprofit with hundreds of facilities in southern states.

CVS Health, a chain with more than 9,000 drug stores and clinics across the country, also sought to influence the legislation. The company already has a partnership with VA that allows veterans in Palo Alto, Calif., and Phoenix, Ariz., to use the company’s MinuteClinics for minor illnesses.

“We believe that by working closely with local VA providers we can offer high-quality care and meet veterans’ needs as efficiently and effectively as possible,” CVS said in a statement from spokeswoman Carolyn Castel.

Ascension did not respond to messages seeking comment. Gabriela Saenz, vice president for advocacy and public policy at Christus Health, said its facilities already have been treating a lot of veterans because the VA hasn’t been able to meet their needs.

“We are very supportive of the potential to add more options for veterans,” she said.

Also weighing in on the legislation were two outside contractors that currently coordinate private care under the VA Choice program. That program provides private options to veterans who have to wait longer than 30 days or travel more than 40 miles for a VA appointment. The legislation would make the program permanent.

Both companies, Health Net and TriWest Healthcare Alliance, said they don’t believe the VA can meet veteran demand without private sector help. TriWest President David McIntyre said the goal is not to replace VA health care but to create “elasticity” in the system — outside capacity to meet demand only when the VA can’t.

“Those that have argued this stuff is about privatization really don’t know what they’re talking about,” he said.

Among the other interests who lobbied on the issue are technology companies seeking to provide digital security for so-called VA Choice cards — the cards provided to veterans that they present to private care providers.

Illinois-based Zebra Technologies says it has pushed the VA to consolidate those cards with other VA ID cards into a single "multi-functional smart card using chip-and-pin technology."

"This would enhance identity security for Veterans as well as allow the VA to internally better connect Veterans to their electronic health records," said Chris Sullivan, global healthcare practice leader at Zebra.

Executives at Maryland-based Qlarent, formerly Quality Health Strategies, say the company already helps Medicare and Medicaid ferret out waste and fraud, and they want to spread that to the VA, where internal investigators already have found millions in improper payments.

"The last thing that you want is that you get into this, and a year later, ...you’ve got all kinds of improper payments that have been going out, and everyone's wondering, 'Well, what's happening and where did all this money go?'" said Ron Forsythe, president of Qlarent. "And our goal is to  stop that before it happens."

A couple of philanthropic ventures founded in recent years to provide mental health care to post-9/11 veterans also were in the lobbying mix, looking for VA funding for their programs.

The Cohen Veterans Network was founded in 2016 by billionaire hedge fund manager Steven Cohen, who committed $275 million to the effort to set up dozens of clinics across the country. There are nine so far dotting the East Coast, Texas, and Colorado. They currently provide low or no-cost outpatient treatment for veterans and their family members bankrolled by Cohen’s contribution.

“Veterans don’t always want to go to the VA so they’re coming to us,” Executive Director Anthony Hassan said.

He said getting VA to help pay for the treatment will allow the nonprofit organization to stretch Cohen’s contribution to serve more veterans, not line anyone’s pockets. Hassan said being a private organization allows for greater, quicker innovation in veteran treatment than the VA, and the group wants to fill gaps unaddressed by VA, not undermine the federal agency.

“This idea that people are trying to privatize the VA, that’s not us,” he said.

A similar network was created by the Wounded Warrior Project in 2015 with $100 million in grants to fund mental health programs at Emory University in Atlanta, Massachusetts General Hospital in Boston, University of California, Los Angeles, and Rush University Medical Center in Chicago.

Will Beiersdorf, executive director of the Rush University program, said post 9/11 veterans often have been deployed multiple times and the VA has been overwhelmed and hasn’t always been able to meet their needs.

“Some of these vets, some of these men and women have been in those programs,” he said. “For whatever reason, something just didn’t work, so this is sometimes another choice, another opportunity.”