Billie McGruder, who turns 80 next month, has lived in the home for decades. 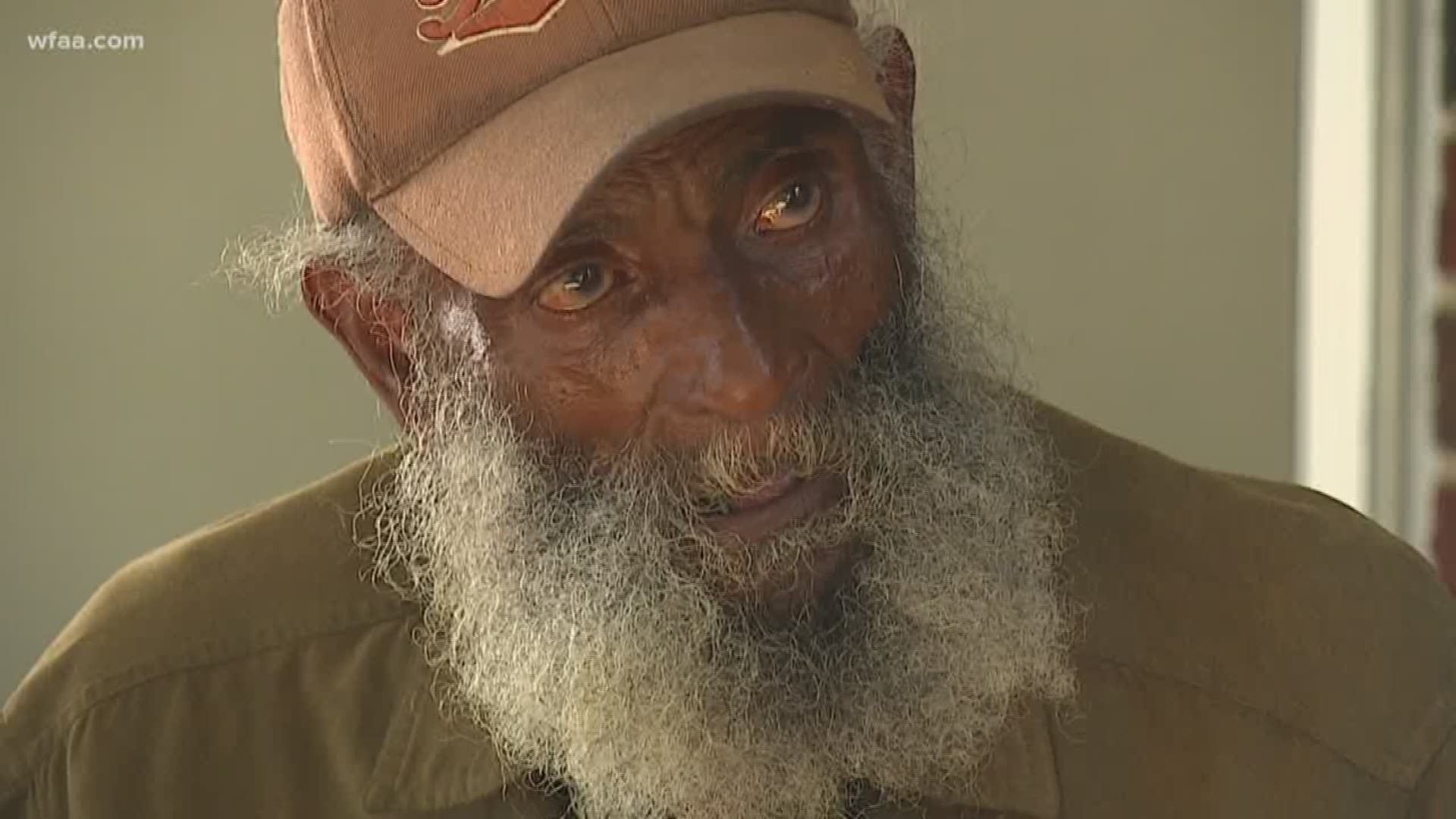 FORT WORTH, Texas -- At 1009 Marion Avenue, there's a house turned inside out and a life turned upside down. Billie McGruder's possessions are now on his old front yard because he was evicted Friday.

"Your neighbors see you get put outdoors in the middle of the morning," said McGruder. "It's mind-boggling."

McGruder, who turns 80 next month, has lived in the home for decades. His parents bought the house in the 1930s. Today, photographs of them were among the items scattered on the lawn. Furniture, record players, old clothes and coffee mugs were piled up.

This afternoon, hours after the eviction, all he could do was sit and stare at his old house from his neighbor's porch across the street.

"As long as he don't have a home, he has one here," said neighbor Anthony Drake, Jr.

Drake and his wife are trying to help. They're storing some of McGruder's most prized belongings and trying to give him support. Drake grew up on Marion Avenue and says McGruder was always there. "This is the only grandfather I know," said Drake. "Yeah, it's hard."

Drake says he's seen McGruder's mind start to slip in recent years. When WFAA asked McGruder his age, he said he was 68, though he is actually 79. "He understands but he doesn't understand," explained Drake.

McGruder said that he didn't know what was happening to his home in recent months. He said he didn't understand the urgent letters about delinquent taxes, and he didn't realize that his home was being placed up for auction. It was sold on January 2, 2017, to a new owner.

Tarrant County Precinct 8 Constable Michael Campbell told WFAA that the eviction went by the book. The writ had been delayed over a month to try to get assistance from a social worker, but there was a court order to execute it without further delay. "He had an opportunity to file a legal challenge to the writ," said Constable Campbell.

Yamal Mulid is the new owner of 1009 Marion Avenue. Reached by phone on Friday, he said he did not know anything about the current owner when he purchased the property at auction. "If I knew this was going to happen or the old man is in the house, I would never have bought the house," he said.

He needed to take possession of the property and he said McGruder was not responsive to previous attempts to contact him. He said he needs to fix the house, but he is willing to rent the home back to McGruder at a discounted price. He also said he would sell it back to him for $38,000, the price he paid at auction.

That is hard to imagine for McGruder, who lives on his income from Social Security. Right now, all he can do is worry about tomorrow. "I'll stay in one of these motels or something for the night and wake up tomorrow and see what happens," he said.