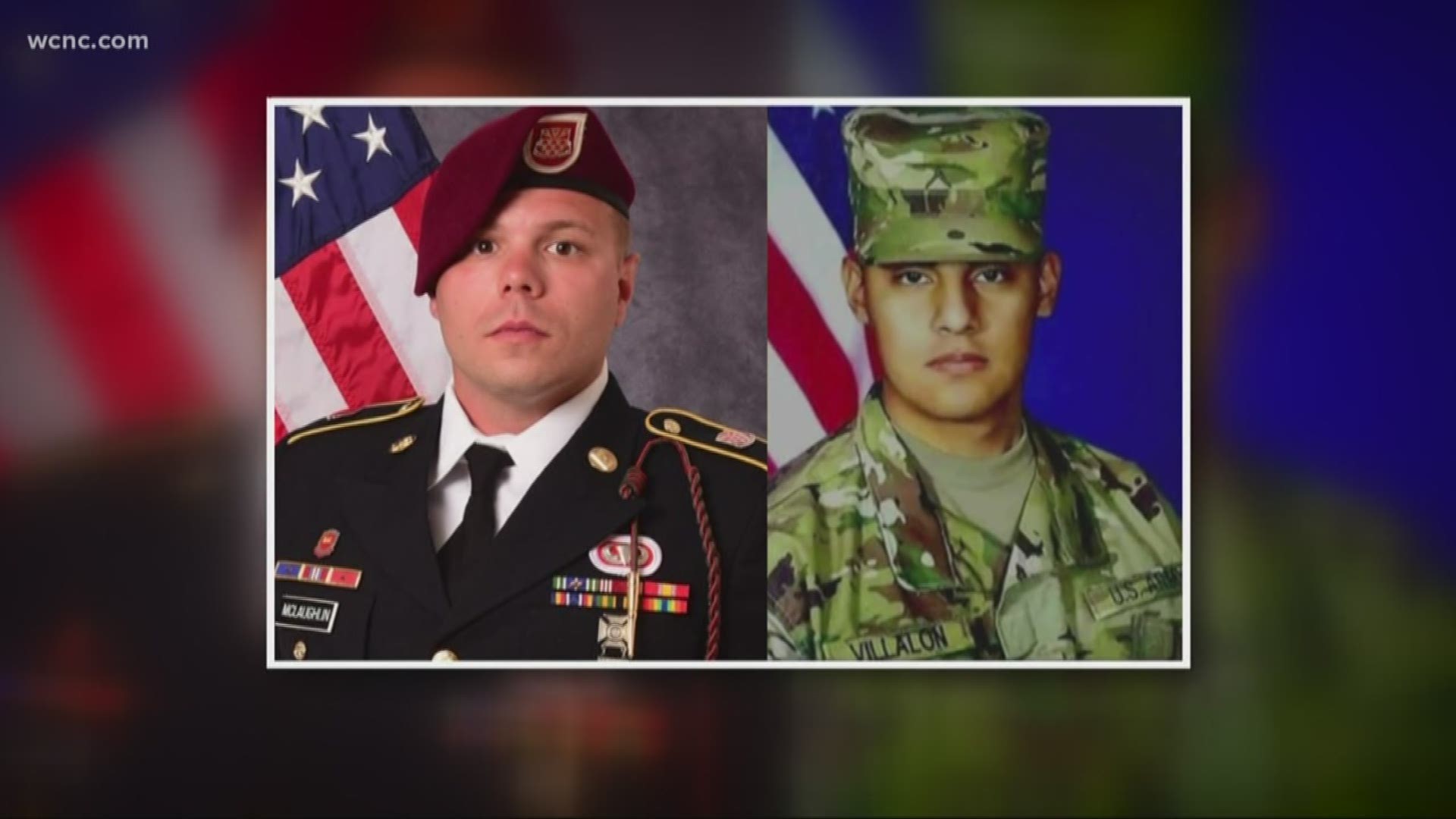 KABUL, Afghanistan — The Pentagon says the two soldiers killed Saturday in Afghanistan by a roadside bomb were from Virginia and Illinois.

The Pentagon says their vehicle was struck by an explosive, and that two other soldiers were injured.

A Defense Department news release said the two 82nd Airborne Division Paratroopers were killed when their vehicle was hit by an improvised explosive device in Kandahar Province, Afghanistan.

RELATED: Iran prepares for demonstrations after saying plane was shot down

RELATED: 2 US troops killed by roadside bomb in Afghanistan

McLaughlin joined the Army in 2012, and after completing Basic Combat Training and Advanced Individual Training, he was assigned to the 68th Engineer Company, 62nd Engineer Battalion at Fort Hood, Texas, as a Horizontal Construction Engineer.

In 2016, he was assigned to the 307th Airborne Engineer Battalion, 3rd Brigade Combat Team, 82nd Airborne Division at Fort Bragg, North Carolina, where he served as a Horizontal Construction Engineer and later as a Squad Leader. This was McLaughlin's first combat deployment.

He was a 2018 graduate of the U.S. Army Advanced Airborne School Jumpmaster Course.

McLaughlin is survived by his wife and four children.

The city of Aurora had identified Villalon as one of the soldiers who died. They said Villalon was a former student of East Aurora High School and he "was proud to serve in the United States Army and protect his country."

Aurora Mayor Richard C. Irvin, an Army veteran, said the city's prayers and condolences are with the Villalon family.

“Miguel was a young soldier with dreams for the future and a desire to make a difference in the world today. Much like all of us who have left from our hometown of Aurora to serve our country, our goal is to do our job well and return to our family and friends," said Irvin. "Sadly, Miguel made the ultimate sacrifice as he protected our freedom from the front lines. The City of Lights shines much dimmer because of this loss. We’ll stand with his family and provide support. Godspeed, young soldier.”

The Associated Press reports that the U.S. currently has about 13,000 troops in Afghanistan—about 5,000 of whom are doing counterterrorism missions. The rest are training, advising and assisting the Afghan security forces.

More than 2,400 U.S. service members have been killed in Afghanistan. Last year was one of the deadliest for the United States, with 23 American troops killed, even as Washington engaged in peace talks with the Taliban.

The soldiers were conducting operations as part of NATO's Resolute Support Mission.

Defense officials said the incident is under investigation.