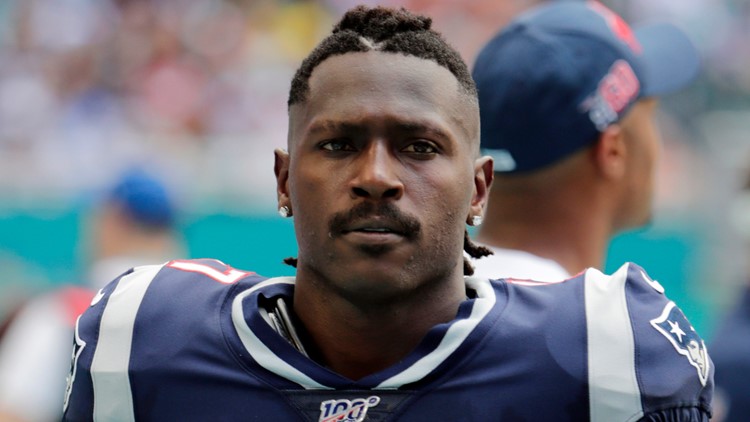 Photo by: AP Photo/Lynne Sladky, File
In this Sunday, Sept. 15, 2019, file photo, New England Patriots wide receiver Antonio Brown (17) on the sidelines, during the first half at an NFL football game against the Miami Dolphins in Miami Gardens, Fla.

Antonio Brown turns himself in to police

NFL free agent Antonio Brown has turned himself in at a Florida jail on charges related to accusations that he and his trainer attacked another man.

Brown arrived at Broward County Jail around 10 p.m. Thursday. His lawyer indicated that Brown would spend the night in jail.

The lawyer also said Brown was innocent of the charges, which include burglary with battery.

The trainer, Glen Holt, was arrested and charged with one count of burglary with battery.

The wide receiver played nine seasons with the Pittsburgh Steelers before being traded to the Oakland Raiders last year. He was released by the Raiders and subsequently signed and released by the New England Patriots.