The measure says abortions can't happen after a fetal heartbeat is detected. 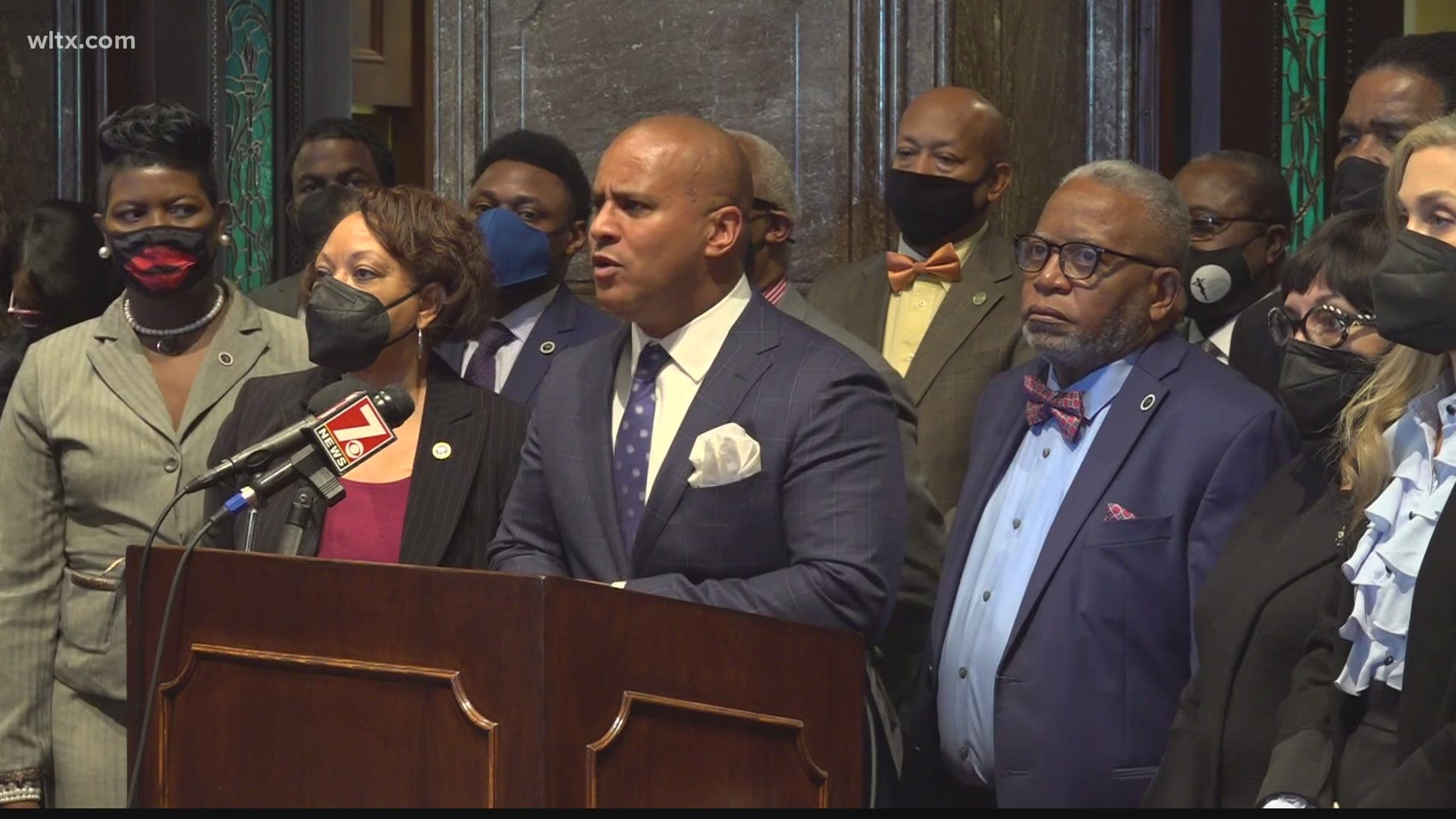 COLUMBIA, S.C. — A bill that will ban most abortions in South Carolina will soon head to the governor for his signature after passing its final major legislative hurdle Wednesday.

The House on Wednesday voted 79-35 in favor of the “South Carolina Fetal Heartbeat and Protection from Abortion Act.” Dozens of lawmakers applauded after the vote tally was read aloud by the clerk and House speaker.

The vote completes an expedited process this session to get the measure approved. The proposal passed the Senate on January 28.

While it's got a procedural vote Thursday, that's largely a formality. South Carolina Gov. Henry McMaster says he'll sign it as soon as it crosses his desk, which could happen by the end of Thursday.

"It's time, it's a good step forward to protecting all of the people of South Carolina,' McMaster said about an hour after its passing. "I'm confident it's going to make a difference in this state."

Earlier in the day, Democratic members of the South Carolina House walked out of the chamber to protest the bill.  Rep. Todd Rutherford said the Democratic Caucus would not join in a discussion of S.1 and called it a “farce.”

RELATED: Democrats walk out of SC House in protest on abortion bill vote

The measures bans abortions after a fetal heartbeat is detected, which is typically about six weeks after conception. That's often before most women known they're pregnant.

The bill would fine doctors $10,000 for either failing to check if there's a fetal heartbeat or for performing a scan but proceeding anyway. They'd also face two years in prison on the felony charge. The bill makes no mention of penalties for women seeking an abortion.

RELATED: SC Senate passes bill to outlaw most abortions in the state

The bill has exceptions for pregnancies caused by rape and incest and when the mother's life is in danger.   Abortions are already banned in South Carolina after 20 weeks of pregnancy unless certain medical exceptions are met.

Proponents of the bill said it's necessary to protect the life of the unborn. But opponents say its an intrusion of women's rights.

The House has voted 79-35 in favor of S. 1. It will need to be read a third time and could hit the Governor’s desk for signature as early as this week. @WLTX pic.twitter.com/9ooLBzb682

When the governor signs the bill, it's unclear when or if it could be implemented.  Similar bills passed by other states have faced legal challenges, and that led opponents to say this measure to say it was futile until there's hearing on those other cases.

The 1973 Supreme Court case "Roe vs. Wade" determined abortions were legal under a standard created back then. Efforts to overturn it have largely proved unsuccessful. But McMaster said that the new makeup of the U.S. Supreme Court--which became more conservative after several appointments by former President Trump--could tip the current debate toward the pro-life side.

""It will stand because it's the right answer to a very serious question," he said.