Six people were rescued shortly after the incident. The Coast Guard and good Samaritan vessels are continuing the search and rescue operation in the Gulf. 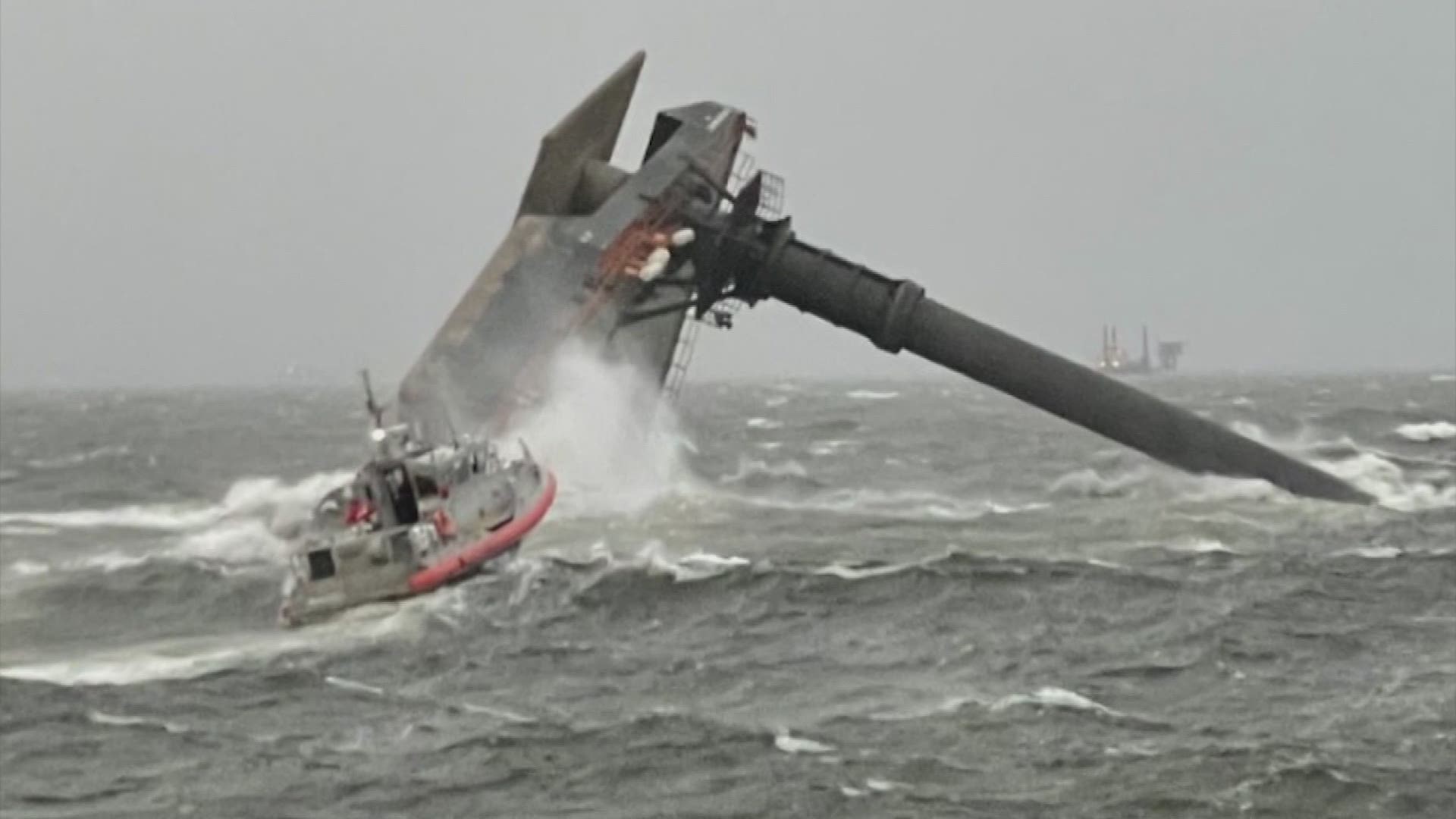 HOUSTON — One person died and 12 others remain missing after a liftboat capsized off the Louisiana coast, the U.S. Coast Guard confirmed.

Note: the video in this story is from a Wednesday morning press conference with the U.S. Coast Guard

At a Wednesday morning press conference, Coast Guard Captain Will E. Watson said the weather conditions when the boat capsized were very "challenging," but he stopped short of speculating on what caused the incident.

The boat is owned by Houston-based Seacor Marine, which Watson said is working to contact and help impacted families.

The Coast Guard and several good Samaritan vessels continued their search and rescue efforts in the Gulf of Mexico, just miles south of Port Fourchon.

“We have to remain hopeful and optimistic,” said Watson. “We are giving it all we’ve got.”

The Coast Guard said they believe there is "minimal environmental impact" from this incident, although they are still looking into what the a 129-foot commercial liftboat was hauling.

According to MarineTraffic.com, the vessel left port around 2:12 p.m. A source tells WWL-TV that the Seacor Power capsized shortly after 4 p.m. A Coast Guard Fast Response Cutter was on the scene within 30 minutes, according to authorities.

Watson said at the time of the incident, there were 80- to 90-mph-winds, seven- to nine-foot seas with "extremely limited visibility." Watson said forecasters knew there would be poor weather off the coast Tuesday, but they did not expect it to be as bad as it was.

Watson said there would be an investigation, but their main focus right now was the rescue operation, adding that when they are in a search and rescue situation, they always remain "hopeful."

It's believed the vessel is currently in about 55 feet of water and is not drifting, Watson said. Officials presume the boat is aground.

The search continues in the immediate area and in a "successive pattern" around it.

Some social media videos from boats that were reportedly in the area showed wind gusts at times in the triple digits, WWLTV in New Orleans reported.

The following rescue crews searched for the missing crew overnight into early Wednesday:

Seacor issued a statement thanking the Coast Guard and good Samaritan vessels and saying they are "deeply saddened" and their "hearts and prayers go out to everyone involved."

Liftboats are large platform vessels used to transport crews and equipment to and from oil rigs in The Gulf.

WWL-TV in New Orleans contributed to this report